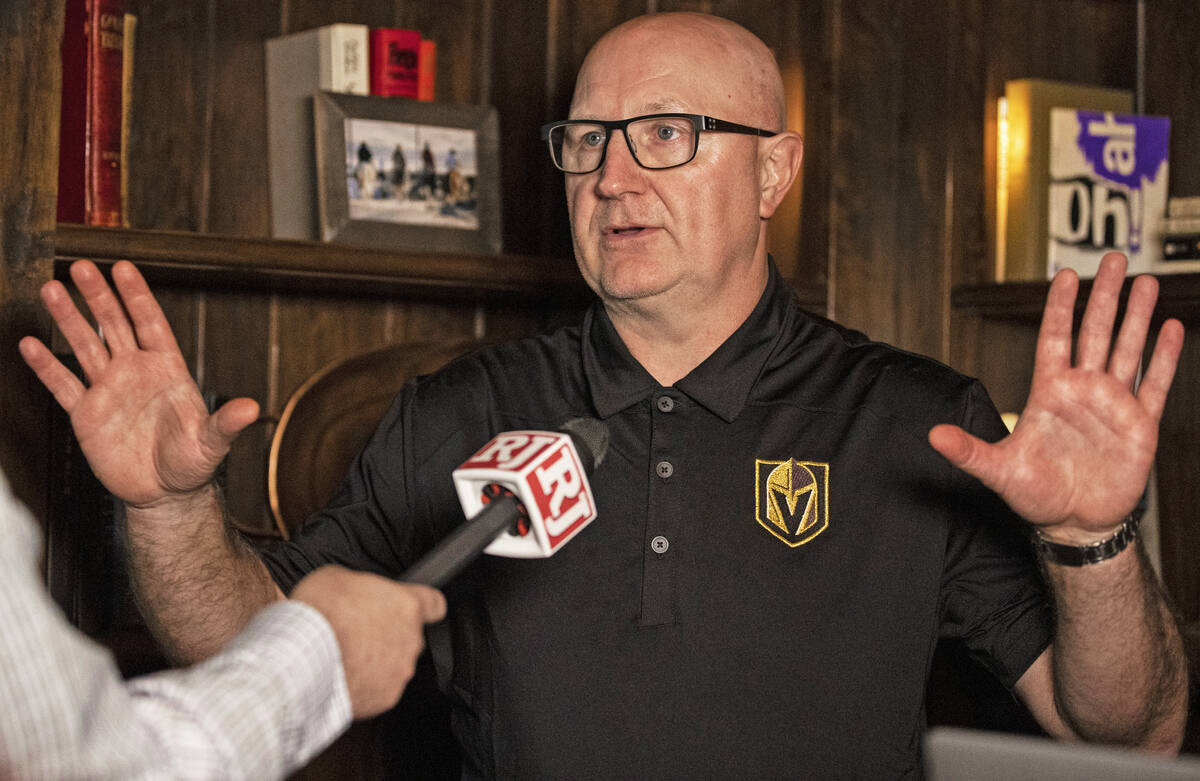 The NHL’s first in-person draft in three years will be packed with intrigue Thursday, as Montreal decides whether Canadian center Shane Wright or Slovakian winger Juraj Slafkovsky will be the No. 1 overall pick.

The Golden Knights aren’t facing nearly that kind of pressure in the first round. It’s likely they won’t be picking at all.

The Knights sent the 16th pick to Buffalo as part of November’s trade for Jack Eichel. They will begin the draft without a first-round selection for the second time in six years and aren’t scheduled to pick until No. 48 in the second round Friday.

The Knights also didn’t have a first-round pick in 2018 and started their draft at No. 61 with center Ivan Morozov, who has since become one of their top prospects. They’re hoping to repeat that experience at Montreal’s Bell Centre.

“I think there’s actually quite good depth (in this draft),” Knights assistant director of player personnel Bob Lowes said. “We’re excited at 48 in the work we’ve done and the player that we’ll get there. We think we’ll get some real good value, much like we did with Morozov.”

The Knights are scheduled to have six selections starting with their own second-round pick at No. 48. They also have their own fifth- (145), sixth- (177) and seventh-round picks (209). The Knights have the New York Rangers’ third-round pick (95) from the Ryan Reaves trade last summer and Chicago’s fifth-round selection (135) from the Mattias Janmark deal at the 2021 trade deadline.

They lost their own third-round pick when acquiring Janmark and their fourth-round pick in a 2020 draft trade to get goaltender Jesper Vikman.

The Knights still have a chance to add to a farm system that was ranked 22nd midseason by The Athletic. They have promising prospects at every position, so there is no obvious organizational need that stands out.

“I don’t think we’re looking at a certain type of position,” Lowes said. “We’re just trying to take the best player, and that frees you up a little bit for that if you feel you have some depth in all areas. You don’t have to take the next defenseman on your list that’s maybe not the next guy on your list.”

One thing that will be different this year compared to the previous two is the Knights will draft in-person in Montreal rather than picking virtually in Montana in 2020 and Las Vegas in 2021. It’s a return to the event’s usual pageantry, but there are some things Lowes will miss.

“Different dynamic when you can sit in the room and chat freely than being at a table when there’s so many other teams around you,” Lowes said. “It’s been pretty exciting (being in-person), but there were some things that we found out doing it virtually … that were kind of beneficial.”