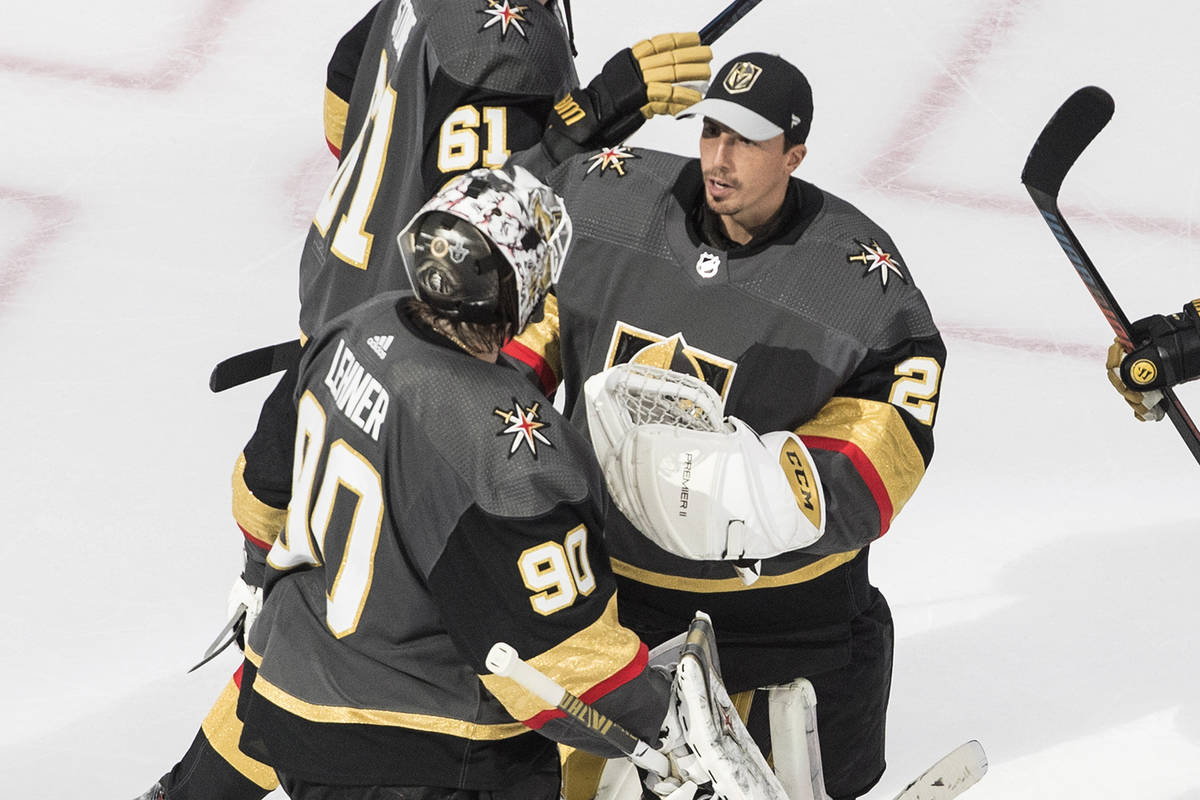 Robin Lehner and Anton Khuodobin will face off for the third straight game Saturday in Game 4 of the Western Conference Final between the Golden Knights and Dallas Stars at Rogers Place in Edmonton, Alberta.

Each goaltender has won a game in that span. Lehner shut out the Stars in Game 2, while Khudobin made 38 saves in an overtime victory in Game 3.

Khudobin also shut out the Knights in Game 1 against Marc-Andre Fleury.

Lehner is 9-5 with a .921 save percentage and a 1.92 goals-against average this postseason. He has claimed the crease from Fleury and posted a league-leading four shutouts in the playoffs.

That’s led to speculation about the Knights’ future in net. Lehner, a pending unrestricted free agent, denied a report by The Fourth Period on Friday that said he had agreed to a contract extension.

“It’s not true,” Lehner said. “It’s kind of annoying. Here in the conference final and people are saying things they don’t know. It’s adding on to this thing that’s been going on here, you know?

Khudobin is 10-6 with a .915 save percentage and 2.77 goals-against average. The Stars have had to rely on him with primary starter Ben Bishop largely unavailable and the 34-year-old Russian has been more than up to the task.

Khudobin had played 37:42 in the postseason before this year. He has played five more games this season than he ever has in his career.

“As a so-called number two goalie, (he’s) very reliable, very competitive,” Stars coach Rick Bowness said. “You never know how people are going to handle their first playoff experience, but that being said, he’s not a kid. He’s in his mid-30s. We’re not surprised at his ability and (that he’s) playing as well as he has.”