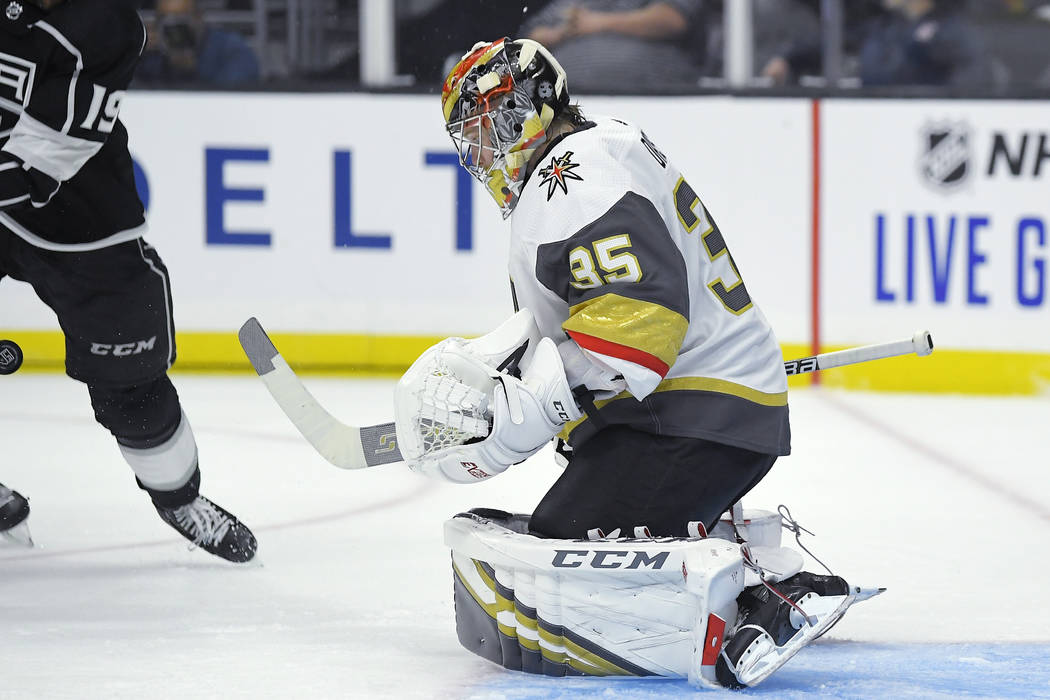 Dansk replaces the injured Malcolm Subban (lower body) and will serve as the backup to Marc-Andre Fleury when the Knights host the Calgary Flames on Saturday at T-Mobile Arena.

Dansk allowed seven goals in his only appearance this season for the Chicago Wolves. He posted a 27-13-2 record with a 2.46 goals-against average and a .913 save percentage last season, and helped the Wolves reach the Calder Cup final.