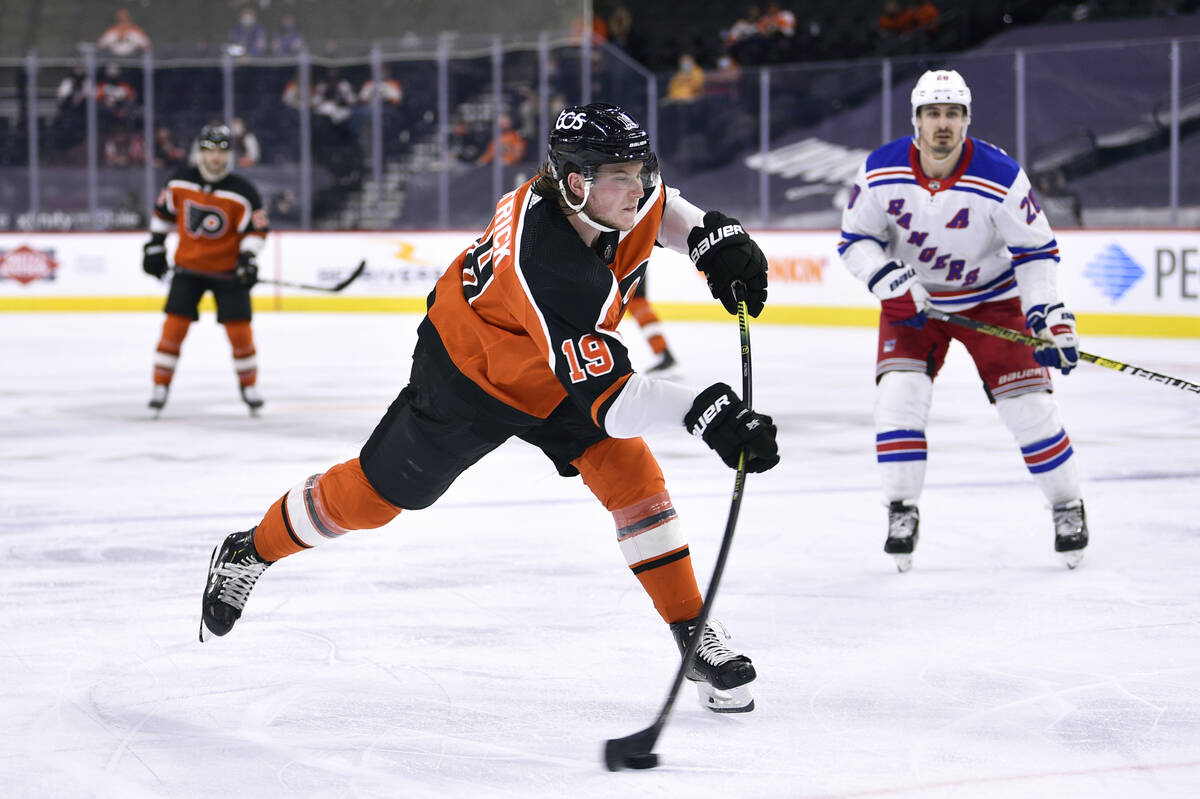 FILE - In this Saturday, March 27, 2021 file photo, Philadelphia Flyers' Nolan Patrick takes a shot on goal during the third period of an NHL hockey game against the New York Rangers in Philadelphia. On Saturday, July 17, 2021, the Flyers sent defenseman Philippe Myers and restricted free agent center Patrick to the Predators for Ryan Ellis. (AP Photo/Derik Hamilton)

The Golden Knights made sure Nolan Patrick would be at training camp on time, signing the restricted free agent to a two-year contract Sunday.

The deal carries a $1.2 million salary cap hit and runs through the 2022-23 season. Patrick, who turned 23 on Sunday, was acquired during the offseason from Philadelphia in a deal that sent former first-round pick Cody Glass to Nashville.

Patrick missed all of the 2019-20 season because of a career-threatening migraine disorder. He had four goals and nine points in 52 games last season with the Flyers and had a minus-30 rating that was tied for second-worst in the league.

The Knights open training camp Wednesday, and Patrick is expected to battle for a middle-six forward spot.

Patrick will be a restricted free agent with arbitration rights when his contract expires in 2023, according to PuckPedia.com.

A native of Winnipeg, Manitoba, Patrick was coached by Knights general manager Kelly McCrimmon in juniors with Brandon of the Western Hockey League.