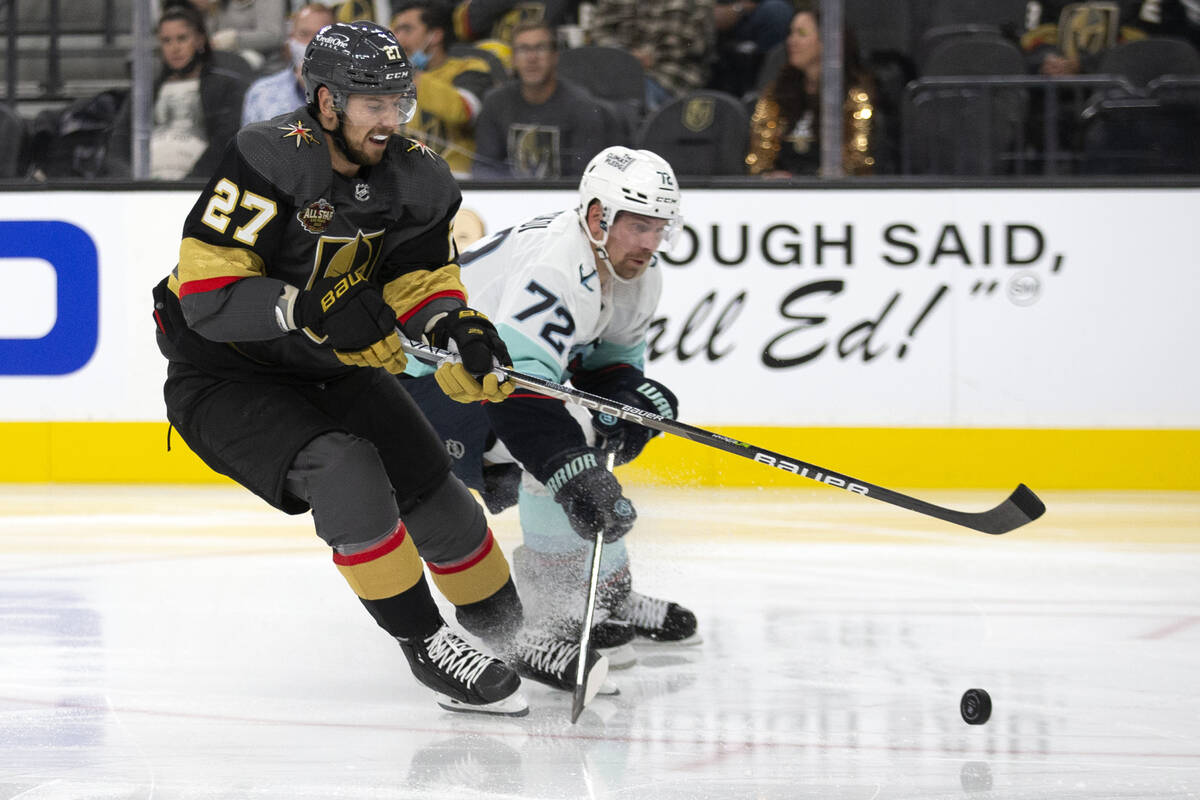 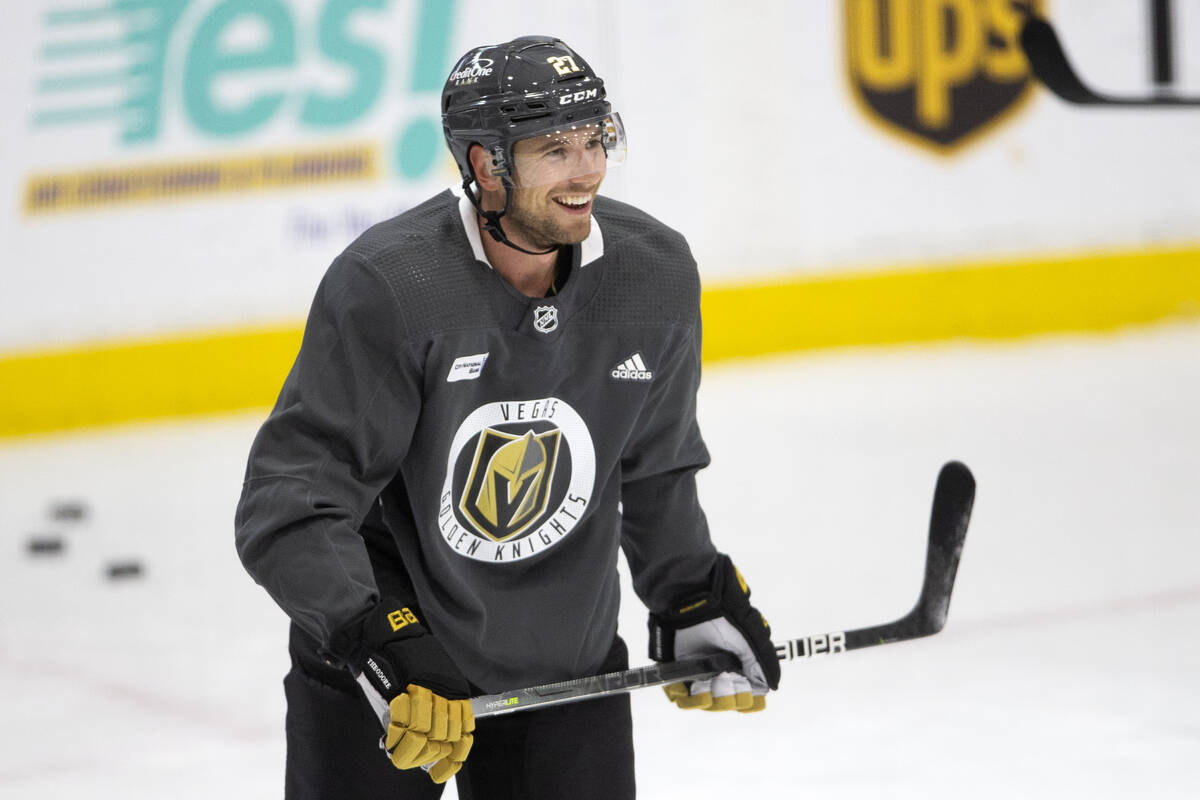 While the Golden Knights are without their two leading scorers for an extended period, someone must pick up the slack offensively in the absence of Max Pacioretty and Mark Stone.

Coach Pete DeBoer is looking toward one defenseman, in particular.

“I was talking with Pete,” Shea Theodore said. “It’s going to be something I’m going to try to have to do a better job of. Starting to try and create a little bit more offense from the back end. Obviously, without taking as many risks because you don’t want to give up too many defensively. Just trying to do whatever I can.”

The Knights are without two-thirds of their No. 1 line entering Wednesday’s game against St. Louis at T-Mobile Arena, as Pacioretty is sidelined for several weeks with a lower-body fracture and Stone is out indefinitely with a lower body injury.

Defensemen Alec Martinez and Alex Pietrangelo showed in preseason and during the opener against Seattle that they are willing to jump into the offense, even if it means being in front of the net while the forwards cover the point.

But it’s Theodore who has the most potential to drive offense from the back end at five-on-five and during the power play for the Knights.

Theodore registered 42 points (eight goals, 34 assists) in 53 games last season and was sixth in the voting for the Norris Trophy as the league’s top defenseman. He might have finished higher, except he had one point in his final eight games.

“I don’t think Shea’s game dropped off,” DeBoer said. “It was a little bit of a byproduct of our power play. If you’re going to win the Norris, you’ve got to be a big part of a successful power play. I think that’s a big piece of it.

“You’re on the highlights every night in front of everybody that’s voting on it. I think it was a little byproduct of that.”

Theodore battled through a minor injury during training camp, but at age 26 appears set to take another leap forward more than two years removed from being diagnosed with testicular cancer.

In the Knights’ 6-2 loss to Los Angeles on Thursday, Theodore scored the first goal when he moved in from the point and fired a shot that trickled past Kings goalie Calvin Petersen.

With another big season, Theodore will be in line to make Team Canada for the Olympics and could enter the discussion for the Norris Trophy again.

“I think anytime there’s the Olympics, everyone wants to be a part of that,” Theodore said. “If I can elevate my game enough to be in that consideration, obviously you want to be playing good hockey at the right time.

“There’s a lot of things to come together, but first and foremost, it’s about winning here. Our goal is to win a Stanley Cup.”