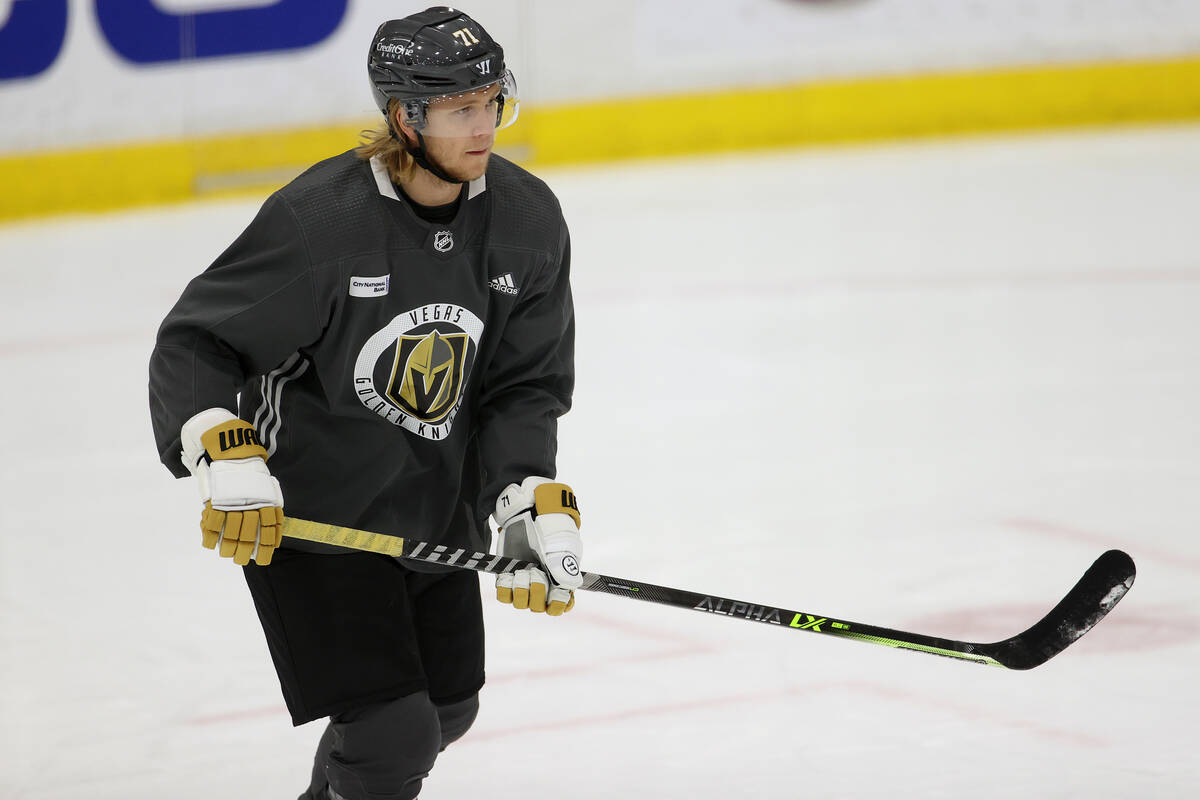 The Golden Knights aren’t in the clear from the coronavirus yet.

Center William Karlsson was placed in the NHL’s COVID-19 protocol on Monday, the team announced, while forward Michael Amadio was released from the protocol and practiced at City National Arena.

“We have one guy come back, one guy going in. It’s something that we’re dealing with,” coach Pete DeBoer said. “I’m thankful this hasn’t become a runaway train like it has in some other cities and with some other teams. It’s definitely something that’s going around.”

Karlsson is on injured reserve because of a broken foot he sustained against Anaheim on Oct. 29 and was expected to miss six weeks. It’s unclear how Karlsson’s time in protocol will affect that timeline for his recovery.

Karlsson is at least the fifth player in recent weeks to be placed in the protocol. All of the Knights have been vaccinated for COVID-19.

Forward William Carrier was cleared from protocol ahead of Wednesday’s game at Nashville, and forward Jonathan Marchessault returned from his 10-day stint in protocol prior to Saturday’s matchup with Edmonton.

Forward Brett Howden missed Wednesday’s game at Nashville when he was ruled a close contact and placed in protocol, but he was cleared last weekend.

In eight games, Karlsson produced one goal and three points and was third among the team’s forwards in average ice time at 18:56 per game.

DeBoer didn’t use the word “concussion” when explaining why defenseman Alec Martinez remains sidelined. But all indications are that’s the issue.

“He took a boot basically to the head,” DeBoer said. “When you’re dealing with head injuries, you hope it’s a week. But sometimes the symptoms last longer. That’s what we’re dealing with.”

Martinez was kicked in the face by the skate of Minnesota forward Brandon Duhaime on Nov. 11 and sustained a severe facial laceration. According to DeBoer, Martinez had no long-term damage from the cut but missed the past seven games and remains on injured reserve.

There is no clear timetable for his return.

At first glance, Marchessault appeared to score the Knights’ second goal in Saturday’s loss to Edmonton. It would have made him the first one to reach double digits.

The credit instead went to Reilly Smith, who may have slightly deflected Marchessault’s shot with his skate.

— Center Nolan Patrick is skating on his own, but DeBoer said, “I wouldn’t call him close.”

— Carrier and forward Mattias Janmark did not participate in practice Monday. DeBoer said they each took maintenance days.