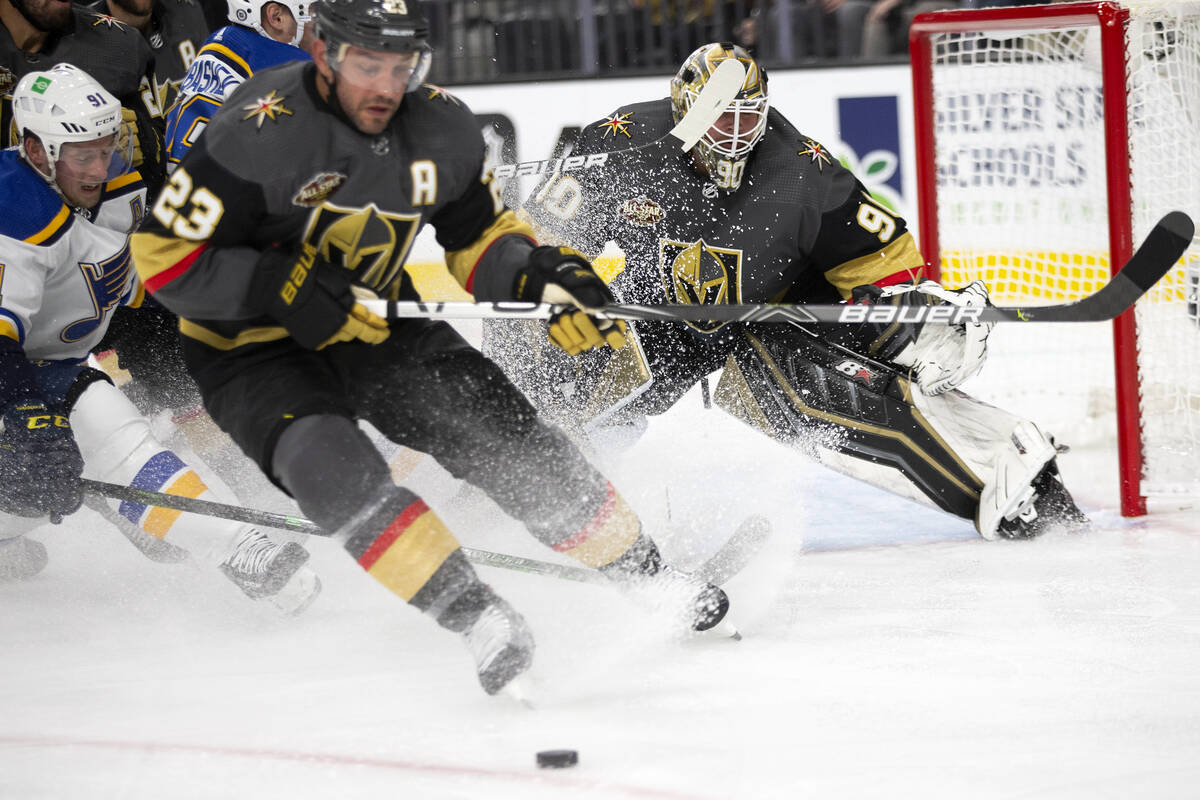 Defenseman Alec Martinez will not play Friday when the Golden Knights host the Edmonton Oilers and is listed as day to day, coach Pete DeBoer said.

Martinez was hurt in the third period of Wednesday’s loss to St. Louis when he was tripped by Blues left wing Klim Kostin and fell to the ice. The 34-year-old was slow to get up and went to the locker room after being examined by trainers.

Martinez led the NHL in blocked shots last season with 168 and played through a broken foot in the playoffs. He did not practice Thursday and underwent further testing.

“You’re always concerned, especially when a guy like that limps off because he’s as tough as they come,” DeBoer said Wednesday. “So if he’s limping off and not coming back, you know he’s hurt.”

“The thing about (Pietrangelo) is, he’s a communicator. He’s not afraid to coach and talk to a young defenseman, so I think it’s a great opportunity for Nic,” DeBoer said. “And I have great faith in Nic. Nic has all the tools to be a great NHL defenseman for a long time. He’s big, he’s rangy. He’s got a good skill level, he can move pucks. There’s not a lot not to like about him and his game.”

Also, forward Mattias Janmark is expected to be in the lineup Friday. He exited COVID-19 protocols Thursday and was a full participant at practice.