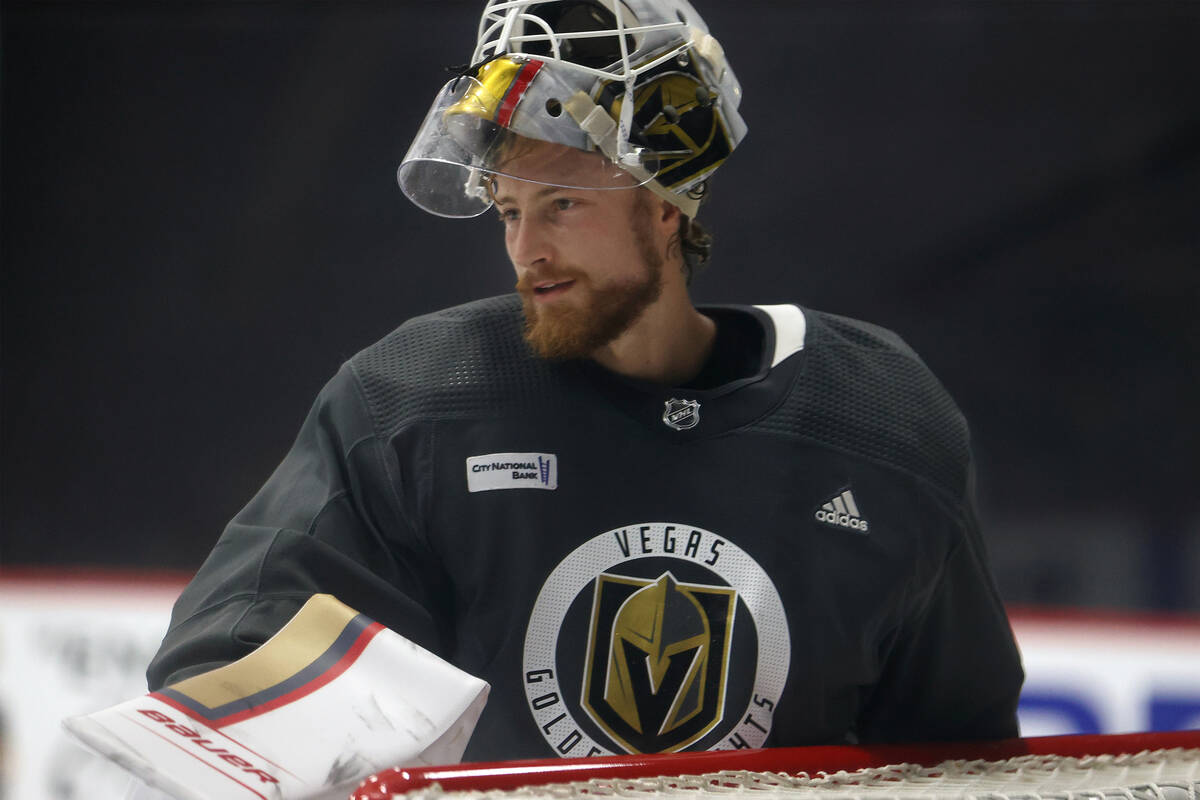 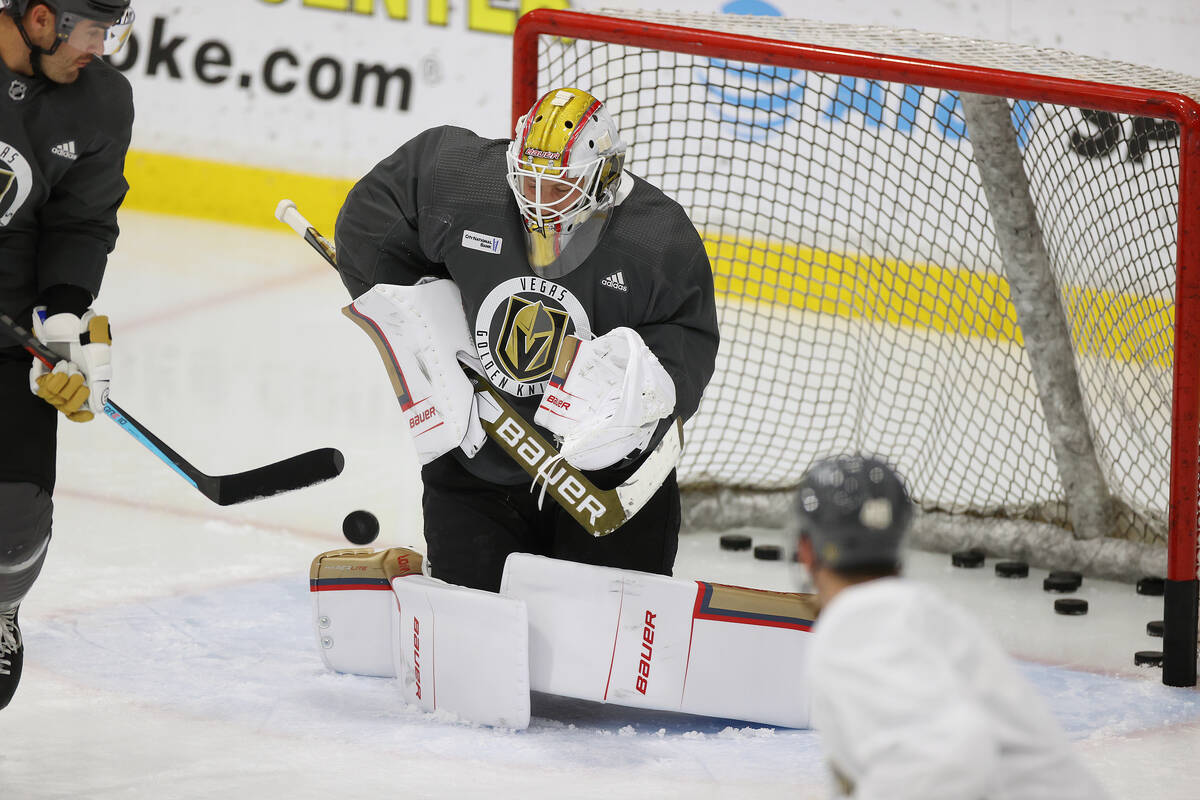 Laurent Brossoit had a lot to consider when he was a free agent this summer.

Despite all that, it didn’t take long for him to make up his mind.

The 28-year-old goaltender agreed to terms with the Golden Knights on a two-year contract with an average annual value of $2.325 million reportedly less than a half hour into the opening of free agency July 28. He was the team’s top choice to fill its backup goaltender spot, general manager Kelly McCrimmon said.

“I don’t think there’s a lot of reasons why I wouldn’t want to be here,” Brossoit said. “The team is a contender, the fan base is great, and I’ve heard nothing but great things about the organization. You want to be on a team that can win, and even the city itself is pretty incredible. So I’d say there’s less reasons not to.”

Brossoit will be a key figure as the Knights alter the makeup of their goaltending tandem after trading Marc-Andre Fleury to Chicago in the offseason. The differences have already shown up in training camp and the preseason, which continues with a 7 p.m. game Thursday at Vivint Arena in Salt Lake City against the Los Angeles Kings.

The Knights won the Jennings Trophy last season with Fleury and Robin Lehner, but their combined $12 million cap hit kept the team from investing in other areas. The two also largely split games in the regular season when both were healthy.

Lehner and Brossoit, by contrast, count nearly as much against the cap combined ($7.325 million) as Fleury does ($7 million). They probably will slide into more traditional starter and backup roles, but coach Pete DeBoer declined to say how much he expects each to play at the start of camp.

McCrimmon did say in July that Brossoit was “looking for a little more opportunity” after starting a total of 45 games in the previous three seasons in Winnipeg behind 2020 Vezina Trophy winner Connor Hellebuyck.

“We will battle, compete, and it’s my philosophy the best goalie plays,” Lehner said. “I think (it was) a little bit of a tough position for him in Winnipeg. Traditional starter that starts a lot with Hellebuyck, but he’s a great addition to our team. He’ll be fun to compete with.”

The Knights’ hope is that Brossoit can continue to ensure they get consistency in net every game. That wasn’t always the case before Lehner arrived. The team has gotten an .894 save percentage from goaltenders other than Fleury and Lehner in its four seasons.

Brossoit had a .913 save percentage in his three seasons in Winnipeg, including a .918 mark last season. He also saved 3.92 goals above average last season (22nd in the NHL) with his understated, subtle style in the crease.

“When we signed him, the scouting report was calm, cool, collected,” DeBoer said. “He’s not bouncing all over the place. He’s got some composure to him.”

Brossoit put that on display Tuesday at T-Mobile Arena in his first preseason action with the Knights when he made 19 saves on 22 shots against and stopped three of five shootout attempts.

“We’ve added a great goaltender in LB,” captain Mark Stone said. “He’s going to be able to win us games.”