The Golden Knights began their second training camp of the season without Marc-Andre Fleury, but the goaltender is expected back soon.

Fleury was given a maintenance day Monday and didn’t practice, coach Pete DeBoer said. DeBoer was quick to point out that Fleury’s absence was strictly about managing the 35-year-old’s workload and not because of a positive COVID-19 test.

“He’s been skating for almost five weeks now, and based on … getting our group healthy and there (physically), he didn’t go on (the ice) today,” DeBoer said. “But he will be on as the week goes on.”

The Knights seem to have little concern about Fleury’s status. The team has seen him plenty in the past month, as he returned to City National Arena on the first day small group workouts began June 8.

Those viewings led the Knights to bring only one additional goaltender to training camp — Oscar Dansk — despite being allowed to add more if they were seriously worried about Fleury’s health.

“We felt that three was all we needed,” general manager Kelly McCrimmon said Sunday.

Knights ahead of curve

The Knights’ high level of participation in small-group workouts in the past month helped the team hit the ground running Monday.

DeBoer said his players were “way ahead” of where he expected them to be. He also was impressed by the pace of practice. Left wing Jonathan Marchessault said the group’s preparation has given it “an edge” because guys have already knocked some rust off and can focus on their games rather than conditioning.

“When you start back, you’re a little sore in the hips, the groin, stuff like that,” Marchessault said. “But we’ve been through that already. We’re already ready and scrimmaging.”

Marchessault was happy that the NHL and players association agreed on a new collective bargaining agreement, and he was especially excited the deal paved the way for the league’s participation in the 2022 and 2026 Olympic Games.

Marchessault was on Canada’s silver-medal winning World Championships roster last summer and could have a chance to go to Beijing next year. Right wing Mark Stone and defenseman Shea Theodore, who represented Canada with Marchessault, should be in the mix, too.

“I don’t necessarily see myself in that situation, really,” Marchessault said. “Obviously, it would be a great honor.”

The Knights added another former Brandon Wheat King to their organization, signing goaltender Logan Thompson to a two-year, entry-level contract.

Thompson spent parts of four seasons with the Western Hockey League’s Wheat Kings, who are owned by Knights general manager Kelly McCrimmon. Other former Wheat Kings in the organization are Stone and right wing Ryan Reaves.

Thompson spent this season with the South Carolina Stingrays of the ECHL, hockey’s equivalent of Double-A baseball. The 23-year-old was fourth in the league in goals-against average (2.25) and second in save percentage (.929). 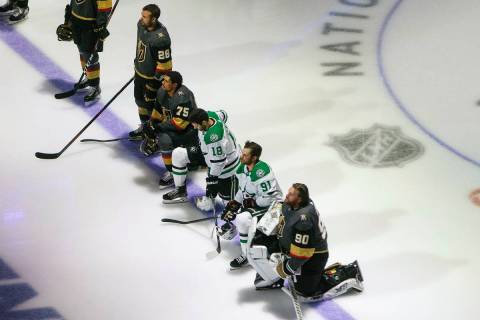 The NHL produced a video that focused on Golden Knights forward Ryan Reaves’ decision to kneel with three other players before a round-robin game Aug. 3. 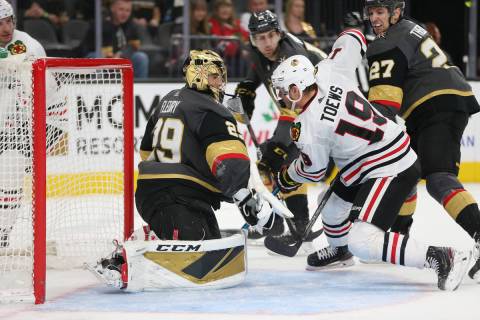 The Golden Knights draw their first Original Six opponent in the playoffs. They went 2-1 against Chicago in the regular season, using a strong defensive effort in both wins. 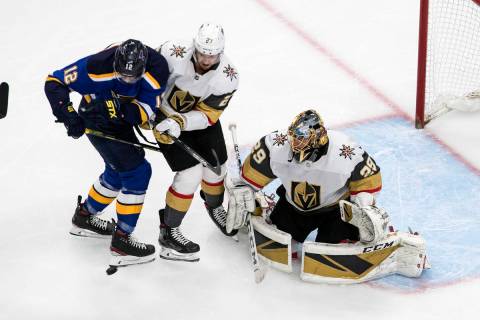 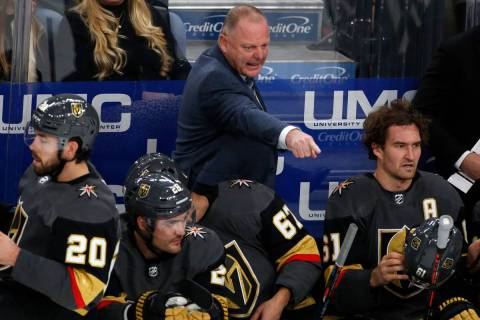 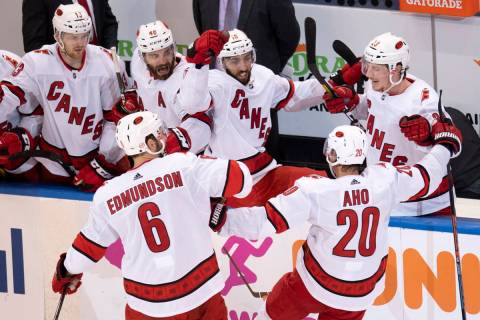 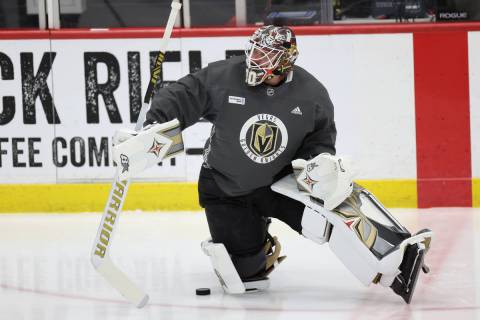 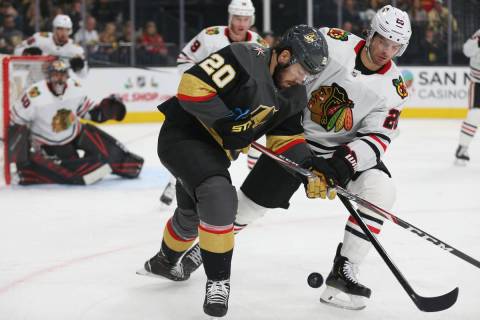 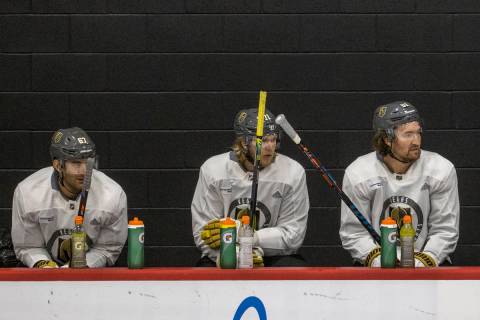 Pete DeBoer put three of the Knights’ best forwards — Max Pacioretty, William Karlsson and Mark Stone — on a line together, and the results in a small sample size were spectacular. 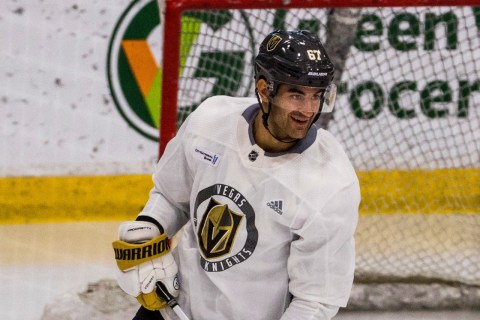 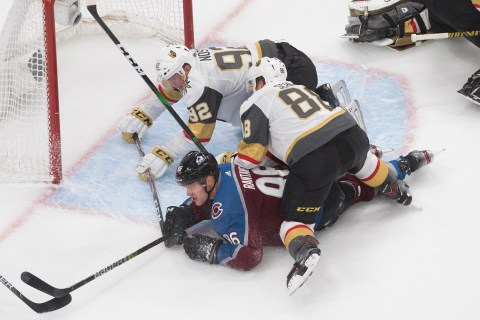