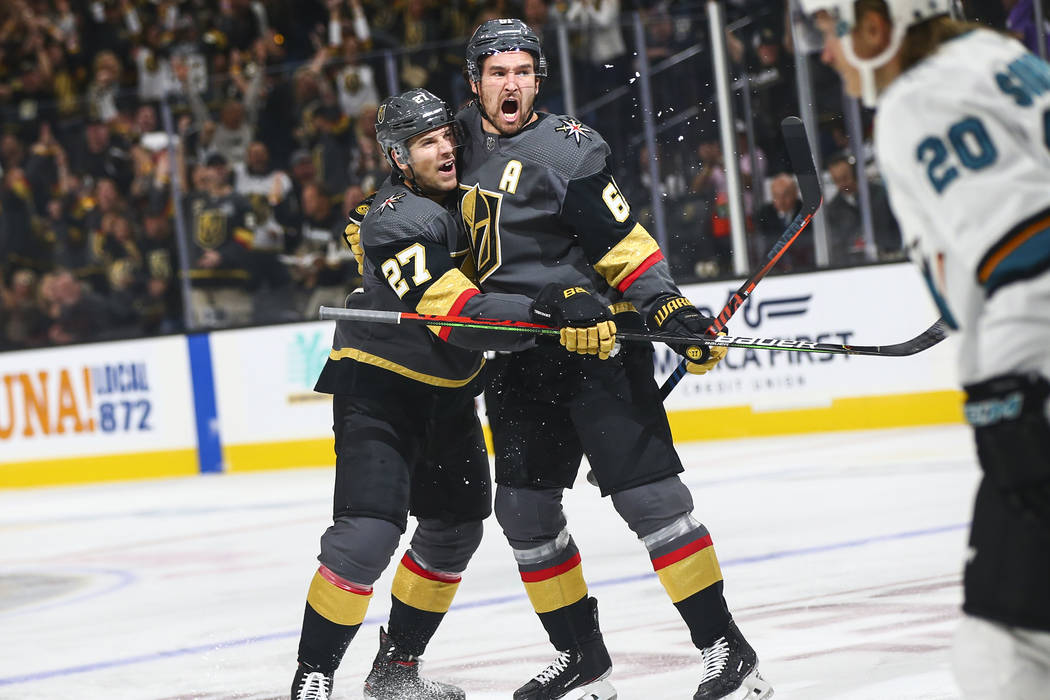 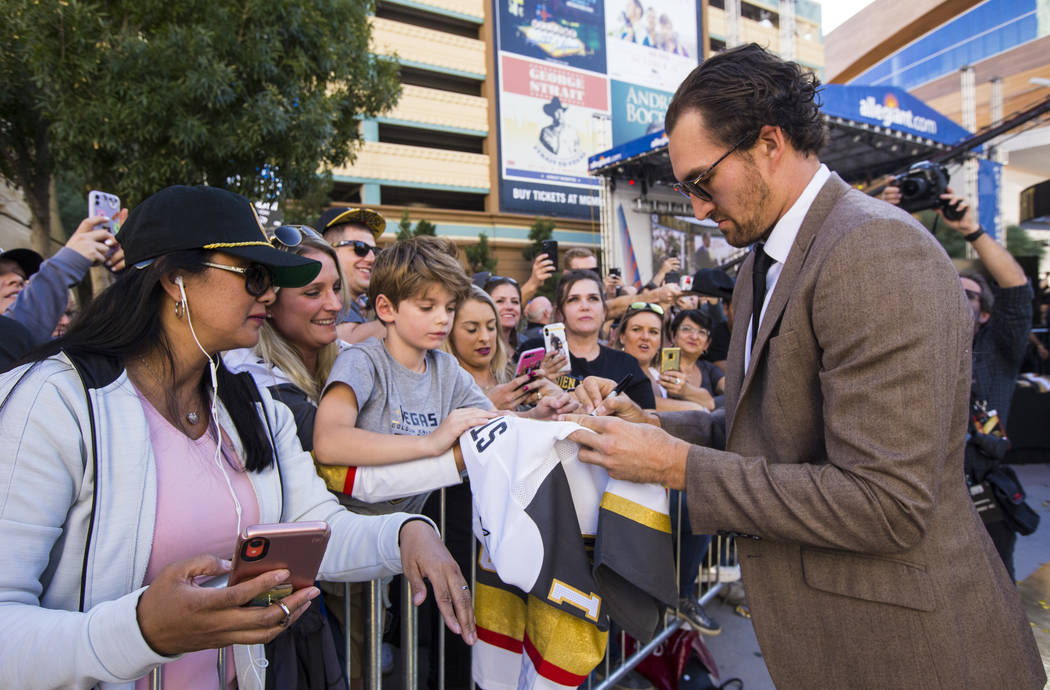 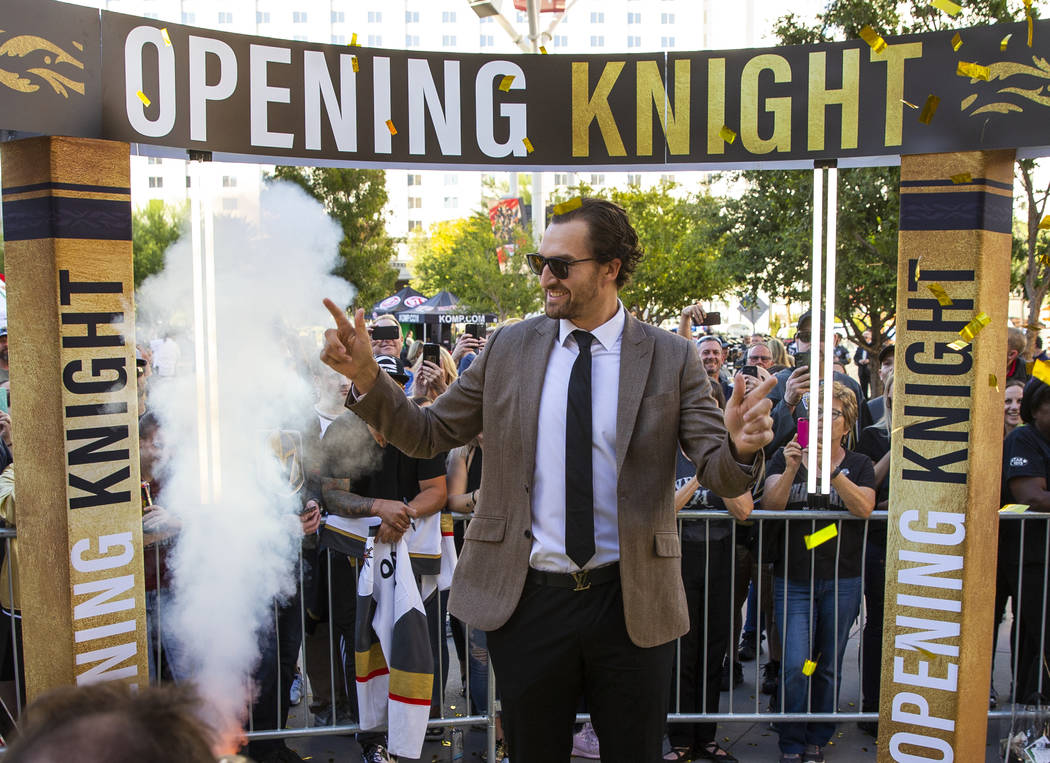 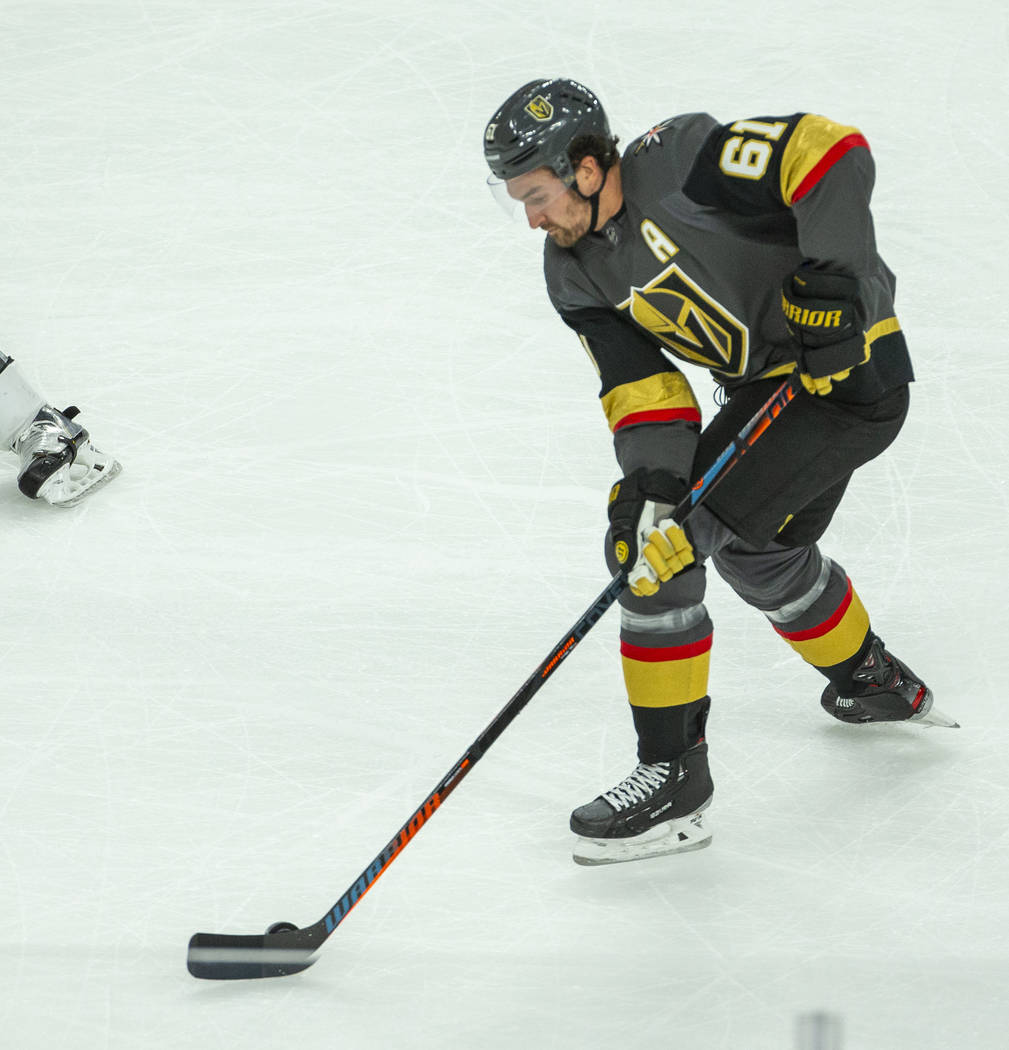 The Golden Knights’ highest-paid player wore a letter on his jersey opening night.

Right wing Mark Stone, whose contract carries an average annual value of $9.5 million, was one of three alternate captains Wednesday night against the San Jose Sharks at T-Mobile Arena. The Knights did not designate an official captain for the third straight season.

Stone wore an “A” with the Ottawa Senators last season before getting traded to the Knights in February.

“I’ve done it in the past with other teams, but this team is different,” Stone said. “It’s a group of guys that play for each other. It’s just got a different vibe in that way. I think if you talk to Max (Pacioretty), Paul (Stastny) and all the new faces, the culture that has been built here is easy to join. It’s easy to get on board. A lot of the credit has to go to the guys that started this on Day One.”

The Knights are one of four NHL teams without a captain, along with the Detroit Red Wings, New York Rangers and Ottawa. The Vancouver Canucks have not named one but plan to before their home opener.

Coach Gerard Gallant said there’s a simple reason the team decided to give out “A’s” to Stone, Reilly Smith and Deryk Engelland and not award a “C.” It doesn’t need a captain.

“The one thing we haven’t had an issue with is leadership,” Gallant said. “Our leadership group is second to none. That’s what I really like about it. You don’t got to coach these guys a lot. They take care of the young players. It’s outstanding. You name three assistant captains, but we use a group of 10 or 11 guys.”

The Knights recalled defenseman Nicolas Hague and center Nicolas Roy from the American Hockey League’s Chicago Wolves on Wednesday, a day after they were sent down.

To make room on the roster, the team placed center Cody Eakin (day to day, upper body) on injured reserve. It also moved right wing Alex Tuch (week to week, upper body) to long-term IR, according to the website CapFriendly. The move allows the Knights to exceed the salary cap by his $4.75 million hit.

It also means Tuch must miss 10 games. The earliest he can play is Oct. 22 against the Chicago Blackhawks.

The Knights filmed a parody of the theme song from the 1960s TV show “Gilligan’s Island” to introduce their opening-night lineup.

Rookies Cody Glass and Jimmy Schuldt were included at the end. Glass said he filmed his part Wednesday morning.

“I didn’t really know what I was doing, so I just went along with what they were saying,” Glass said. “I just jumped in front of the camera. It was a fun thing to do.”

The Knights spoofed the theme song from the 1970s TV show “Happy Days” at the start of last season.

The Knights sent the puck for their ceremonial puck drop 94,655 feet into the air in a weather balloon.