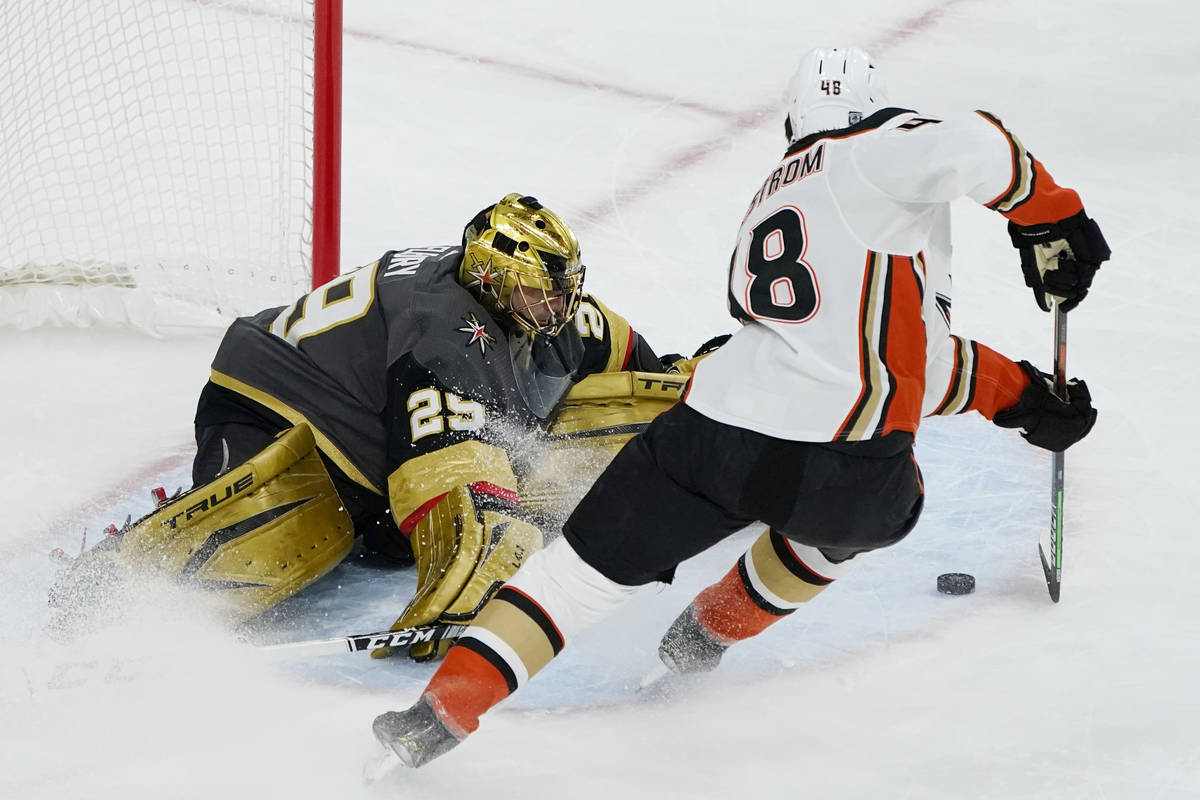 Marc-Andre Fleury’s dazzling save Feb. 11 against the Anaheim Ducks not only energized Golden Knights fans but also got the attention of fans throughout the NHL.

Fleury’s play was named the save of the year in the NHL Fan Choice Awards, receiving 40.22 percent of the vote.

On the play, he reached behind his back in the second period to keep Anaheim’s Isac Lundestrom’s shot out of the net in a 1-0 Knights loss at T-Mobile Arena.

“I knew I was kind of screwed on that one,” Fleury said after the game. “I just threw my arm back there trying to cover a little something, and I got a little lucky saving that one.”

Also from the Knights, Alex Tuch received the honor for best dog at 38.95 percent, Mark Stone was second for best celebration at 32.99 percent, and William Karlsson was fourth for best dressed at 5.8 percent.