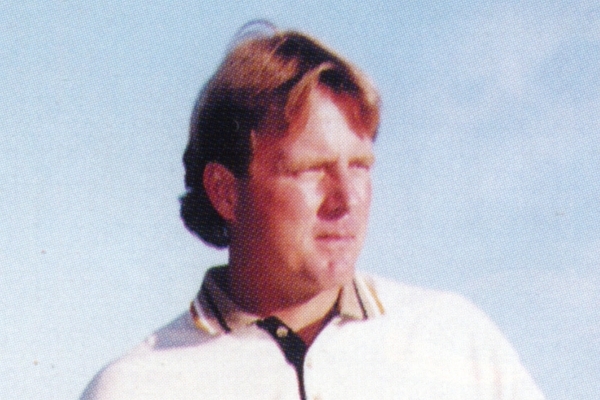 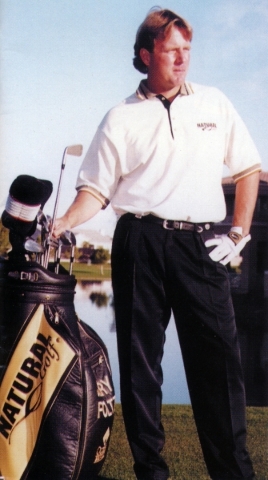 Jerry Foltz’s career on the PGA Tour was over before it got started.

Three days into his debut in 1986, he injured his back in a car accident after being hit by a drunk driver and was never the same. But the Western High School graduate knew golf, and he was good at talking about it. And if you’ve watched the Golf Channel through the years, you’re familiar with his work.

Foltz has been working for The Golf Channel since 1999 and does commentary on select PGA Tour telecasts, LPGA Tour events and Web.com Tour tournaments.

“I never took myself too seriously,” he said. “I never planned on being an announcer. But I got to know the Golf Channel people when they started in 1995, and one thing led to another and here I am.”

That body of work has Foltz, 53, going into the Las Vegas Golf Hall of Fame tonight. Joining him in the Class of 2015 are Doug Pool, who has had a distinguished amateur career and has won six Southern Nevada Golf Association majors; Barbara Christensen, a volunteer to the sport going back to the 1960s; and Voss Boreta, who founded Las Vegas Golf and Tennis.

Today’s ceremonies, which begin at 7 p.m. at TPC Summerlin, kick off the week of events connected to the Shriners Hospitals for Children Open, which starts Thursday.

“It was quite the surprise when I got the call,” Foltz said. “I found myself walking down memory lane and all the crazy turns my life has taken. But it’s a very cool honor, and I’m very appreciative that my hometown is honoring me.”

Foltz was an All-Pacific-10 Conference player at Arizona in 1984. He appeared to have a promising future. Then the car accident happened, and he spent the next three years going through physical therapy.

“It was the most frustrating thing I ever went through,” he said. “I actually walked away from the game for a while and was selling commercial real estate and also working in a restaurant in Tucson. One day, Bill Hillenbrand, the owner of the restaurant, asked me to play golf with him. So we went out there, and afterward, he told me I no longer had a job at the restaurant. He wanted me to go back to playing full time, and he sponsored me through the rest of my career.

That was in 1990. Foltz won twice — in 1994 at Newport and in 1995 in South Carolina, both while playing the Nike/Nationwide Tour. And though he didn’t have the playing career he envisioned, there was no way he was going to leave golf. And when the Golf Channel offered him full-time work in 1999, he jumped at it.

“The thing I love the most is there are so many great stories out there, and I really enjoy watching dreams come true,” Foltz said. “Whether it’s a player getting their (PGA Tour) card or winning a tournament, being part of that and telling that person’s story on the air is very rewarding for me.”

Foltz now lives in Orlando, Fla. But he has seen his hometown emerge as a golf vacation destination with the vast array of courses.

“From the time I was 8 until I left for college, there wasn’t one new golf course built in Las Vegas,” he said. “But today, you’ve got all these great courses to play, and I never thought that would be the case.”

Foltz spent Thursday playing Las Vegas Golf Club, the course of his youth. He and some old friends got together to play.

“It’s wonderful to be back and see so many familiar faces,” said Foltz, who will work the Shriners Open for The Golf Channel.