The Summit, a new Summerlin community being developed by Discovery Land that will feature a Tom Fazio golf course, is proof that parts of the golf industry are thriving, despite recent reports that the sport is struggling.

According to Discovery Land partner Steve Adelson, the company had a record year in 2015, and there is positive feedback about the Vegas project. The company portfolio includes 18 communities in the United States, Mexico and the Bahamas. Discovery Land has a reputation of offering exclusive experiences while keeping a fun and casual vibe.

Fazio, who has 14 courses on Golf Digest’s list of 100 Greatest American Golf Courses, said Discovery Land projects “always live up to the hype.” The Summit marks the 13th time he has worked with the company.

“They have high expectations, so my goal is to meet those expectations,” Fazio said. “The land in Las Vegas features dramatic elevation changes, and the overall setting offers a wow factor. Our initial challenge was to determine how to tame the area for golf.”

The community is located near Red Rock Canyon and will feature custom home sites and villas in a secluded setting.

“From a Vegas perspective, in our opinion, this will be the only true ultra-exclusive, ultra-private golf community and golf course in all of Vegas,” Adelson said. “This is a member golf course, and there will be no outside play unless guests are accompanied by a member.”

The Summit course is scheduled to open late this year or early 2017.

Special twilight rates at Siena and Arroyo courses begin at 10:30 a.m. through Feb. 4.

• The Las Vegas Junior City Amateur was played last weekend at Las Vegas Golf Club, the city’s oldest course, which opened in 1938 with nine holes. The winners of the 15-18 divisions were Ethan Bozner and Rebecca Oertel. Visit the nonprofit southernnevadajuniorgolf.com for information about future tournaments, beginning junior golf programs and PGA team golf.

• Top Golf, a fast-growing international golf and entertainment company, is building eight new locations in the United States, including a $50 million project behind the MGM. The local location, opening in early summer, is hiring an estimated 850 workers.

• Coca-Cola has signed PGA Tour superstar Jordan Spieth to a multi-year endorsement deal, reportedly likening the golfer’s appeal to Lebron James, Jennifer Aniston and Taylor Swift. During the heyday of Tiger Woods, who won his first PGA Tour event in Las Vegas in 1996, stories about the demise of golf were as rare as Woods losing a tournament when he had a final-round lead. Spieth’s surge to crossover stardom could have a similar impact.

Freelance writer Brian Hurlburt, a two-time author who has covered golf in Las Vegas for more than two decades, can be reached at bhurlburt5@gmail.com. Follow on Twitter: @LVGolfInsider.

LAST YEAR: Bill Haas, playing for the first time in 2015, shot 5-under-par 67 in the final round to claim his sixth PGA Tour victory, by one stroke over Charley Hoffman, Brendan Steele, S.J. Park, Steve Wheatcroft and Matt Kuchar.

LAST YEAR: Miguel Angel Jimenez of Spain birdied six of the final nine holes to claim his second victory in his first three starts on the Champions Tour, beating Mark O’Meara by one stroke. 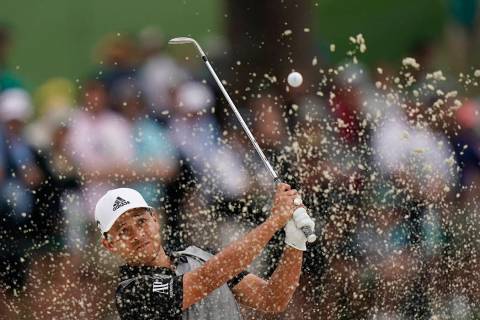 The sportsbook is anticipating having to refund all outstanding bets on golf’s first major after it was postponed, based on stipulated rules about the start date. 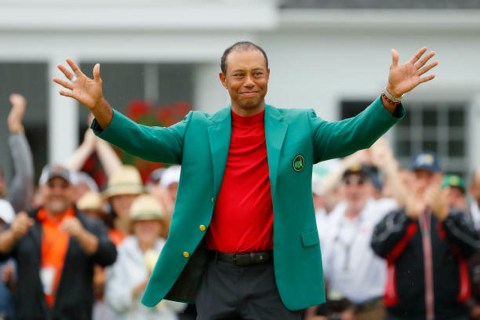 Augusta National decided Friday to postpone the Masters because of the spread of the coronavirus. 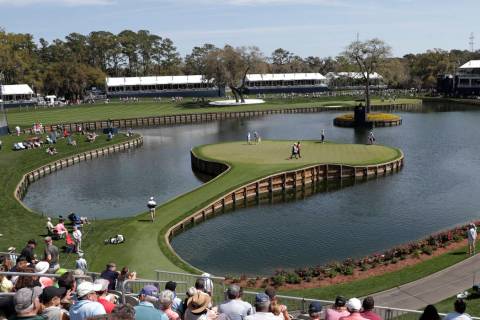 The Players Championship is the premier tournament run by the PGA Tour, offering a $15 million purse, the richest in golf history. 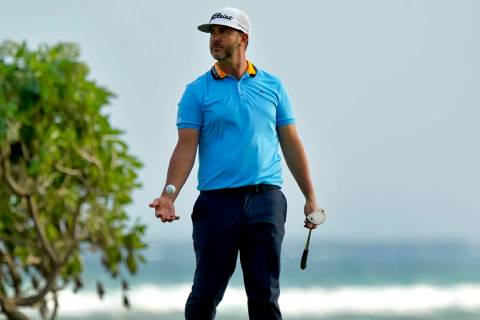