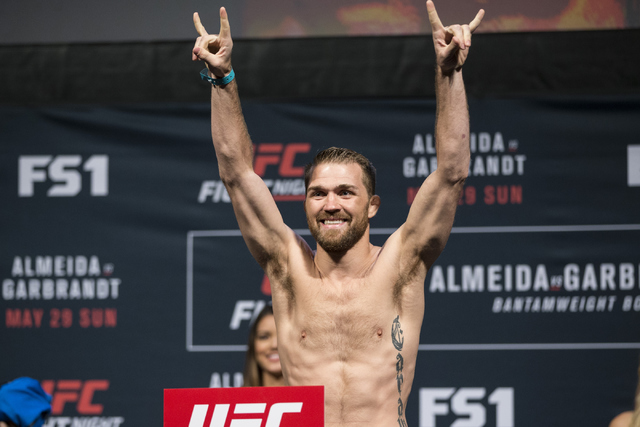 Las Vegan Bryan Caraway will return to action in a bantamweight bout on the UFC 222 card at T-Mobile Arena on March 3.

Caraway will seek his third straight win when he fights Cody Stamann, the Review-Journal has learned.

Stamann has won nine straight fights overall, including two since making his UFC debut in July.

Caraway last competed in May 2016 when he won a split decision over Aljamain Sterling. The 33-year-old has been booked in several bouts since, but now appears set to finally step back in the cage.

He has won four of his last five fights.

UFC 222 will be headlined by a featherweight title bout between Frankie Edgar and champion Max Holloway.

The event also features a heavyweight bout between Stefan Struve and Andrei Arlovski and a middleweight bout pitting Hector Lombard against C.B. Dollaway.

It is expected to serve as the UFC debut of star women’s strawweight prospect and grappling ace Mackenzie Dern.

Tickets for the event go on sale Jan. 19.