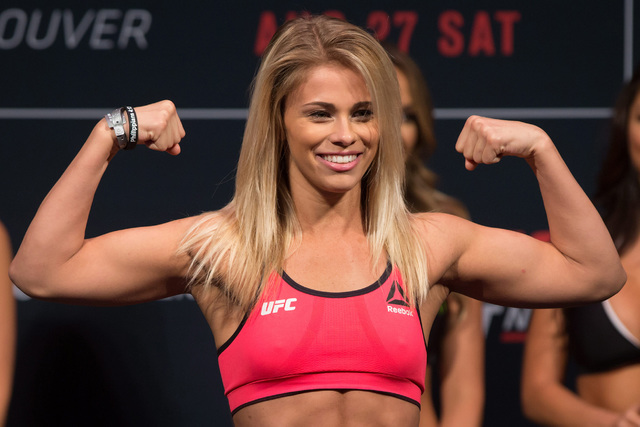 Paige VanZant, of the United States, poses during the weigh-in for a UFC Fight Night event, in Vancouver, British Columbia, on Friday, Aug. 26, 2016. (Darryl Dyck/The Canadian Press via AP)

A rumored UFC women’s flyweight bout between Paige VanZant and Jessica Eye has been made official, sources close to the organization confirmed to the Review-Journal on Monday.

Both fighters will move into the new 125-pound division for the fight.

VanZant will be moving up from 115 pounds after a loss to contender Michelle Waterson in December.

Eye, who has lost four straight fights at bantamweight, will move down for an opportunity to compete in her natural weight class now that the organization has added a fourth division for women. She was scheduled to fight Aspen Ladd at T-Mobile Arena in July, but Ladd got sick on the day of the fight and was forced to withdraw.

The inaugural women’s flyweight champion is being crowned through the currently-filming season of “The Ultimate Fighter.”