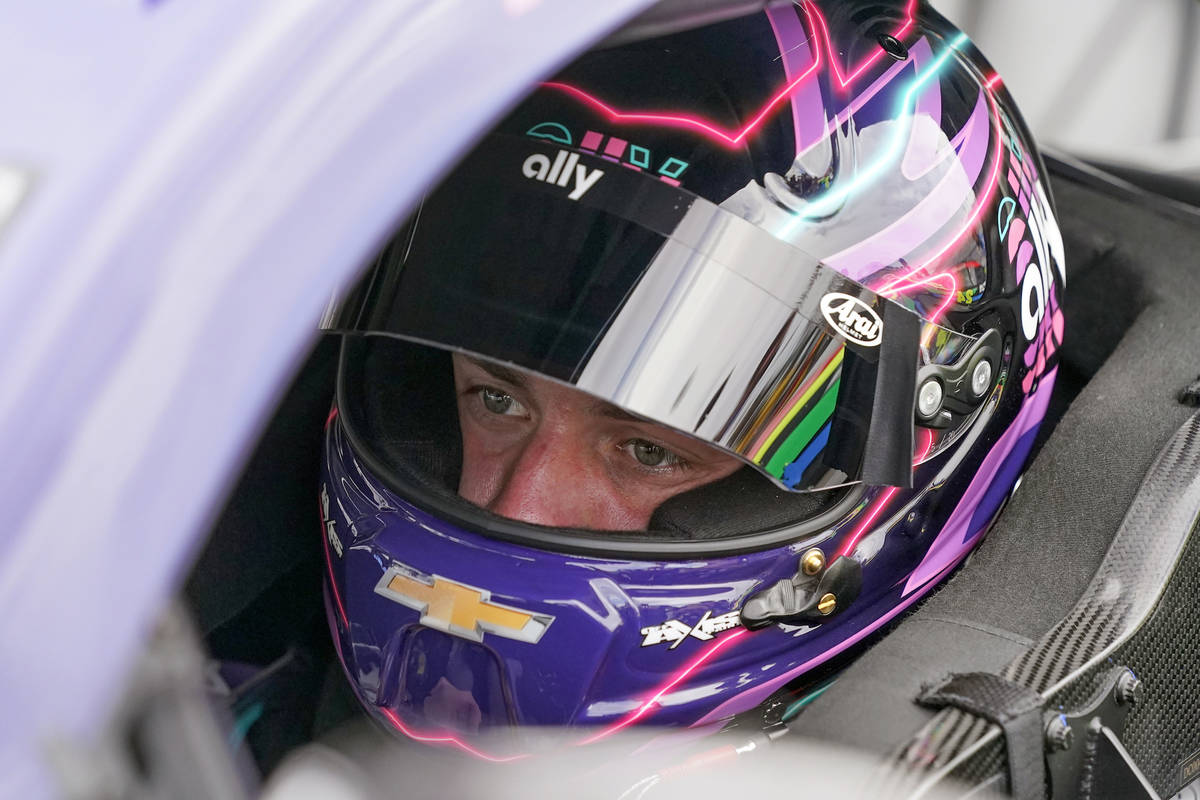 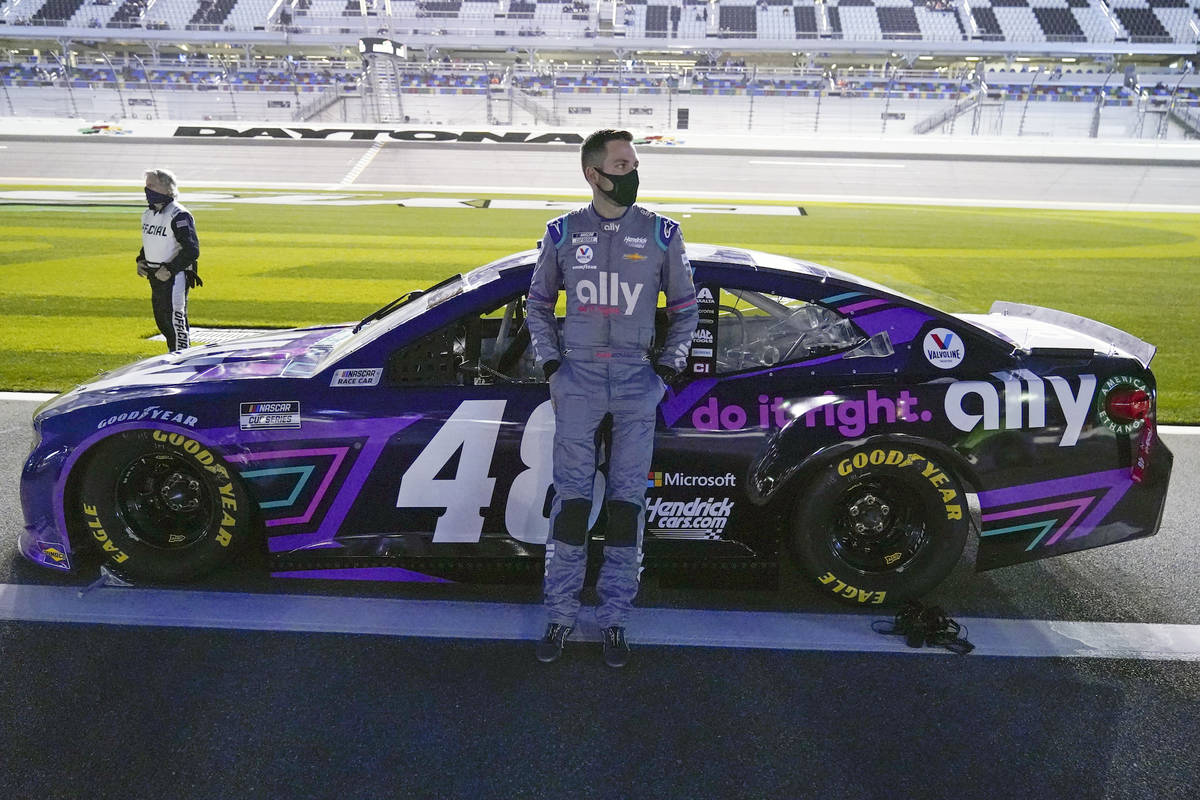 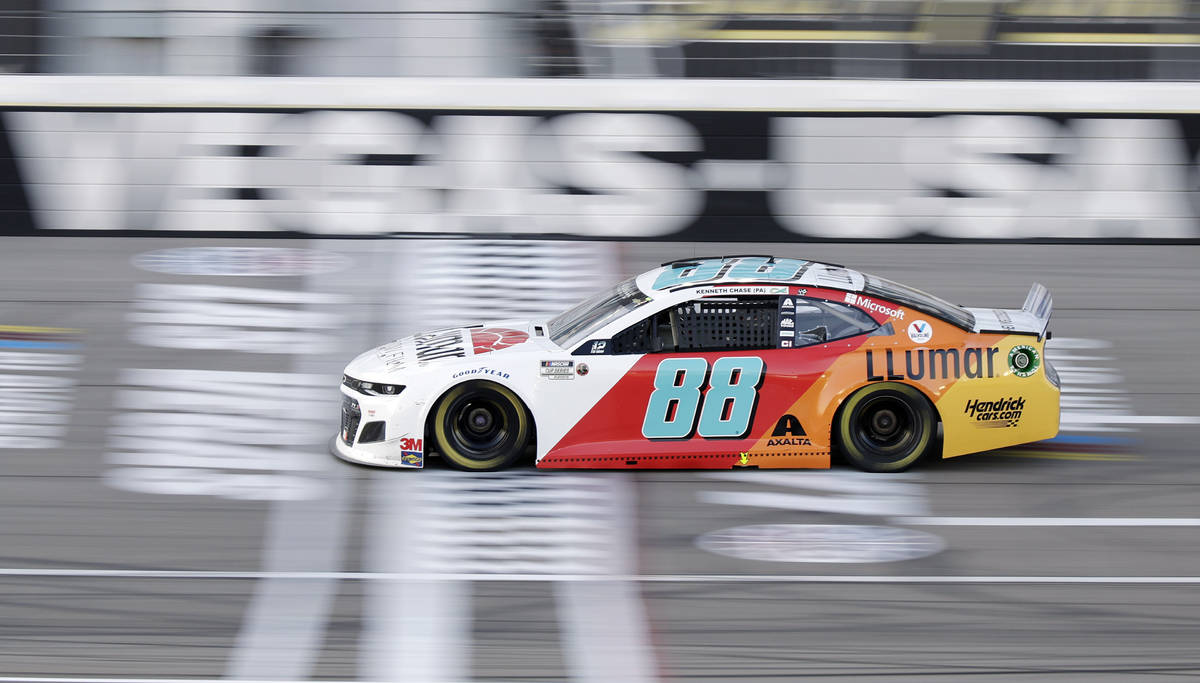 In auto racing, it sometimes helps if one has a short memory.

At other times, it is better to have no memory at all.

Alex Bowman, who is fast becoming NASCAR’s ultimate replacement player — he assumed driving duties of the No. 88 Hendrick Motorsports Chevrolet after Dale Earnhardt Jr. retired and moved into the No. 48 made famous by seven-time series Jimmie Johnson who called it quits after last season — recalls virtually nothing about racing a midget car at Las Vegas Motor Speedway on Feb. 25, 2010.

He was 16 years old, on the fast track to wherever his right foot would take him, when he tried to cut a corner on the dirt track, struck a giant tractor tire lining the course and began to violently flip and barrel roll. At least that’s what others have told him.

There was one paragraph about it in the newspaper the next day.

Driver Alex Bowman of Tucson, Ariz., flipped during the second heat race and was transported to University Medical Center in Las Vegas for treatment of undisclosed injuries.

Suddenly he was going nowhere fast.

Back in the saddle

“Pretty well busted myself up,” recalled the 27-year-old driver, who recently earned his second Daytona 500 pole position and will be seeking the third victory of his fledgling Cup Series career in Sunday’s Pennzoil 400 at LVMS after nearly winning last year’s race.

You never want to take too many knocks to the head, because that was what forced Earnhardt Jr. into a second career as a NASCAR broadcaster and ambassador. But Bowman said the concussion at LVMS probably was a blessing in disguise.

He missed just six weeks. He said he got back in a car before he should have but didn’t have a second thought about the crash, mostly because he never had a first one about it.

“I think if I remembered it, it would probably bother me,” he said before finishing ninth at Homestead, Florida, on Sunday. “Now, it’s just something that happened and that I had to recover from. Just kind of part of being a race car driver. As safe as the cars have gotten, things still happen.”

Bowman said the major repercussion from the crash was financial, not mental or physical. His family didn’t have money to build a new dirt car after the flips and the jaws of life pretty much reduced the original one to a hulk of rubble. Eventually, he transitioned into full-bodied cars.

“I’ll race whatever, but when I was a kid, Jeff Gordon was my idol and his path led to NASCAR,” Bowman said of moving up through the stock car ranks, from the K&N Series to ARCA to the Xfnity series and then to Cup by 2014, just four years removed from his brutal wreck at LVMS.

Earnhardt Jr. had recommended him for the ride in the No. 88 car, and Johnson pretty much did the same when he stepped out of the iconic No. 48.

“I think there’s expectations in (driving) any Hendrick Motorsports car — there were high expectations in the 88, and we went and won and contended and had a really strong end of last year,” Bowman said of stringing together four consecutive top 10s and finishing sixth in the playoffs. “The same expectations are there for the 48.

“So I’m looking forward to the challenge. Getting Ally (his and Johnson’s sponsor) their first pole was really cool but going forward, we want a lot more than that. We want to get them their first win and I think we’re plenty capable of doing that.”