If the Xfinity Series playoffs are anything like the final race that established the pairings for them, race fans are in for a treat.

Chase Briscoe nudged regular-season champion Austin Cindric out of the way six laps from the finish for the win at Bristol, Tennessee, last week as the Ford drivers and friends off the track locked down the top two seeds heading into the postseason opener, Saturday’s Alsco 300 at Las Vegas Motor Speedway.

Briscoe and Cindric combined to win 12 of the 26 races heading into the playoffs with Briscoe visiting victory circle seven times and Cindric five.

“Last year I had only won one race so I’m not the pretty girl at the dance that everybody wants,” Briscoe said about not having announced driving plans for 2021 after being in the same situation last year. “Now that I’ve won seven races I’m a lot more wanted.”

Should Briscoe or Cindric falter, it could open the door for Las Vegas’ Noah Gragson, who won twice during the regular season to claim the fourth playoff seed, one spot behind Justin Allgaier.

Gragson, who has eight top 10 finishes in his past nine starts but no top fives in his last six, is optimistic he can challenge for the win on his hometown track after finishing fourth in the spring race at LVMS won by Briscoe.

“I know the last couple of weeks have been maybe not up to par, not up to standards of this team. But we still maintain that confidence at the end of the day.” said the driver of the No. 9 Chevrolet for JR Motorsports, the Xfinity team owned by Dale Earnhardt Jr.

“We know that we can do it. We’ve been able to win races this year.”

Gragson, 22, is one of two young Las Vegas drivers who will be racing for the Xfinity championship. He’ll be joined by 21-year-old Riley Herbst, the 11th seed among the 12 drivers qualified for the postseason.

“I thought we would have had a win by now,” said the third-generation racer and son of off-road star Troy Herbst who has four top-five finishes in 26 starts in the No. 18 Joe Gibbs Racing Toyota.

Herbst has struggled on the intermediate ovals and hopes to pick up the pace during his homecoming this weekend.

“I’ve have had two ninth-place finishes on the mile and a half speedways and I plan on improving that stat,” he said. “We might be a rookie team, but we definitely have all the tools to be the dark horse and spoiler in this championship run.” 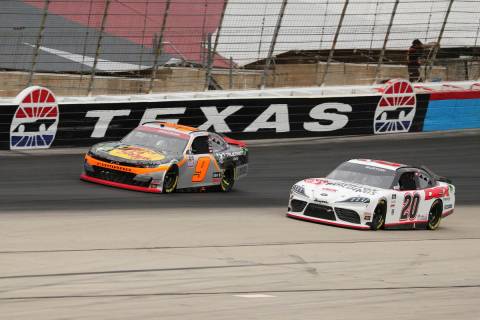 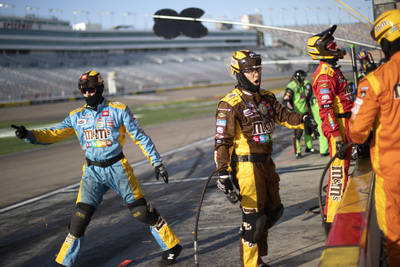 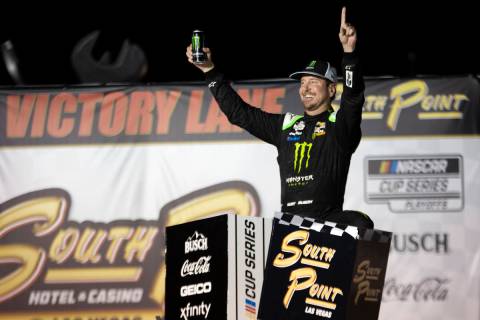