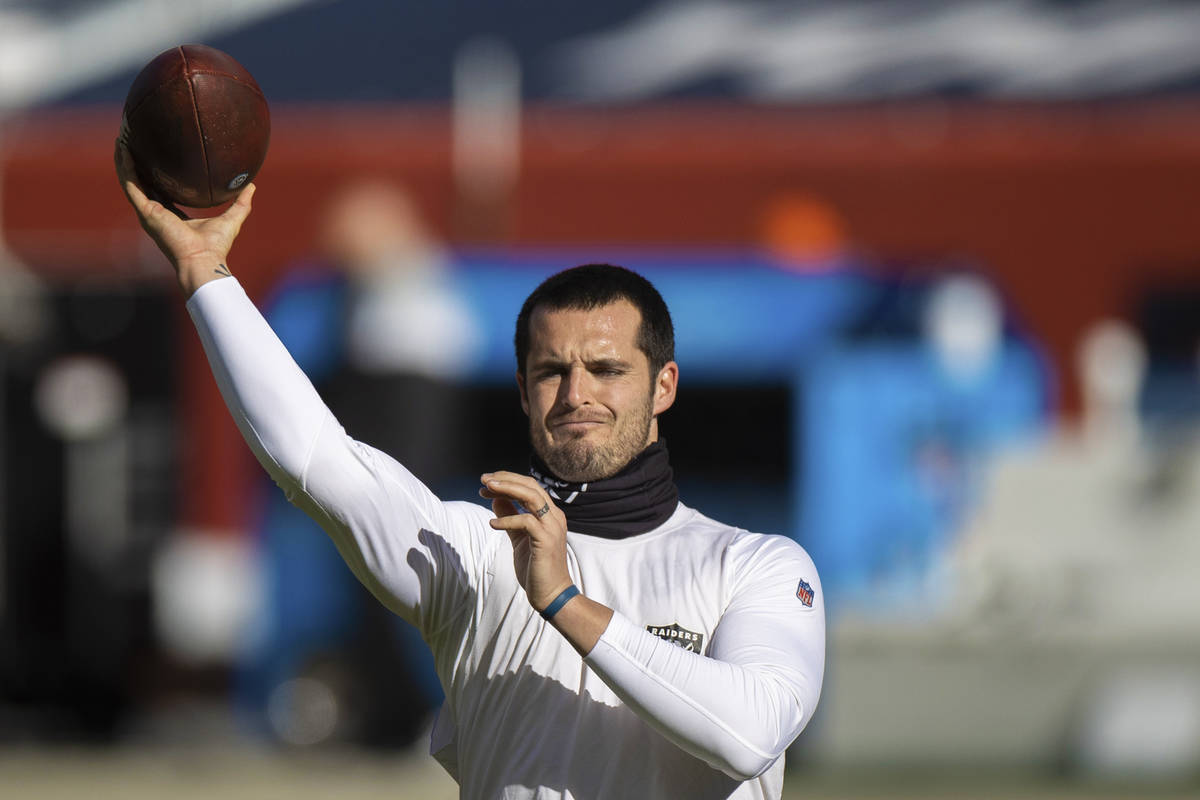 Derek Carr, who is used to calling signals as the Raiders’ quarterback, will call on the drivers of the Pennzoil 400 to start their engines.

Carr is one of three professional athletes to serve as grand marshal for the NASCAR races this weekend at Las Vegas Motor Speedway.

“This will be such a thrill to have the chance to bring the NASCAR Cup Series cars to life,” Carr said in a statement. “I know there have been a long list on luminaries who have served in this role, and it’s pretty cool to join them. I’m sure it’s going to be exhilarating once those cars fire up.”