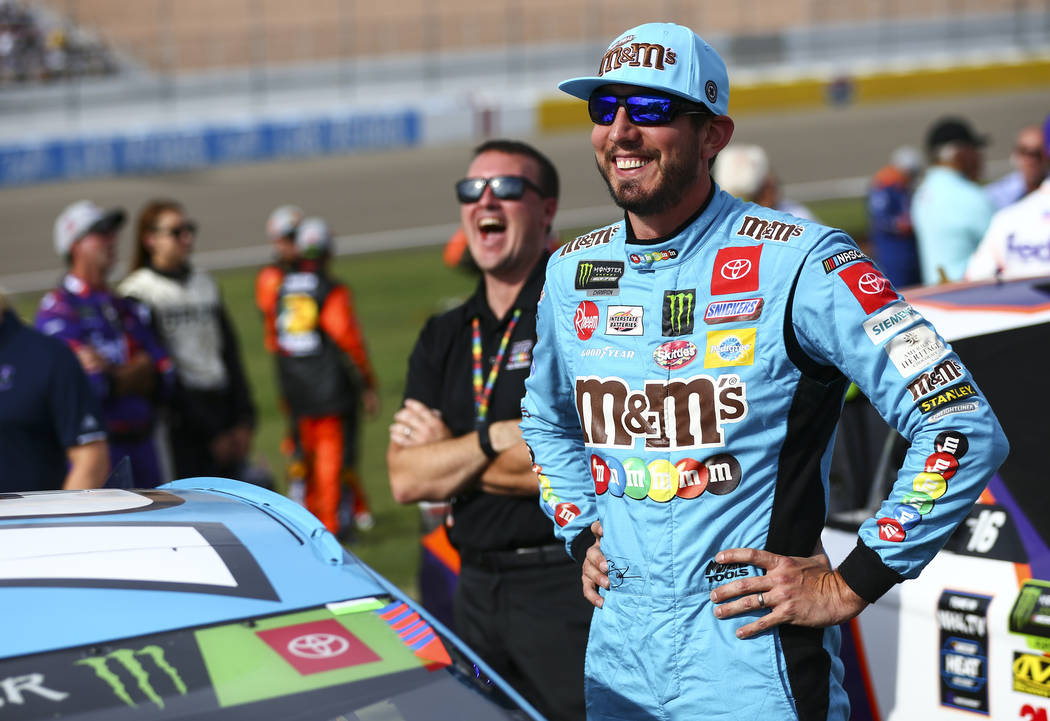 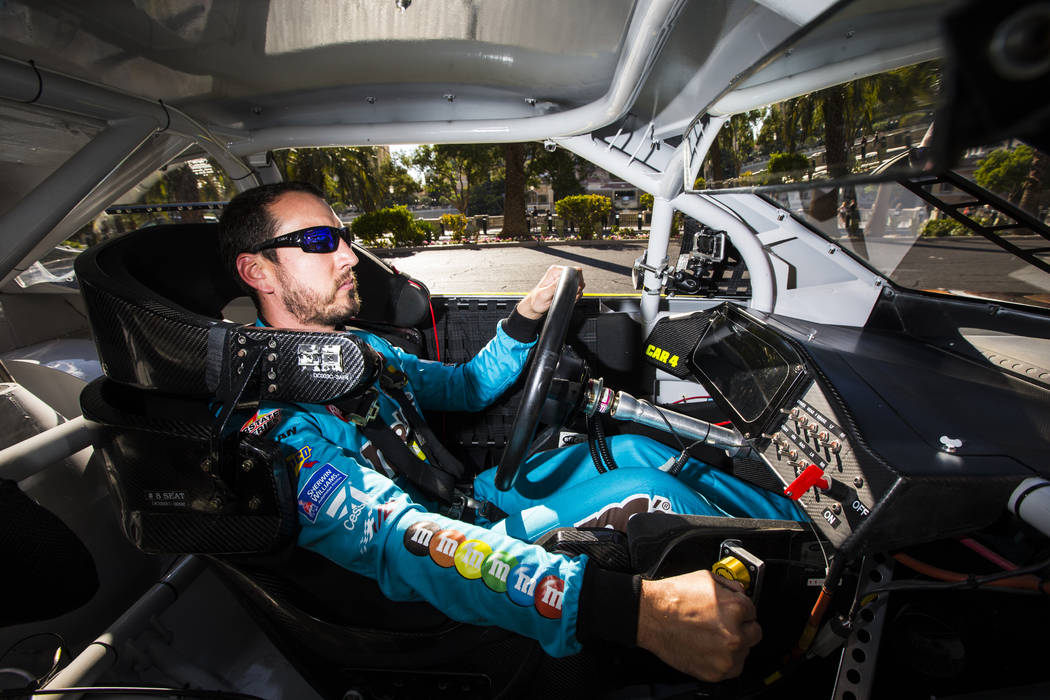 Kyle Busch passes the Bellagio while driving down the Las Vegas Strip before performing a burnout as part of the NASCAR America Burnout Boulevard event on Thursday, Sept. 12, 2019. (Chase Stevens/Las Vegas Review-Journal) @csstevensphoto 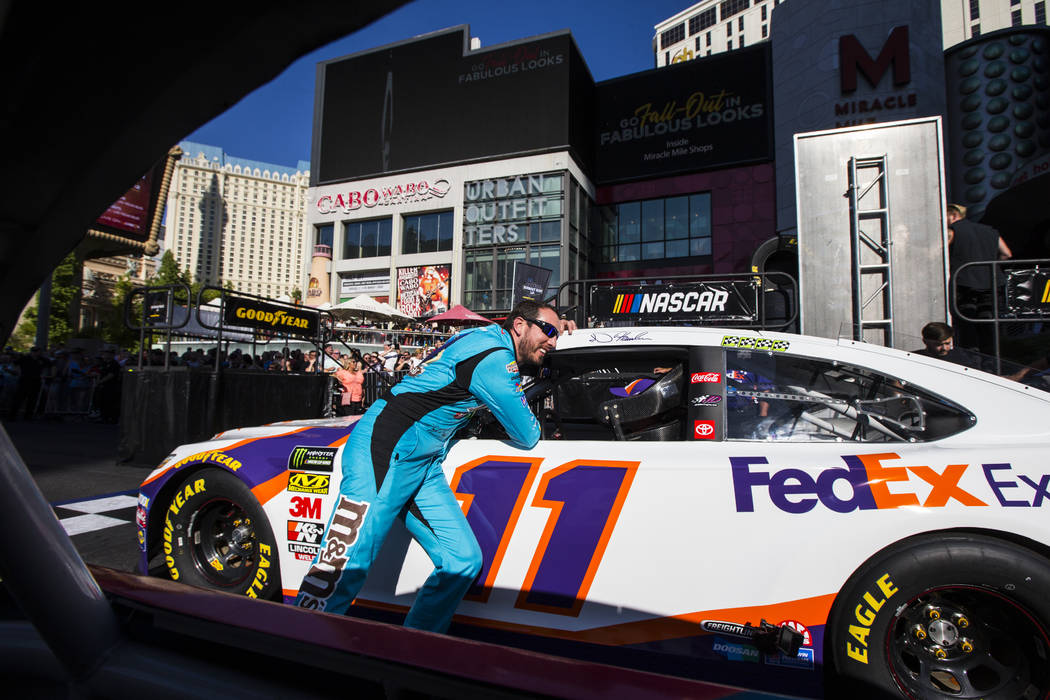 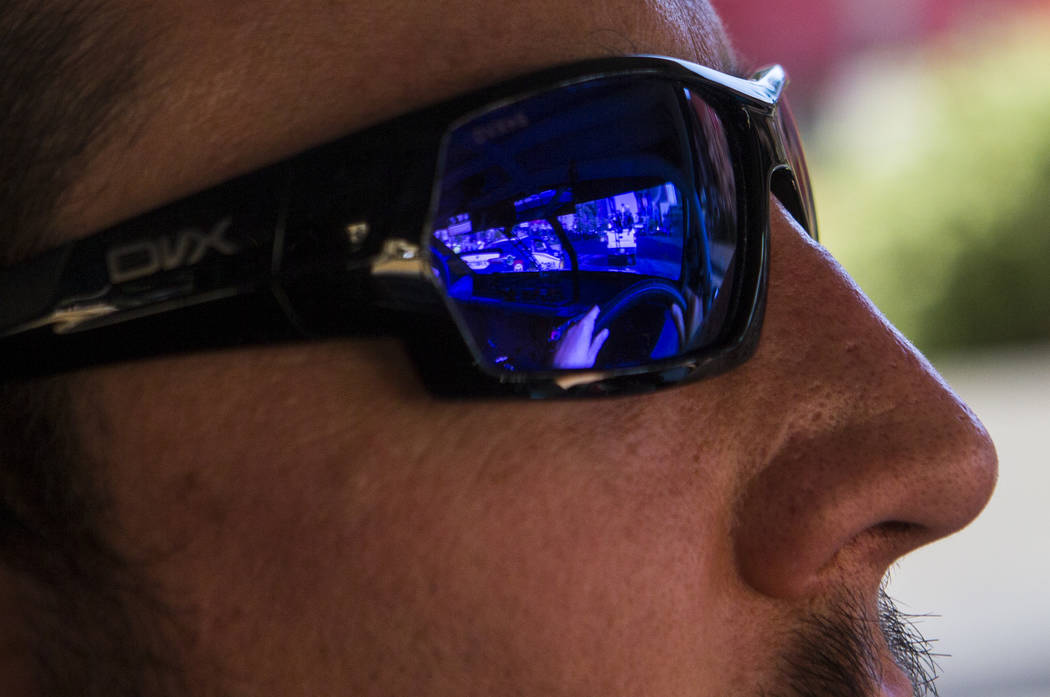 Kyle Busch passes Treasure Island and The Palazzo while driving down the Las Vegas Strip before performing a burnout as part of the NASCAR America Burnout Boulevard event on Thursday, Sept. 12, 2019. (Chase Stevens/Las Vegas Review-Journal) @csstevensphoto 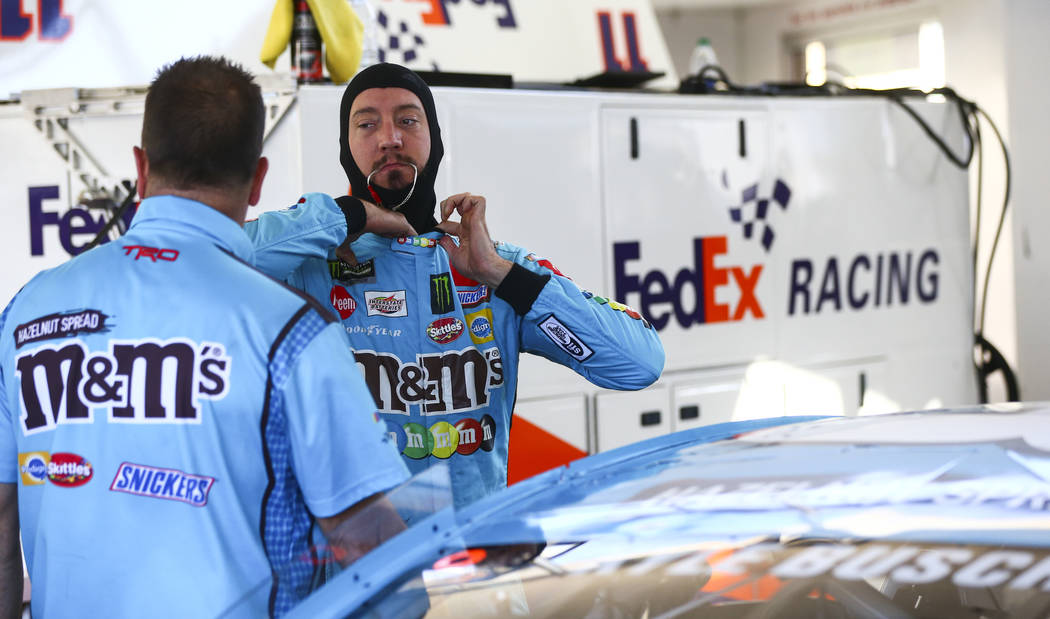 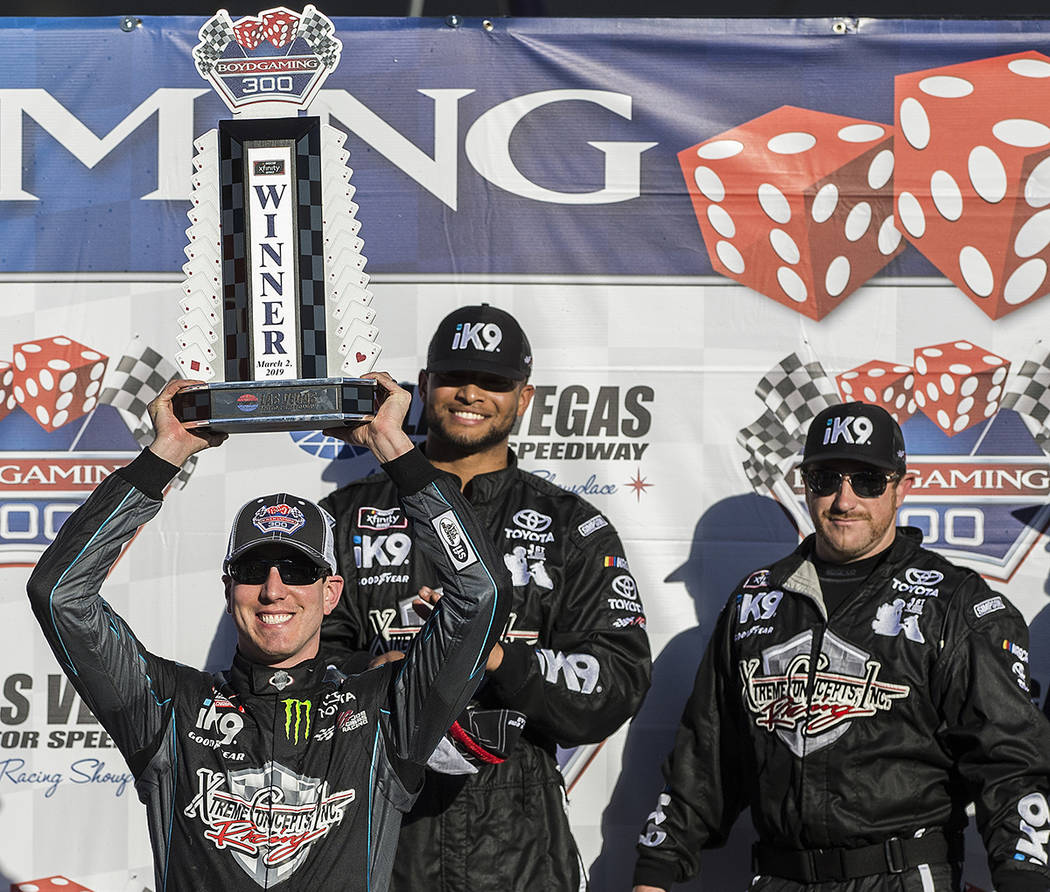 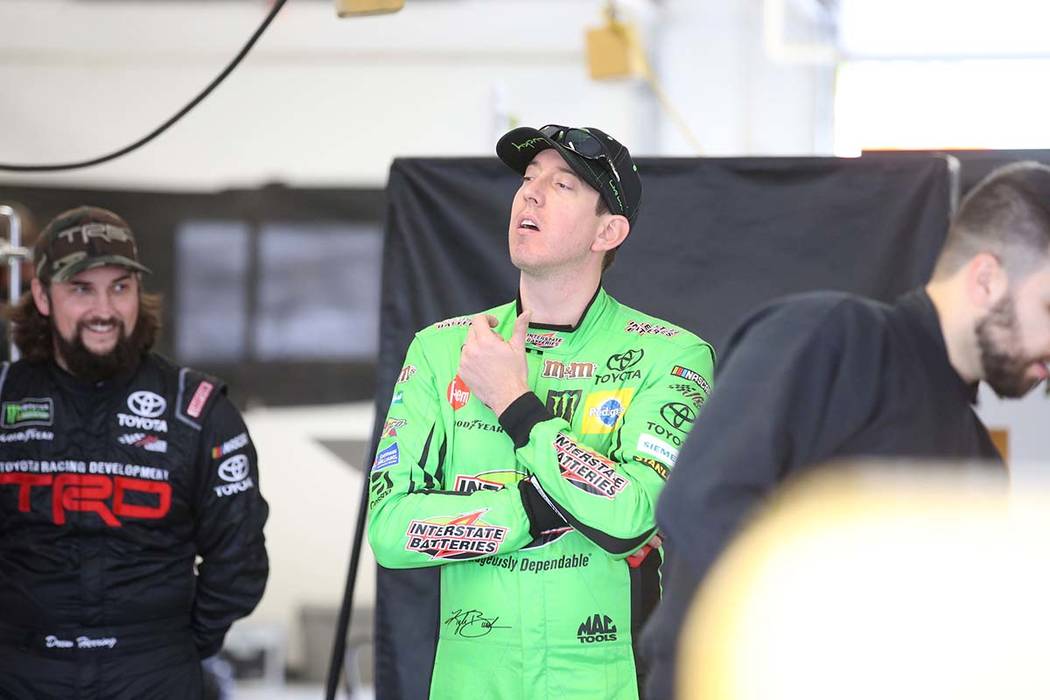 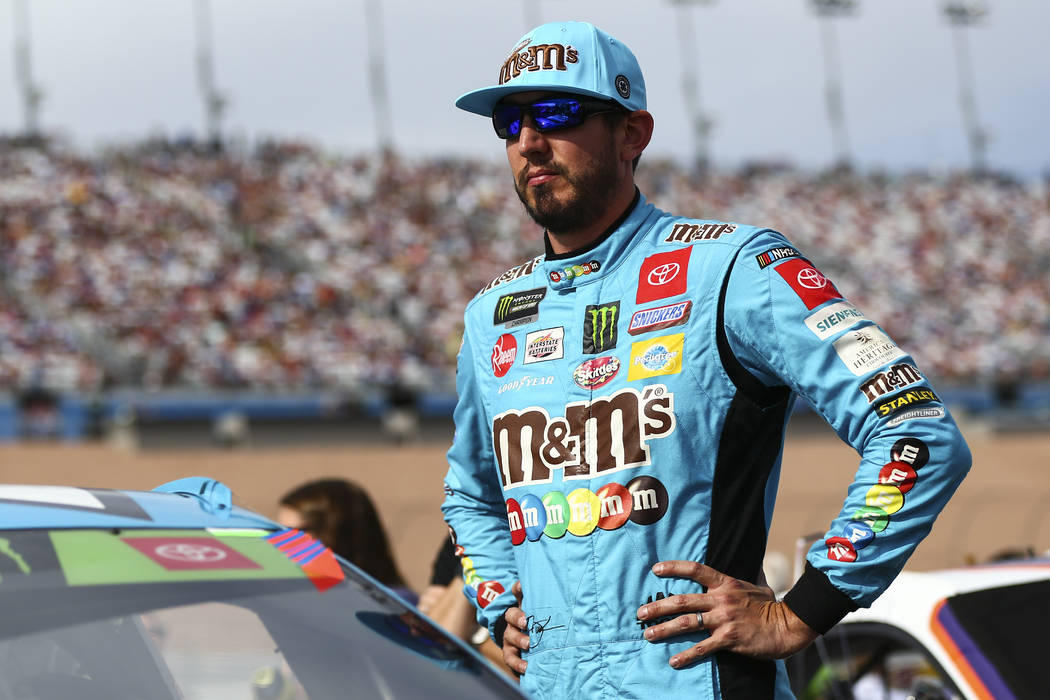 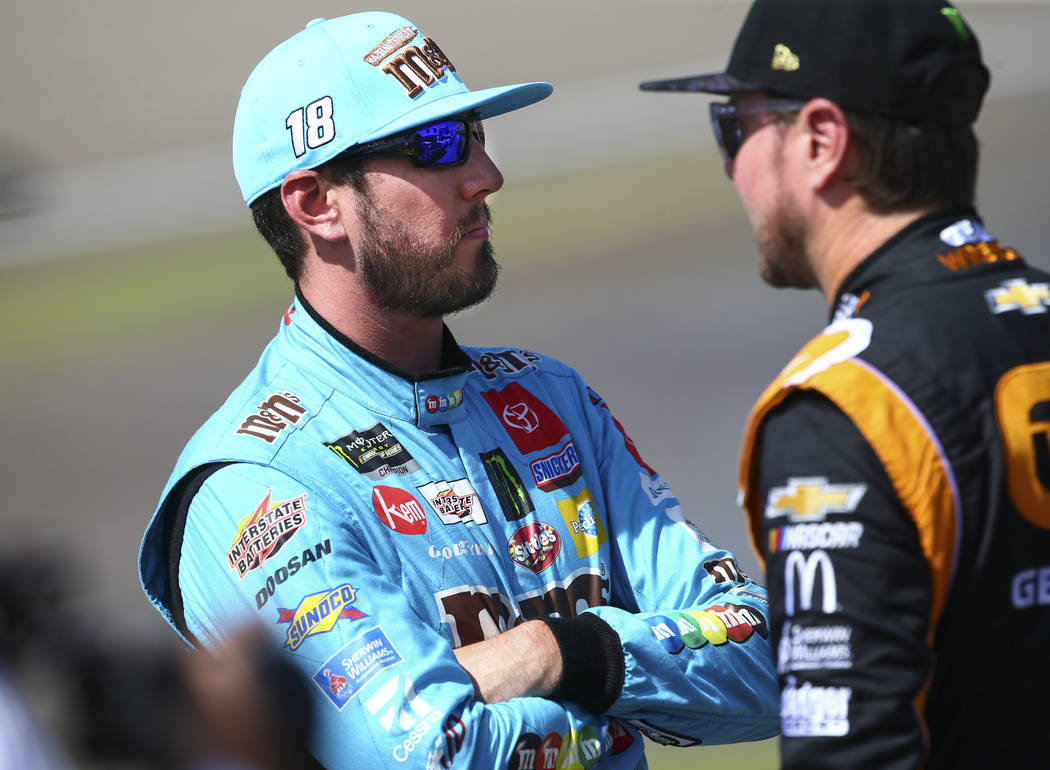 Four days before the Daytona 500, Kyle Busch was asked to identify the face of today’s NASCAR.

He said that was not for him to decide, adding that Chase Elliott is stock car racing’s most popular driver, if that helps.

“Who’s the best driver?” he was asked.

“You’re looking at him.”

At 34 — an age when most NASCAR drivers are just entering their primes — the Las Vegas native has won 208 races across the sport’s three major touring series, more than any other driver. He has been so dominant in the truck and Xfinity Series that NASCAR has changed the rules to limit his participation.

With any luck, he might already be closing in on the rear spoilers of legends Richard Petty, Dale Earnhardt and Jimmie Johnson, each with seven Cup Series championships.

That’s why Busch believes he is NASCAR’s best driver, though his self-aggrandizement at media day seemed mostly for the media’s benefit.

Busch, who led 14 laps in his bid to win the Daytona 500 for the first time before an engine problem put him out, addressed his polarizing image and penchant for being difficult during the rare times when things on the track aren’t going his way.

“It doesn’t bother me,” he said on media day. “A lot of what I’m known for is obviously racetrack related, results related, competition related. Those around me could say I still have that fire and that desire, (even) in some of my outside businesses and such. So I guess that’s just a part of my nature.”

He also spoke of racing on his hometown track, where he has won just once in 17 starts, though top 10 finishes in three of his past four Las Vegas Motor Speedway starts may portend another breakthrough in Sunday’s Pennzoil 400.

While most drivers were complimentary of new aerodynamic rules designed to improve the quality of racing at LVMS and the other intermediate ovals, Busch seemed indifferent.

“From my seat, I thought they were pretty similar,” he said of the two 2019 LVMS races in which he finished third and 19th (after contact with the wall and a slower driver). “To me it just seems that when your car is really, really good … when it’s more perfect, you’re more gone, know what I mean?”

He can relate to being long gone on his hometown track. In his victory at LVMS in 2009, he started from the back before taking the lead on the 54th lap and driving away to a win he still rates among his career highlights.

“It was cool,” Busch said. “I watched Vegas being built from the ground up, and I remember when it wasn’t anything but a gleam in the eye of (LVMS founder) Richie Clyne — all those guys who made that place happen.”