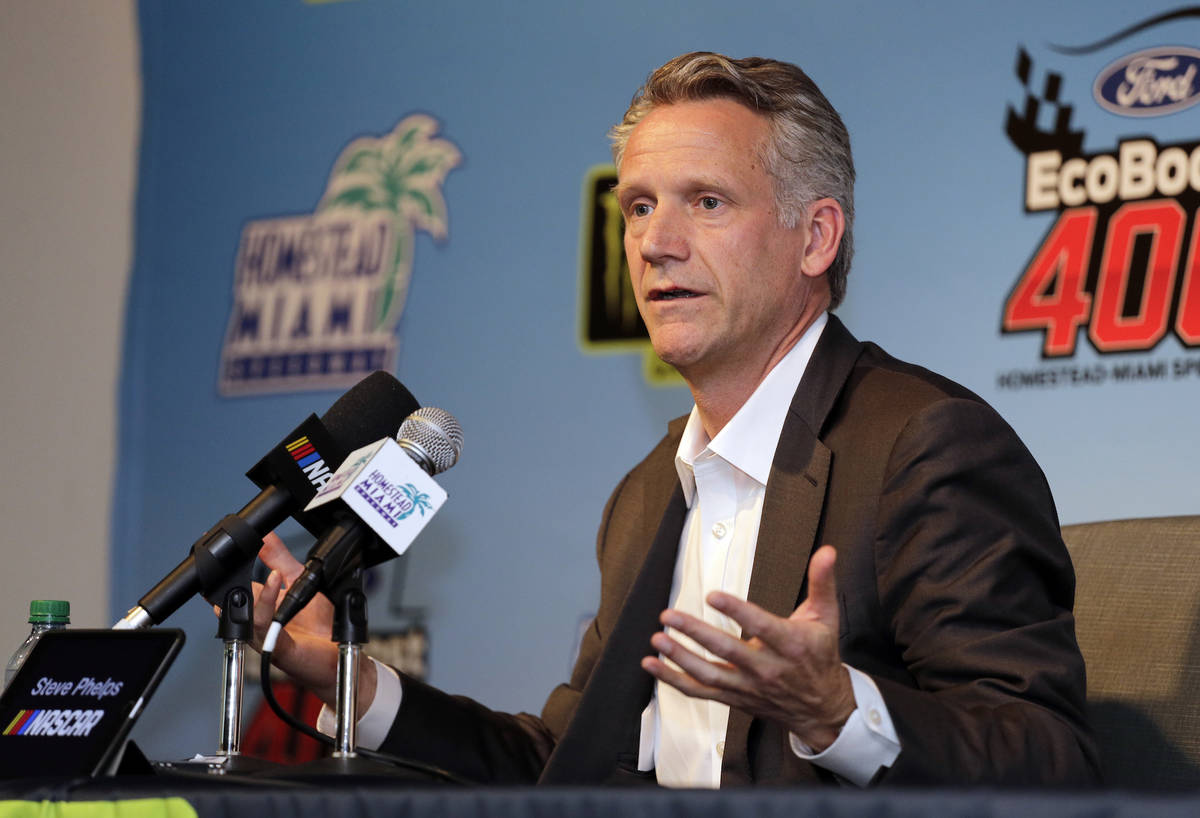 It was a racing season like no other in NASCAR.

The stock car racing governing body in 2020 had to overcome a deadly pandemic, banned the Confederate flag from its tracks, bid farewell to a popular seven-time series champion (Jimmie Johnson) and crowned a popular new one (Chase Elliott) after switching the site of its national championship race to the desert outside of Phoenix.

Steve Phelps was proud of all of that.

Shortly before the cars took the green flag at the season-opening Daytona 500, the NASCAR president took a look back at one of the most compelling seasons in NASCAR history and spoke about the challenges of moving on from it during a Zoom call with reporters:

Q: How do you feel the COVID protocols worked last year? What was the process like for implementing them for this year?

A: I thought they worked very well. Nothing’s perfect. We did have some cases, a couple high-profile drivers. But all in all, I think if you look at our protocols relative to other sports … I think our competitors felt safe. We have some competitive advantages (over other sports). Drivers, they have their firesuits, their helmets, gloves. Same with the crew members, our officials. It’s different than (some) other sports. It’s outdoors.

Q: Why do you think NASCAR believes its place is to publicly address and act on social justice and racism issues?

Q: Last year NASCAR said it wanted to have more variety on its 2021 schedule, more road courses. Are you pleased with the schedule for this year?

A: Do I envision a time when NASCAR Cup Series races are being streamed, and that’s the only place you can get them? I would say right now that’s not something that’s on our radar. Do I think there is a role for streaming services within NASCAR? The answer is yes. Different content that we can put through a streaming service is important. I think that with funding going in that direction, that can work out very well.

A: In the words of the Fox promo, I think this is going to be our best season ever.