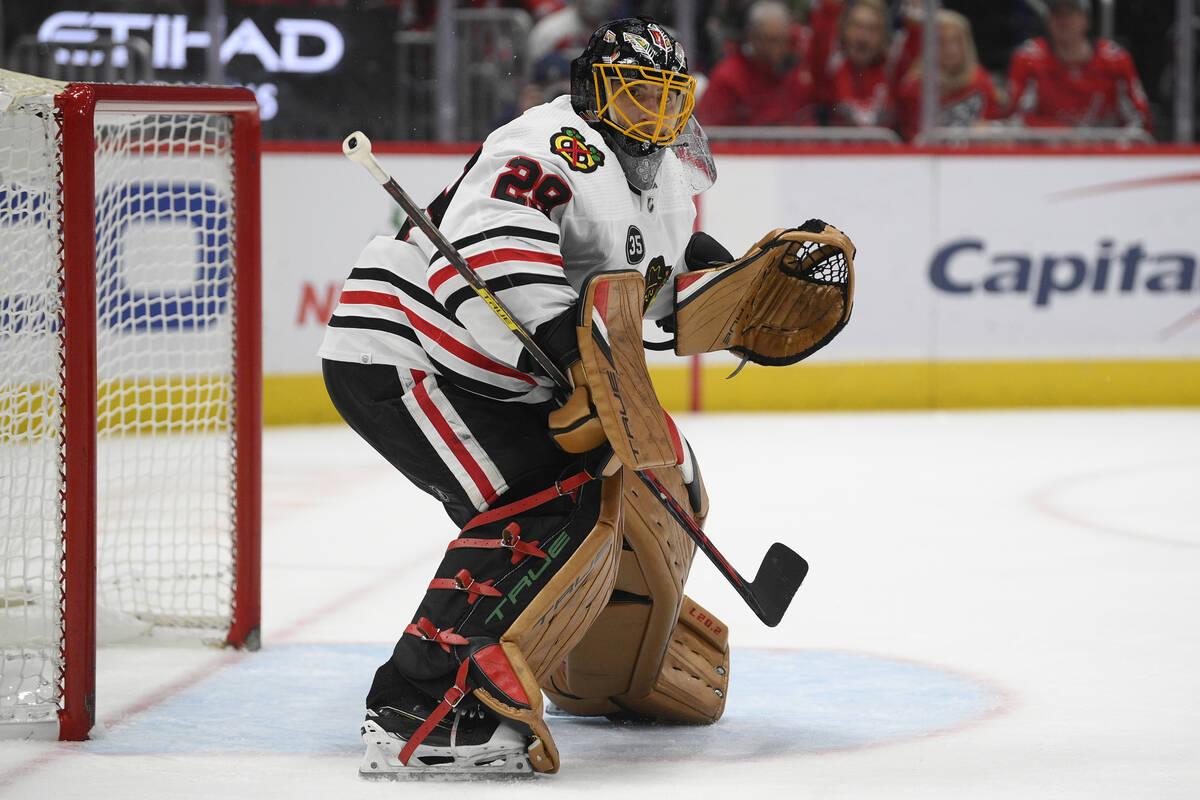 The former Golden Knights goaltender is poised to become the third goaltender in NHL history to reach 500 career victories following Chicago’s 3-2 win over the New York Islanders on Sunday.

Fleury won the Vezina Trophy as the league’s top goaltender last season, solidifying his Hall of Fame resume, and was the face of the franchise during his four seasons with the Knights.

He went 117-60-14 in 192 appearances with the Knights, leading the expansion club to the Stanley Cup Final in its inaugural season while uniting a city still reeling from the Oct. 1, 2017, mass shooting on the Strip.

But with salary cap space tight and the Knights committed to Robin Lehner as their long-term No. 1 goaltender, Fleury was traded to the Blackhawks on July 27 in exchange for minor league forward Mikael Hakkarainen, whose contract was later terminated.

After a difficult start, Fleury has won six of his past eight decisions and owns a 1.71 goals-against average and .944 save percentage since Nov. 8.