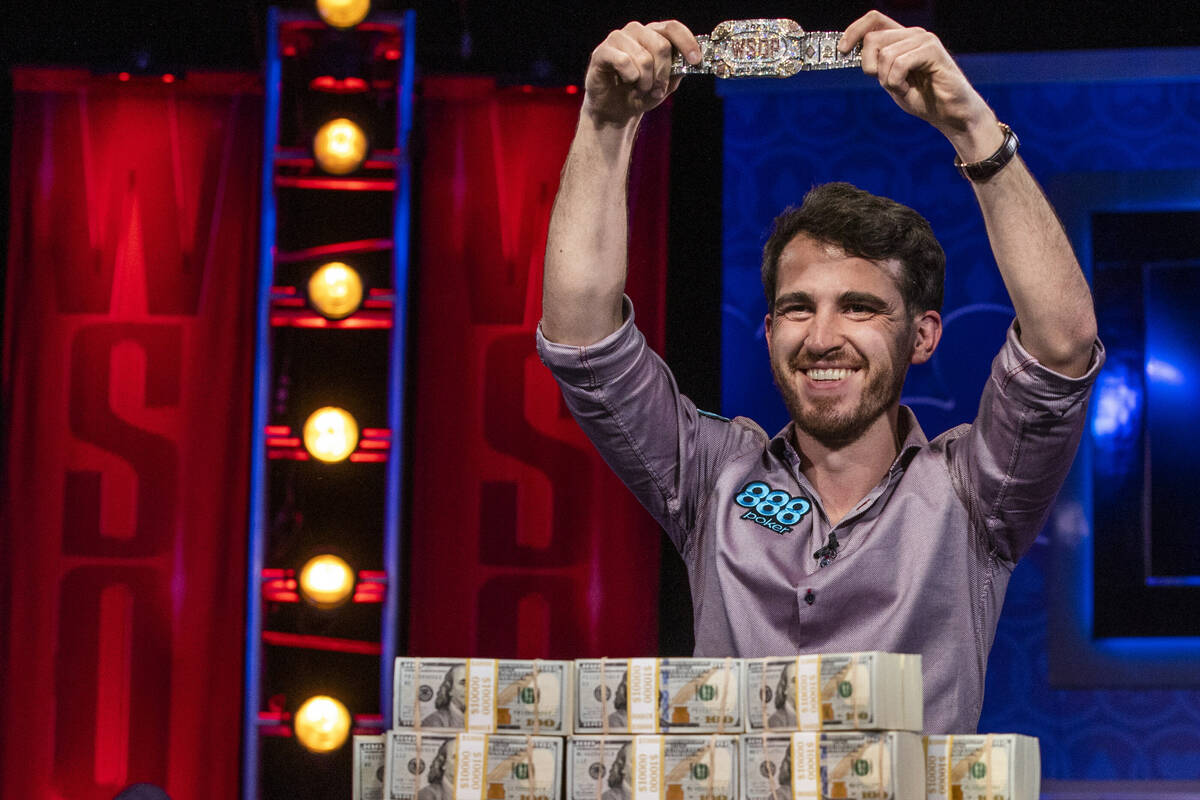 As the lines for late registration into the World Series of Poker’s Main Event continued to grow Friday afternoon, so did the hope of an attendance record.

Almost 500 new players entered before the first break, adding to the 8,000-plus that previously joined the tournament at Bally’s and Paris Las Vegas. Optimism was high.

But by 2:30 p.m., about 90 minutes before registration ended, the line dried up and with it the optimism from earlier.

After officials boldly predicted a record-breaking field prior to the start of the WSOP’s $10,000 buy-in No-limit Hold’em World Championship, the Main Event officially featured 8,663 entrants.

While it didn’t surpass the record 8,773 entrants from the 2006 tournament, this year’s total is the second-largest in the tournament’s 53-year history.

“This summer has shown once and for all that poker is back and better than ever,” WSOP senior vice president Ty Stewart said. “There’s nothing like the WSOP, and the future is bright.”

The massive Main Event field created a prize pool of more than $80 million, and the winner will receive $10 million. That is tied for the second-largest first prize ever behind the $12 million Jamie Gold won in 2006. Koray Aldemir of Germany took home $8 million for his victory in 2021.

The Main Event continues Saturday with Day 3 when the remaining players from all four flights are combined for the first time. The tournament is expected to hit the money early Sunday on Day 4.

Aldemir is one of several previous Main Event winners who were alive at the dinner break Friday or had already advanced from an earlier flight.

Also looking to make deep runs Friday were Chris Moneymaker, whose 2003 victory is credited with starting the poker boom, along with 2012 winner Greg Merson and two-time champion Johnny Chan.

Gavin Munroe, playing his first Main Event, was the only player to surpass 1 million chips (1,061,500) after Thursday’s Day 2ABC. The native of Alabama won a WSOP Circuit event in May and has three Circuit victories to his credit.

Among the other notable players who bagged chips and will play Saturday are Jesse Sylvia, the 2012 Main Event runner-up, and WSOP bracelet winners Eric Baldwin, Benny Glaser, Ben Lamb and Dan Smith.

A pair of controversial figures also remain, as Ali Imsirovic and Bryn Kenney each are sitting on big stacks. Both faced accusations of cheating from fellow players prior to the start of the WSOP.

There were a handful of notable female players who also remained in the mix entering Saturday.

Kelly Minkin, who is seven months pregnant with her second child, is looking to become the last woman standing in the Main Event for the third time.

Mikiyo Aoki, owner of two top-three finishes in the Ladies Event to go with a deep Main Event run in 2014, will be joined by tournament regulars Jennifer Shahade and Angela Jordison.