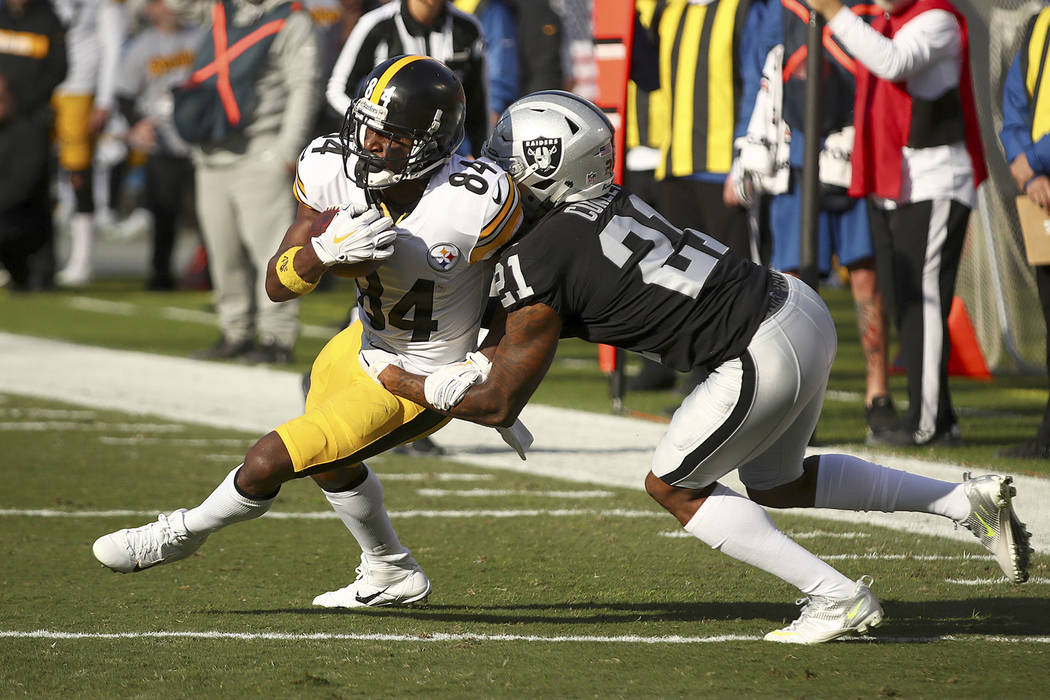 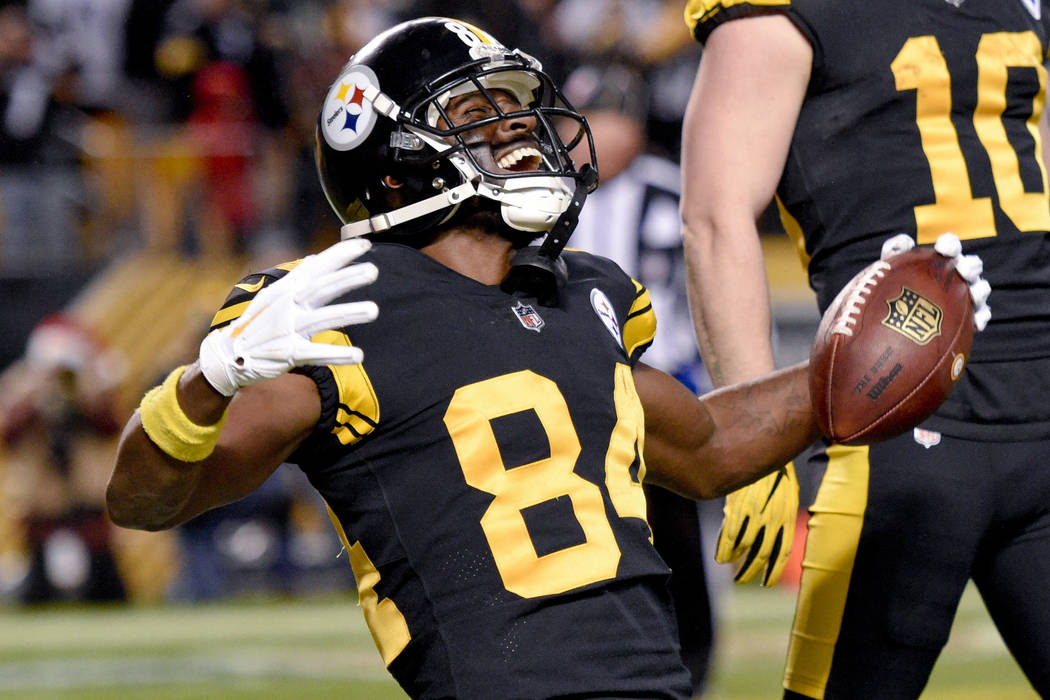 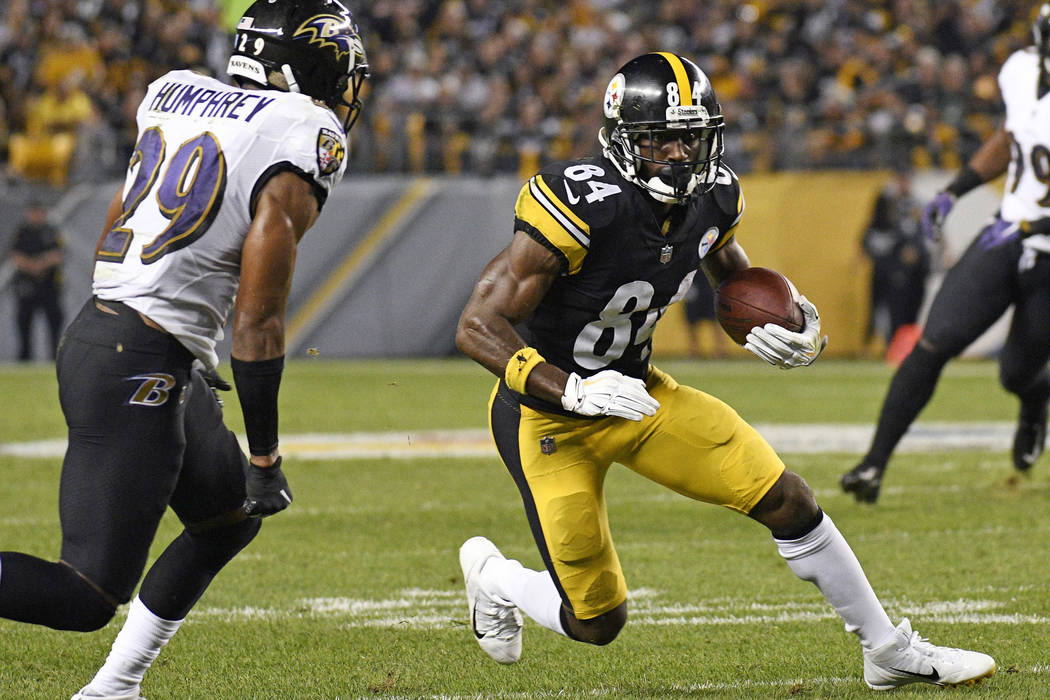 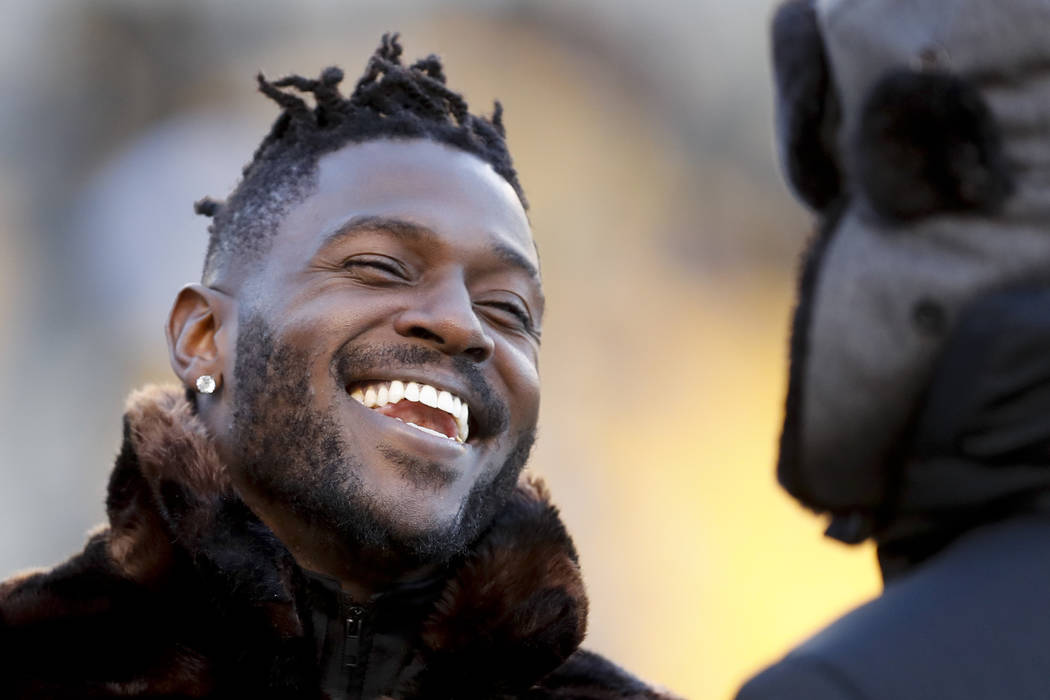 In this photo from Dec. 30, 2018, Pittsburgh Steelers wide receiver Antonio Brown, left, talks to former Steelers quarterback Charlie Batch as he stands on the sideline before an NFL football game against the Cincinnati Bengals, in Pittsburgh. (AP Photo/Don Wright) 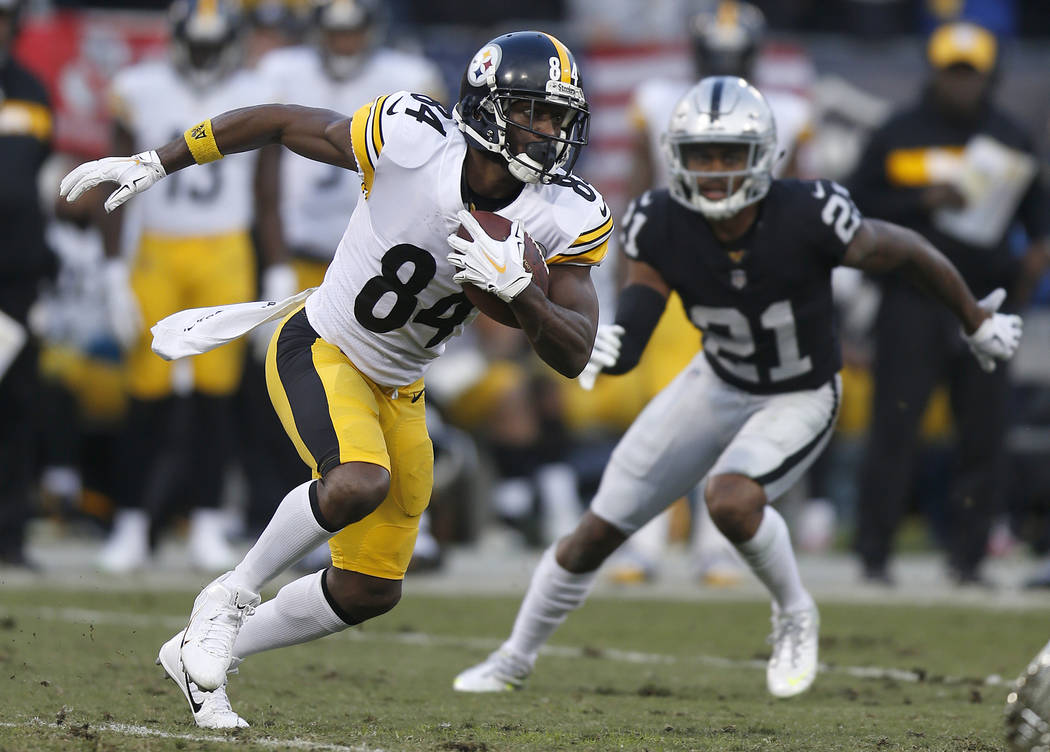 OAKLAND, Calif. — Whatever trade parameters existed between the Pittsburgh Steelers and Buffalo Bills this week for wide receiver Antonio Brown were moot.

He did not want to go.

The seven-time Pro Bowler, who turns 31 in July, reportedly had no interest in a move to upstate New York, rendering any trade dialogue futile. Brown has the leverage to influence his career’s direction. He told ESPN recently in a video profile that his next team must be willing to “play by my rules” and insinuated he is prepared to retire if dissatisfied.

Should a trade develop with the Raiders, his response is expected to go differently.

A person close to Brown said that he would welcome the Raiders as a trade destination, citing the franchise’s 2020 move to Las Vegas as one factor. There are no state income taxes in Nevada. One crucial sticking point for the club, however, has been Brown’s desire for a new contract. This must be resolved for any agreement to be reached.

One way or another, the Raiders hope to add a quality wide receiver soon.

The NFL’s two-day negotiation period begins at 9 a.m. Monday. That’s when clubs are permitted to negotiate contracts with other teams’ impending free agents. Signings can be finalized once free agency officially begins at 1 p.m. Wednesday.

Wide receiver is an offseason focal point for the Raiders.

They hope to add a No. 1-caliber option and a slot receiver. Acquiring Brown, of course, would achieve the first goal. But in free agency, Los Angeles Chargers wide receiver Tyrell Williams would provide an outside presence the team desires for less money, at a younger age, and with far fewer off-the-field concerns. Williams, far less established than Brown, is considered likely to know by Monday evening which team he will join Wednesday.

It’s possible Brown could be traded before Monday.

If not, Williams has the capacity to remove the Raiders from the trade speculation altogether. They would not acquire both receivers and are among the teams expected to emerge as serious contenders for Williams. Others include the Indianapolis Colts and Cleveland Browns.

In the meantime, Brown will remain arguably the league’s most dragged-out storyline.

An NFL Network report Thursday evening indicated the Steelers were “closing in” on a trade with the Bills. On Instagram, Brown refuted the report as “fake news.” No trade involving Buffalo is now considered imminent, and conflicting reports arose as to how close the sides came.

He posted a collection of videos throughout Friday, including footage of him in a Florida gym. In one clip, a friend is overheard commenting that Brown already is wearing “black and gray,” an apparent reference to the Raiders’ silver and black colors. This did not dispel speculation the Raiders could be an emerging trade partner.

Brown wouldn’t mind if they are.