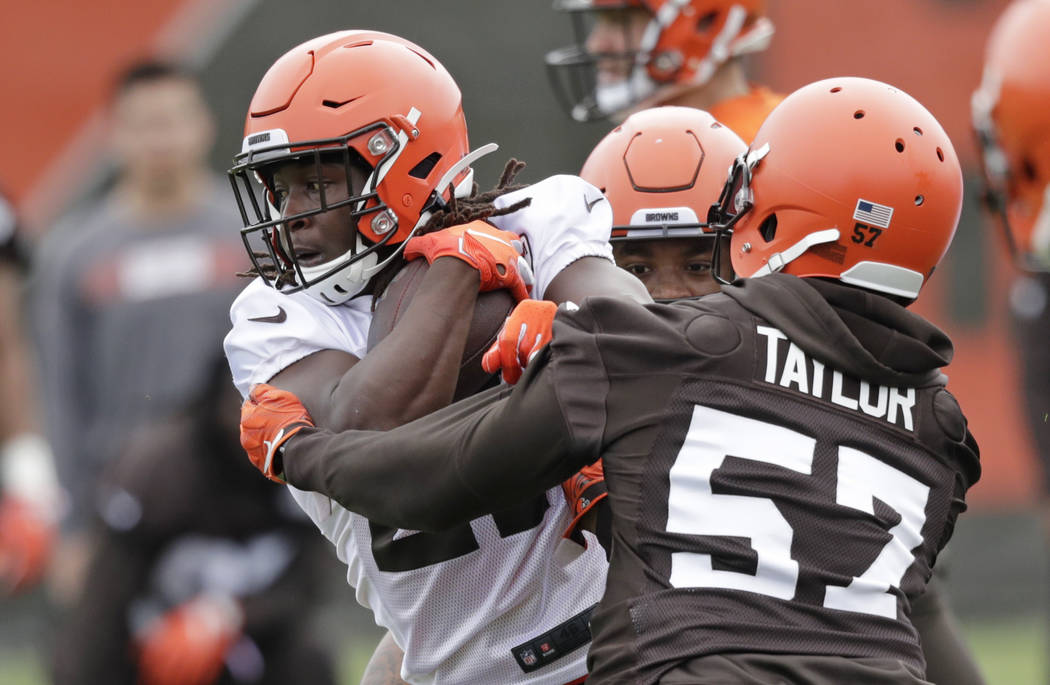 CLEVELAND — The Cleveland Browns say they’ve spoken to suspended running back Kareem Hunt about an incident this weekend outside a downtown bar.

The 23-year-old Hunt got into an argument with a friend late Saturday night. A video obtained by TMZ showed Hunt speaking to an officer and explaining what happened.

Hunt was not arrested and Sgt. Jennifer Ciaccia, a Cleveland police spokeswoman, said no reports were filed.

Hunt will serve an eight-game suspension handed down by the league to start next season for physical altercations, including one in which shoved and kicked a woman in the hallway of a Cleveland hotel.

He was released by the Kansas City Chiefs in December and signed by Cleveland in February.

Hunt said in May that he told Browns general manager John Dorsey he could trust him. Dorsey drafted Hunt in 2017.