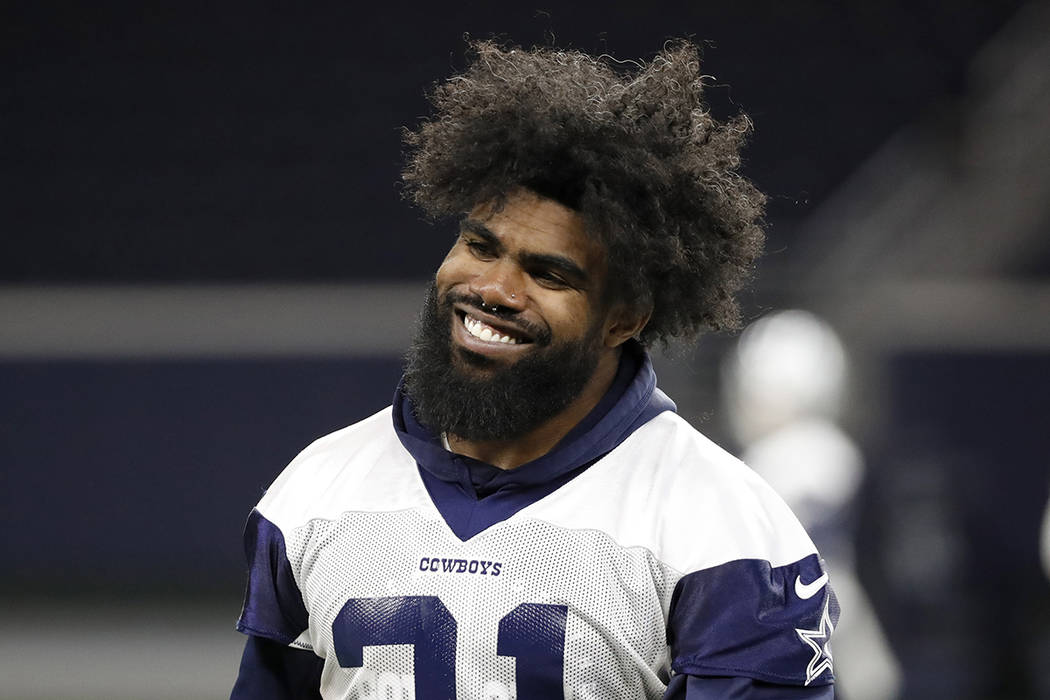 Dallas Cowboys running back Ezekiel Elliott smiles as he walks off the field after participating in drills at the team's NFL football training facility in Frisco, Texas, Wednesday, June 12, 2019. (AP Photo/Tony Gutierrez)

Dallas Cowboys running back Ezekiel Elliott said on his Twitter account that he has met with NFL commissioner Roger Goodell over a confrontation that occurred during the Electric Daisy Carnival at Las Vegas Motor Speedway.

Elliott was briefly handcuffed by Las Vegas police officers after knocking over a security guard on May 18 at the EDC grounds. The video was captured and published on TMZ.

“Earlier today, I met with the Commissioner to share with him what occurred in Las Vegas and what I have learned from that incident. I’ve worked hard to make better decisions and to live up to the high standards that are expected of me.

“I failed to do that here and I made a poor decision. I apologized to (security guard) Kyle Johnson at the time and I meant it.

“I need to work harder to ensure I do not put myself in compromised situations in the future. I am rededicating myself to use all of the resources that the league has made available. But in the end, it is up to me and I am determined not to be in this position again.”

In an interview with CBSLA.com in May, Johnson said he was still awaiting Elliott’s apology.

This is the second well-publicized incident this year involving Elliott and a late-night scene in Las Vegas. On Jan. 26, he and DJ Franzen argued at Drai’s Nightclub at the Cromwell the night of the AFC and NFC Championship games.

One report is Franzen trashed-talked the Cowboys for their 30-22 loss to the L.A. Rams on Jan. 12, which angered Elliott.

Elliott was suspended for six games in the 2017 season after the NFL investigated physical-abuse allegations related to an ex-girlfriend, which he denied.