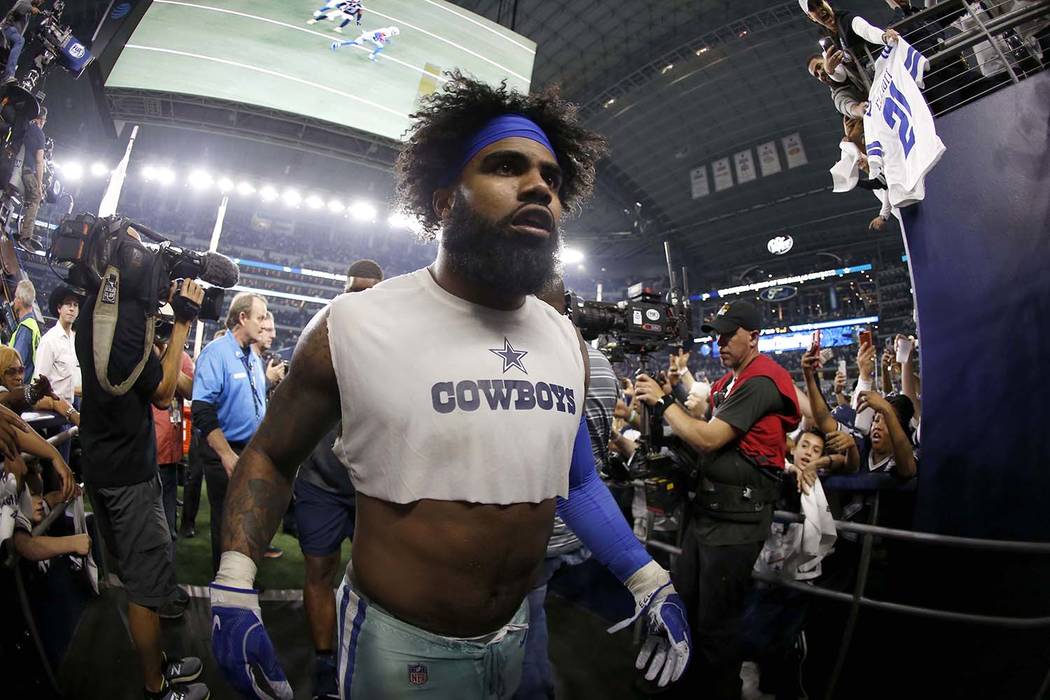 The security guard reportedly shoved by Ezekiel Elliott at the Electric Daisy Carnival on May 18 is awaiting a mea culpa from the Dallas Cowboys running back.

In an interview with CBSLA.com, Kyle Johnson, 19, of Orange County, gave his version of the events that led to Elliott being briefly handcuffed by Las Vegas police officers and captured on video and published on TMZ.

“I mean, I wasn’t hurt or anything,” he said. “But, I mean, just to have someone you looked up to shove you on the ground over a metal fence. … It’s not the biggest thing in the world, but, really, ‘Nothing happened’? C’mon.”

In the video, it shows Elliott lowering his right shoulder and using his forearm to send Johnson into a metal railing and to the ground. A group of officers then led Elliott and a woman from the scene.

Johnson said the police asked him at the time whether he wanted to press charges.

“I didn’t want to make … a rash decision that soon without evaluating it further,” he said. “It was 3 in the morning; I was shocked.

“I told the police that I just wanted an apology out of the guy.”

Elliott, who played at Ohio State, was suspended by the NFL in 2017 for six games for violating the league’s personal conduct policy after an investigation of allegations he had several physical confrontations in the summer of 2016 with his girlfriend at the time.

Elliott denied the allegations, saying he was not an abuser, and fought the suspension for several weeks in several courts before finally serving the suspension.

He also caused Las Vegas headlines this year when it was revealed that he and DJ Franzen argued Jan. 26 at Drai’s Nightclub at the Cromwell,the night of the AFC and NFC Championship games.