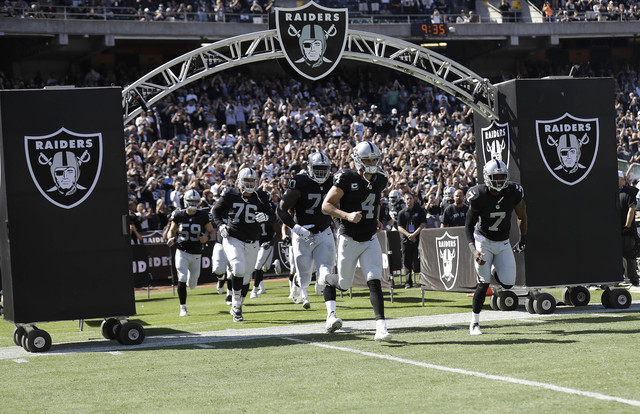 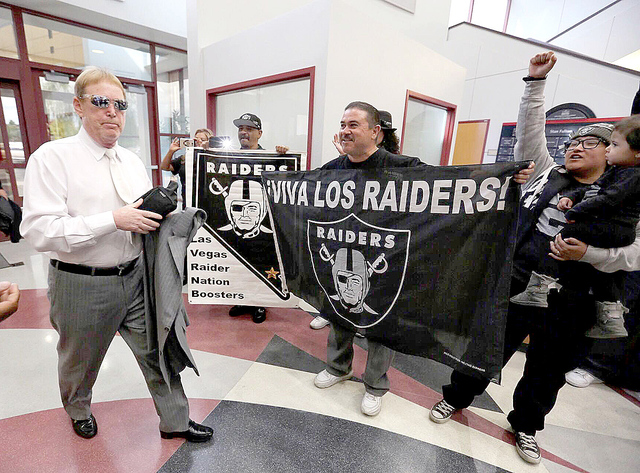 CARSON CITY — Waiting all week was no inconvenience for Raiders owner Mark Davis, who worked for more than six years to get a new stadium in Oakland.

His team’s new home instead will be built in Las Vegas, and the deal he got seemingly happened overnight. After Nevada lawmakers staged a marathon session that adjourned at 1 a.m. Friday, Davis finally received the news he wanted to hear about 1 p.m., when the Legislature passed a financing plan for a 65,000-seat domed football stadium near the Strip, capping a weeklong special session.

The proposal for the $1.9 billion stadium, which includes $750 million in public funds via a Clark County hotel room tax increase, passed the Assembly in a 28-13 vote that was finalized at 11:50 a.m. A two-thirds supermajority vote was required for the bill to advance, and the final vote was right on the number. The amended bill was returned to the Senate, which quickly passed the measure, sending it to Gov. Brian Sandoval.

“I would like to thank Governor Sandoval, the Southern Nevada Tourism Infrastructure Committee and the members of the Nevada Legislature on this historic day,” Davis said Friday in a statement released by the Raiders. “All parties have worked extremely hard to develop and approve this tremendous stadium project that will serve as a proud new home for the entire Raider Nation.”

An “excited” Davis said he plans to fly to Las Vegas on Monday, when Sandoval is scheduled to sign the stadium bill at a news conference.

NFL spokesperson Brian McCarthy said the league had no comment after Friday’s vote. Commissioner Roger Goodell told The Associated Press last month he would like to find a way to keep the Raiders in Oakland.

“Well, you never want to see a community lose their franchise once, much less twice,” Goodell said. “That’s why we work so hard with our communities to say, ‘This is what you have to try to get to,’ because you need to try to make sure this franchise continues to be successful.’ ”

The next step for Davis is to present Las Vegas’ proposal to other team owners and NFL executives at the league’s fall meeting Tuesday and Wednesday in Houston. The Raiders and San Diego Chargers will update league officials on their respective stadium situations.

Davis would not officially file for franchise relocation until January, when a formal vote on the Raiders’ relocation from Oakland to Las Vegas is expected. The Raiders would need 24 of 32 owners to vote in favor of the move.

Sandoval said he called this week’s special session of the Legislature because he believes the NFL will approve the Raiders’ relocation to Las Vegas and he realized the sense of urgency because of the short timeline.

The Legislature heard several hours of public comments from stadium proponents and opponents this week, and Sandoval said he welcomed the “tough questions” that had to be voiced before votes were cast by the Senate and Assembly.

The financial commitment from the Raiders includes a $200 million loan from the NFL and $300 million that would be raised partially by the sale of personal seat licenses for the Las Vegas stadium.

Davis said he has no plans for the Raiders to play regular-season games in Las Vegas until the new stadium opens, likely in 2020. He said the Raiders are considering potential training camp sites in the Reno area.

Meanwhile, Oakland Mayor Libby Schaaf told the San Francisco Chronicle this week that she is pursuing a stadium plan for the Raiders through a group of Bay Area investors fronted by former NFL star Ronnie Lott.

“We are bringing what we have to the table to keep the Raiders,” Schaaf told the Chronicle.

The Raiders share the Coliseum with the A’s baseball team, and with both franchises seeking new stadiums, Major League Baseball commissioner Rob Manfred recently indicated Schaaf is more concerned with keeping the A’s.

The push for Las Vegas’ stadium plan was boosted Monday when Jim Murren, chairman and CEO of MGM Resorts International, and Steve Wynn, CEO of Wynn Resorts, spoke to the Legislature and encouraged a favorable vote.

Murren said it would be “tragic” if Las Vegas lost the opportunity to land the Raiders and bring the NFL to the city.

Davis did not speak to legislators this week, saying he instead was “monitoring” events in Carson City from afar and hoping for the positive result that finally developed Friday.