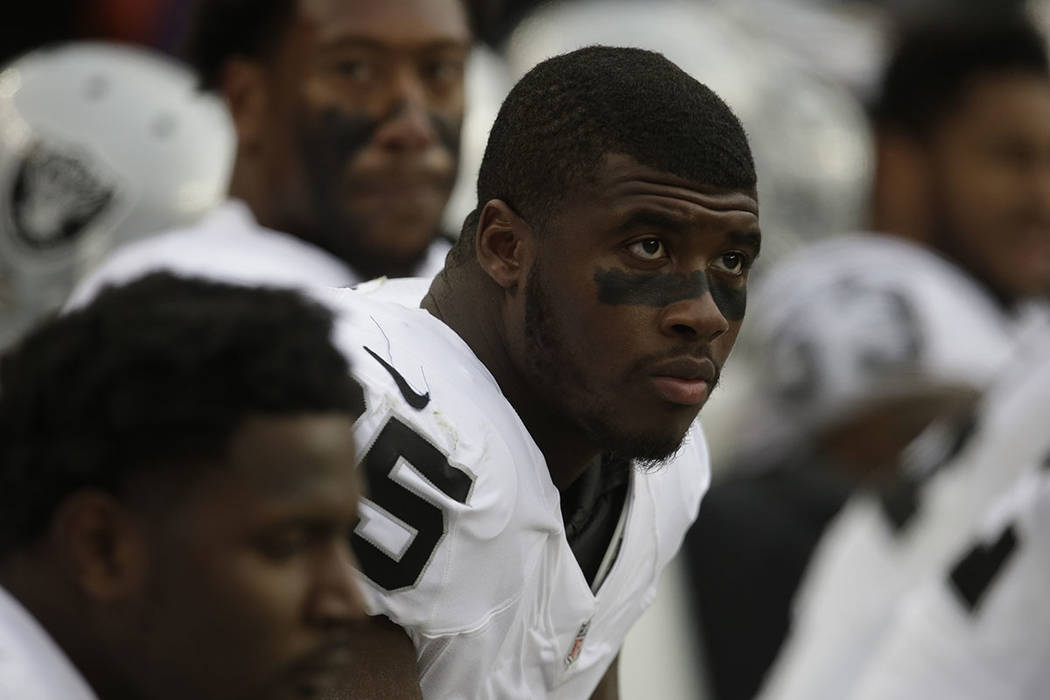 OAKLAND, Calif. — It happened on June 6.

Jihad Ward winced toward the end of practice and pulled out of a drill. A Raiders athletic trainer evaluated his left foot area. Ward was scheduled for additional testing after practice. The 2016 second-round pick was not seen on the field again for the remainder of the spring.

Because the Raiders do not comment on offseason injuries, no more information was known.

An image from Ward’s Snapchat account in June resurfaced three weeks later on social media. It captures the 23-year-old defensive lineman in a medical gown, his left leg in a cast, his right hand issuing a thumbs up. Ward apparently underwent surgery days after the injury in organized team activities. But for now, that is about where the information trail ends.

A Raiders spokesman reaffirmed Wednesday the team’s policy not to disclose information regarding offseason injuries. Such is the club’s right; no NFL team is required to disclose medical information before submitting its Week 1 injury report in early September. A separate Snapchat photo reportedly shows the cast having been removed.

It’s unclear the exact nature of the injury. It’s unclear if Ward will be limited or unavailable for the start of training camp. The Raiders’ first full-squad practice is on July 29 in Napa, California. Should Ward not be cleared to participate, he will be a candidate to start camp on the Physical Unable to Perform list.

This situation, while coming at a relatively good time before a six-week dead period, does not help Ward’s.

He was viewed to be a talented but fairly raw prospect when the Raiders selected him out of Illinois with the 44th overall pick. He appeared in all 16 games as a rookie, starting 13 of them while notching 30 tackles with a fumble recovery. Ward did not not record a sack but gained experience, playing 636 defensive snaps.

Rookies are scheduled to report to training camp on July 24.

More will be known soon enough.