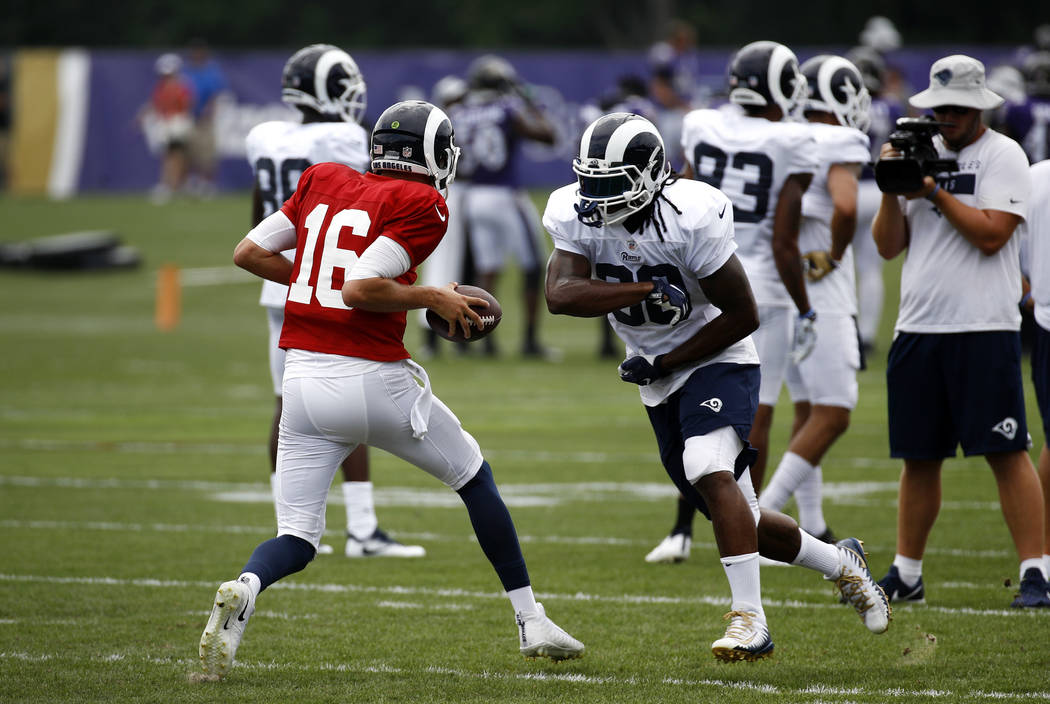 OAKLAND — The Raiders could have an eventful August, as they are considering both joint practices with the Los Angeles Rams and a preseason game in Canada against a second team.

Details are sparse regarding the possible Canadian game, which would mark the franchise’s debut in the country.

The team already will travel abroad for an allotted home game this regular season, facing the Chicago Bears in London. An exhibition in Canada, too, would count as a home game if finalized, people familiar with the situation have said.

The Raiders, pending a lease agreement with the city of Oakland and Alameda County, expect to play the 2019 season at Oakland-Alameda County Coliseum. They share the venue with the Oakland Athletics, an arrangement that impacts field conditions when their seasons overlap every August and September.

No other NFL and MLB teams share a stadium.

Avoiding multiple exhibitions on the dirt-grass Frankenturf is part of Canada’s appeal.

Most logically, the potential game would be held at a stadium where a Canadian Football League team resides.

One team source pointed to Mosaic Stadium, home of the Saskatchewan Roughriders in Regina, as a possibility, although no contract between the Raiders and Canadian officials is complete at this time.

The Buffalo Bills and Atlanta Falcons were the last NFL teams to meet in Canada; they played in Toronto on Dec. 1, 2013.

Raiders coach Jon Gruden and Rams coach Sean McVay privately have discussed joint practices this offseason. Where in California those sessions would occur — be they in Irvine or Napa where the Rams and Raiders hold training camp, respectively — has yet to be determined, a Rams source said.

McVay and Gruden are longtime family friends. Head coaches generally tend to schedule joint practices with other head coaches they trust to co-manage a productive collaboration. Last year, the Raiders and Detroit Lions practiced twice in Napa before an exhibition at the Coliseum.

Major skirmishes were avoided. The workouts’ heightened intensity and physicality were considered fruitful for both clubs.

The Rams, who are the defending NFC champions, could be active in August, too. They are engaged in discussions to play the Dallas Cowboys in Honolulu.