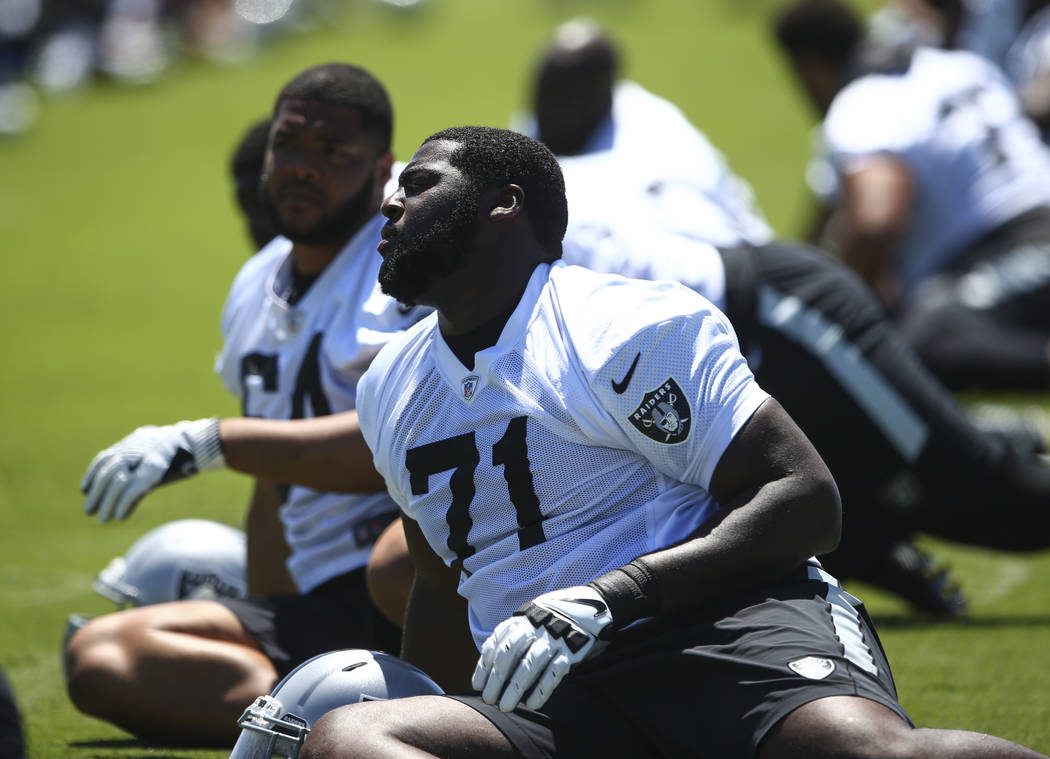 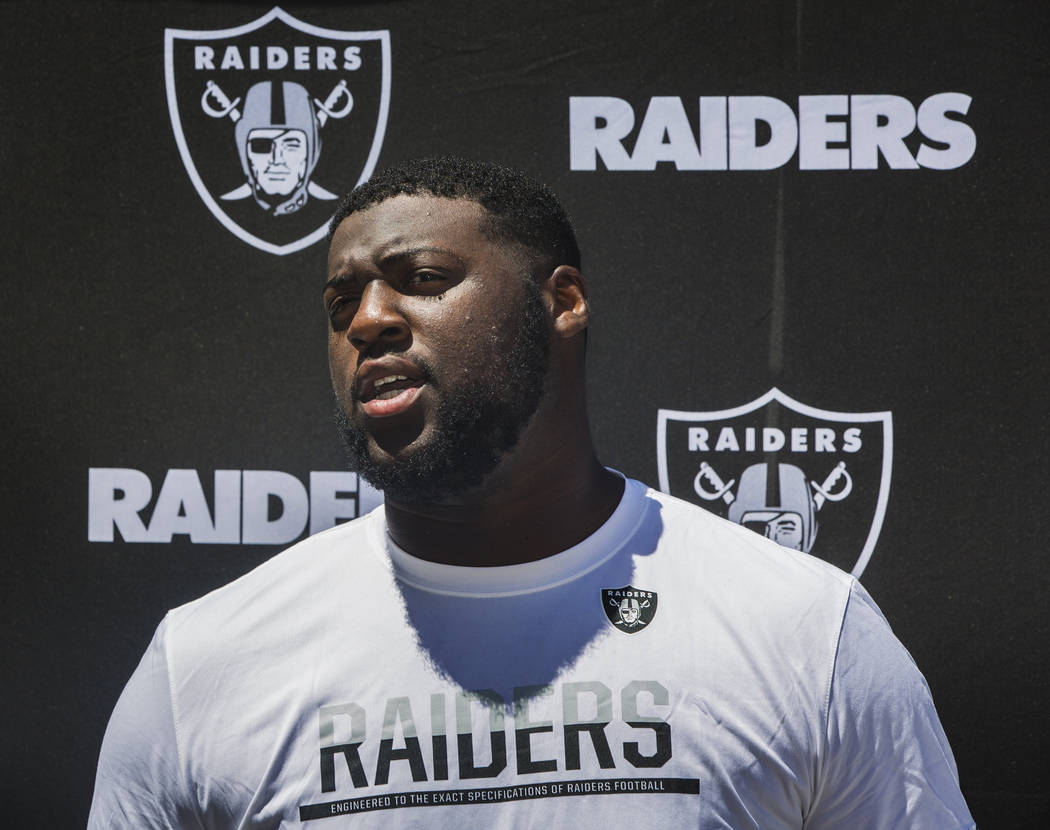 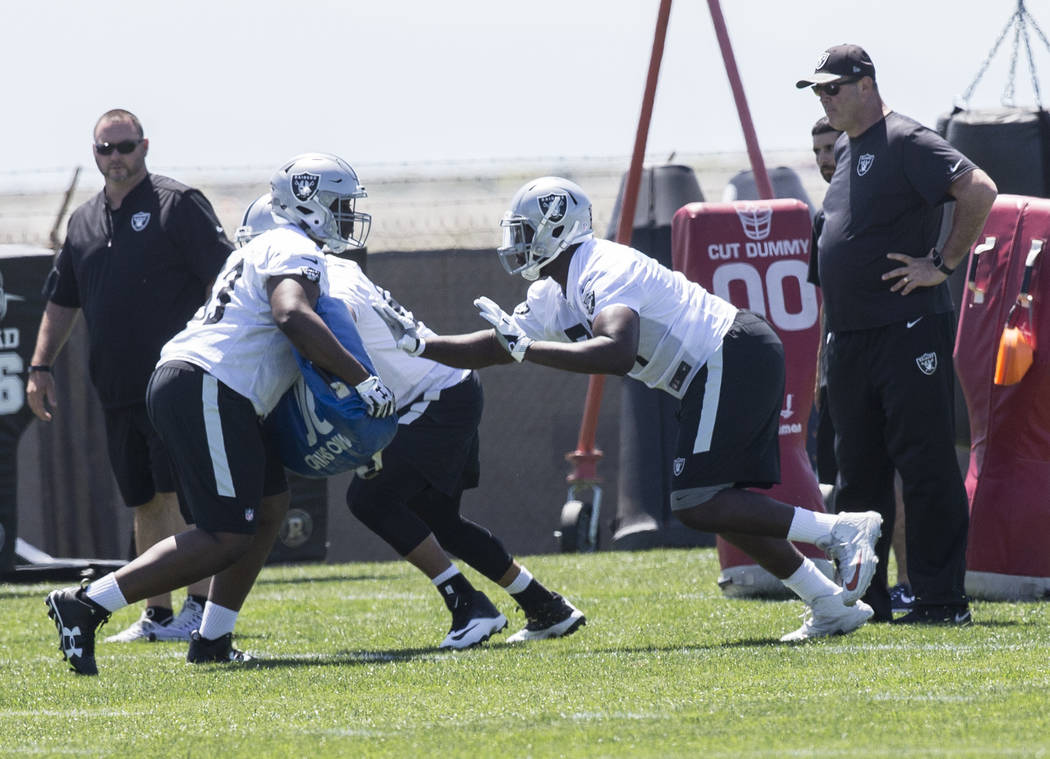 NAPA, Calif. — All 6 feet, 6 inches of David Sharpe twisted to the grass last week, a willow tree chopped by the crunch of a left ankle. He grimaced audibly. An athletic trainer evaluated him. The right tackle slowly rose to his feet and hobbled off the field.

Sharpe was gone for a few minutes.

That’s when the Raiders learned about their rookie fourth-round pick.

Sharpe impressed the team in the spring when there were no pads. He was a quick learner. He was athletic, moving like a basketball player. But since there were no pads, coaches qualified their evaluation. Sharpe since has revealed a bit of what he’s about, responding to a high-ankle sprain in a manner the team would hope.

The injury arose last Thursday during an 11-on-11 drill. Sharpe was working at right tackle with the second-team unit when a teammate accidentally fell into him. His ankle rolled, sending a shooting pain up his left leg.

This easily could’ve been the end of his afternoon. No shame in that.

Instead, Sharpe returned to a shorthanded offensive line with his ankle taped. He stood away from his teammates, rehearsing his pass-protection footwork. Deeming himself to be good enough, he re-entered drills and finished the final hour of practice despite visible limitation.

Coach Jack Del Rio said that he was pleased with the response.

“No question because when you’re in the trenches, you’re going to have some bumps and bruises, ” Del Rio said. “That’s part of playing in the National Football League. It was good to see. He bounced back and was able to finish and get some good work in right there at the end. Definitely happy to see that.”

Said Sharpe: “Anyway I can help the team. … I had a lot of adrenaline going, so it wasn’t a problem. There was a lot of pain, but I still wanted to suck it up and finish the day.”

Sharpe had to wait to play again.

The ankle was swollen when the tape was removed after practice. He was forced to miss the next four sessions. On Wednesday, he returned, back with the second-team unit at right tackle. While he is not 100 percent, Sharpe said that he hopes and expects to play Saturday in the Raiders’ exhibition opener against the Cardinals in Glendale, Arizona.

Perhaps, no one should be surprised. This is the same Sharpe who’s overcome a childhood cataract issue, playing predominantly on the right side this offseason after predraft chatter that his vision may limit him to the left.

In 2015, a situation arose at Florida that resembles the one last week. He suffered a right foot injury against Georgia when caught in a large pile. Despite the ailment, he finished the game. He was sidelined during the next week of practice, his foot in a protective boot, before starting at left tackle the ensuing Saturday against Vanderbilt.

It was one thing to demonstrate his toughness to college coaches and teammates.

Here with the Raiders, it was important to prove it again.

“I’m definitely ready to play in the NFL,” Sharpe said.