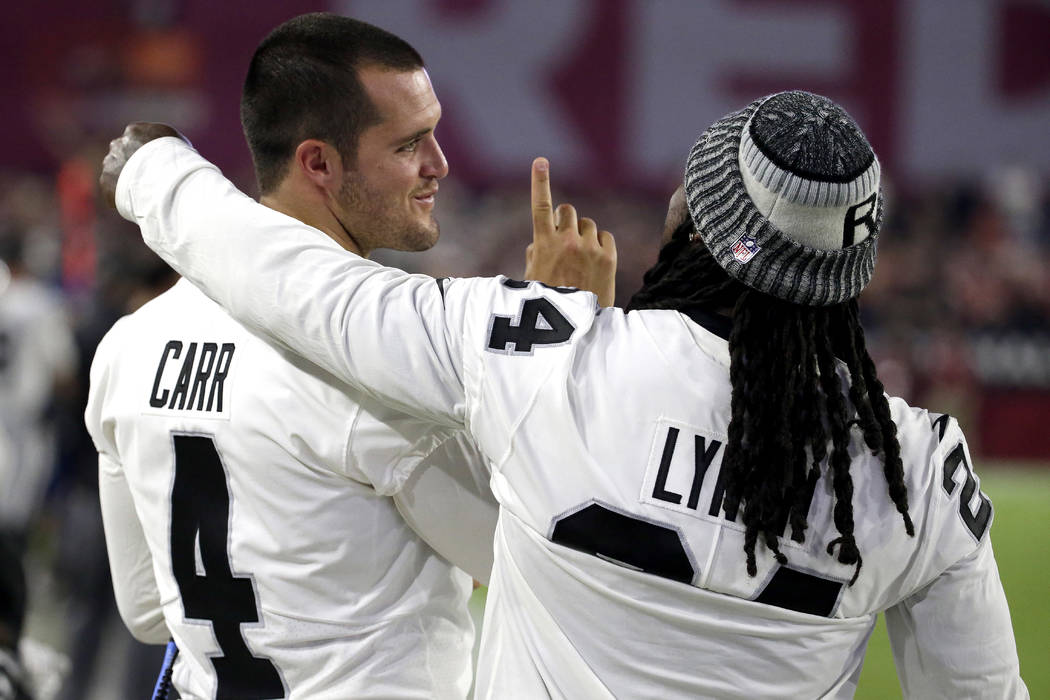 Oakland Raiders quarterback Derek Carr (4) and Marshawn Lynch talk on the sideline during the first half of an NFL preseason football game against the Arizona Cardinals, Saturday, Aug. 12, 2017, in Glendale, Ariz. (AP Photo/Rick Scuteri) 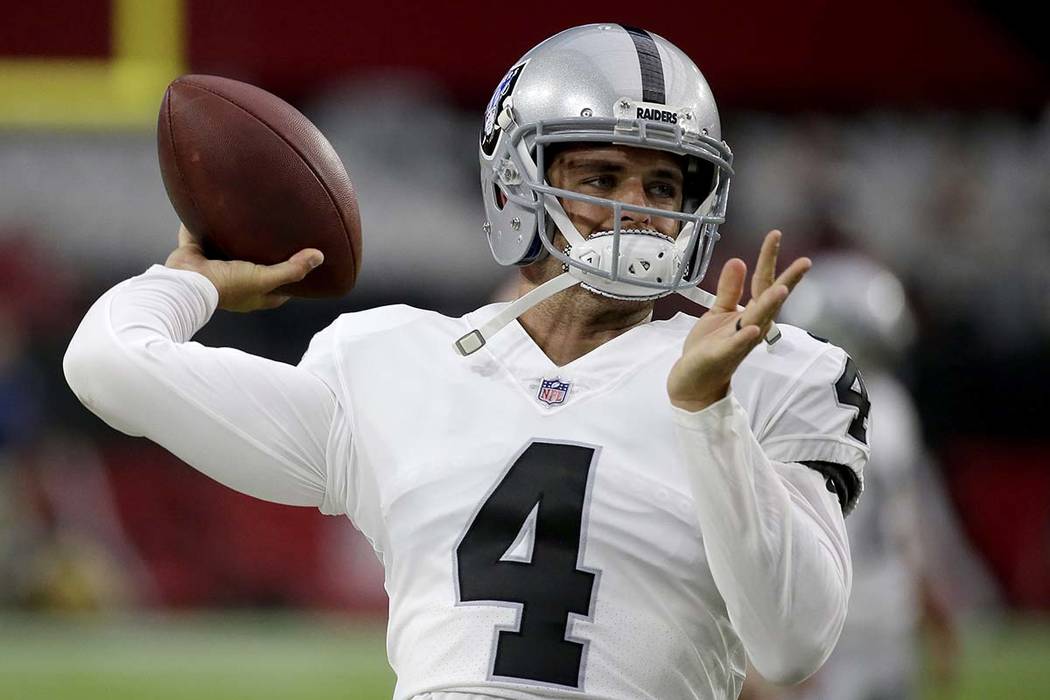 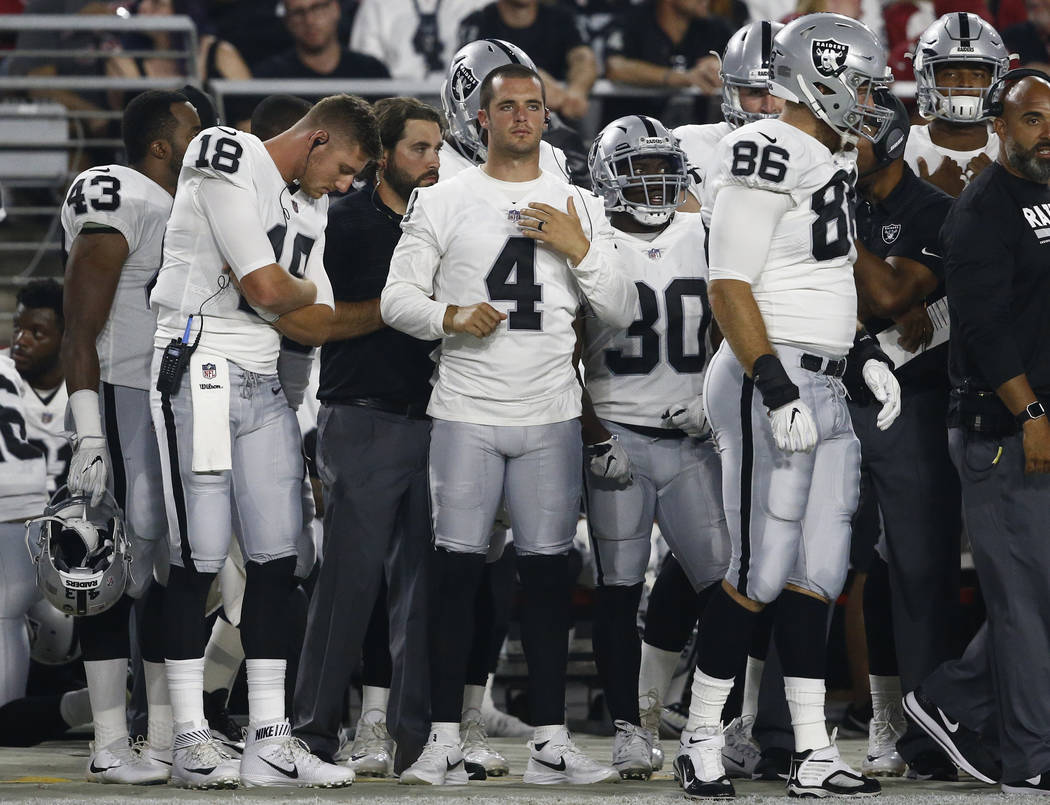 Oakland Raiders quarterback Derek Carr (4) watches from the sidelines during the first half of the team's NFL preseason football game against the Arizona Cardinals, Saturday, Aug. 12, 2017, in Glendale, Ariz. (AP Photo/Ross D. Franklin) 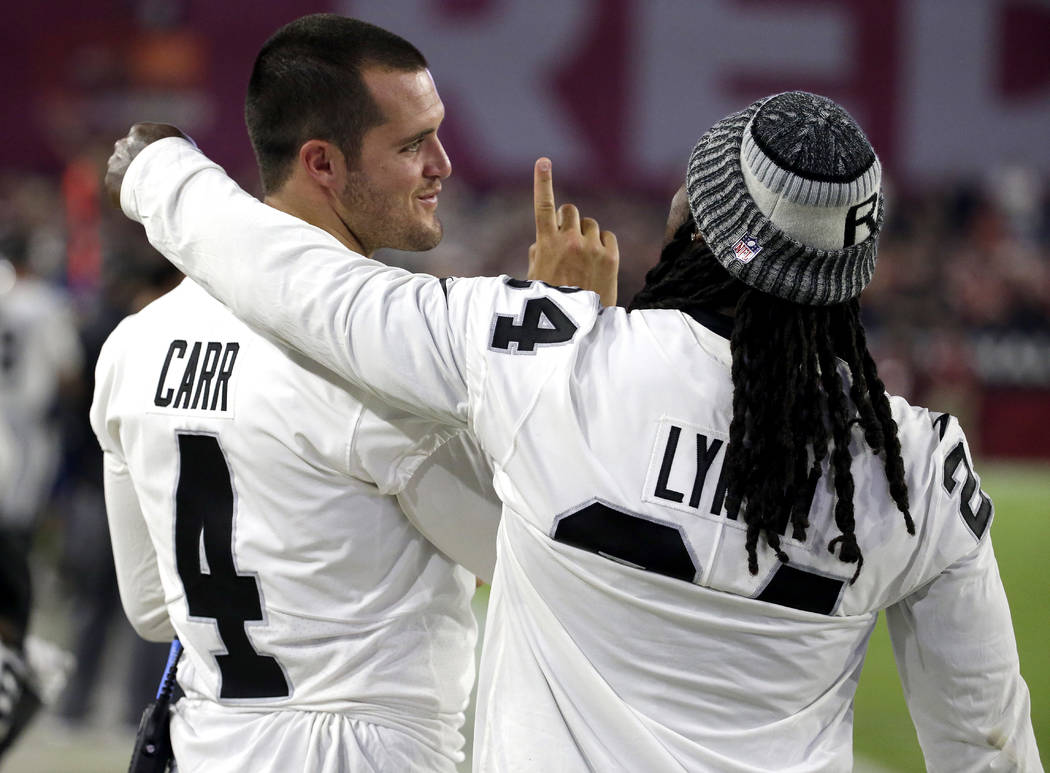 Oakland Raiders quarterback Derek Carr (4) and Marshawn Lynch talks on the sideline during the first half of an NFL preseason football game against the Arizona Cardinals, Saturday, Aug. 12, 2017, in Glendale, Ariz. (AP Photo/Rick Scuteri) 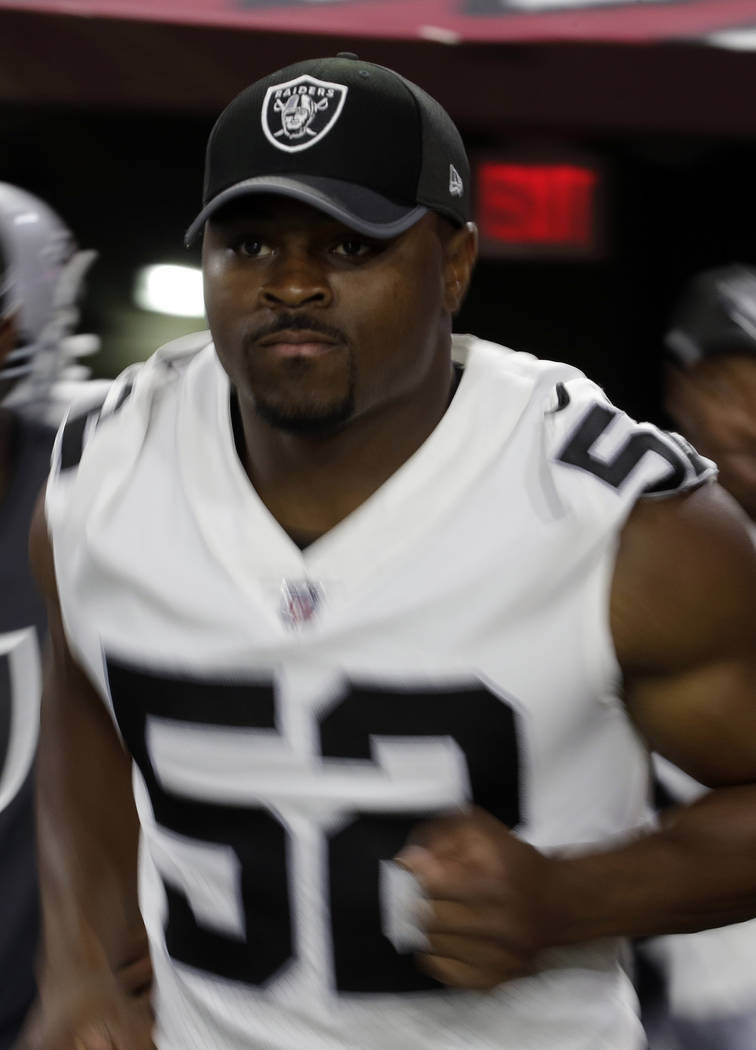 NAPA, Calif. — The first exhibition saw the Raiders rest several key starters, a who’s who that featured most everyone on offense along with defensive edge rushers Khalil Mack and Bruce Irvin.

Coach Jack Del Rio prefers to assign his starters moderate playing time in the second of four August games. And so that is the expectation Saturday, quarterback Derek Carr and Co. to debut against the Los Angeles Rams in the Raiders’ first game at the Coliseum this season.

The club opened its preseason last Saturday with a 20-10 loss to the Cardinals in Glendale, Arizona.

Most, if not all, will play Saturday.

This plan applies to Carr as well, Del Rio added.

Indications this training camp were that EJ Manuel won the team’s No. 2 quarterback job.

After camp ended Thursday, Del Rio all but said as much.

Manuel seemed favored over Connor Cook for weeks, handling the brunt of second-team reps. The Raiders hope never to rely on Manuel in the regular season, but he appears close to cemented as Carr’s primary backup.

“I think the time we had here and the first game the other night, I think he has done a little more (than Cook), done enough to be in the second slot,” Del Rio said. “I think they’ll continue to alternate reps and both get opportunities to show us. I’m pleased with both of the guys. I thought both guys operated pretty darn well the other night.”

Del Rio said it’s too early to be concerned with the likelihood that cornerback Gareon Conley, the team’s first-round pick, won’t be ready to contribute in the Sept. 10 season opener against the Titans. Conley has not practiced since June. He resumed running Sunday with a shin injury.

“I don’t think we’re there,” Del Rio said. “Obviously, the next couple of weeks will be huge.”

Conley is one of five Raiders players who did not practice in camp. Left tackle Donald Penn, defensive lineman Jihad Ward, tight end Cooper Helfet and linebacker Ben Heeney were the others.