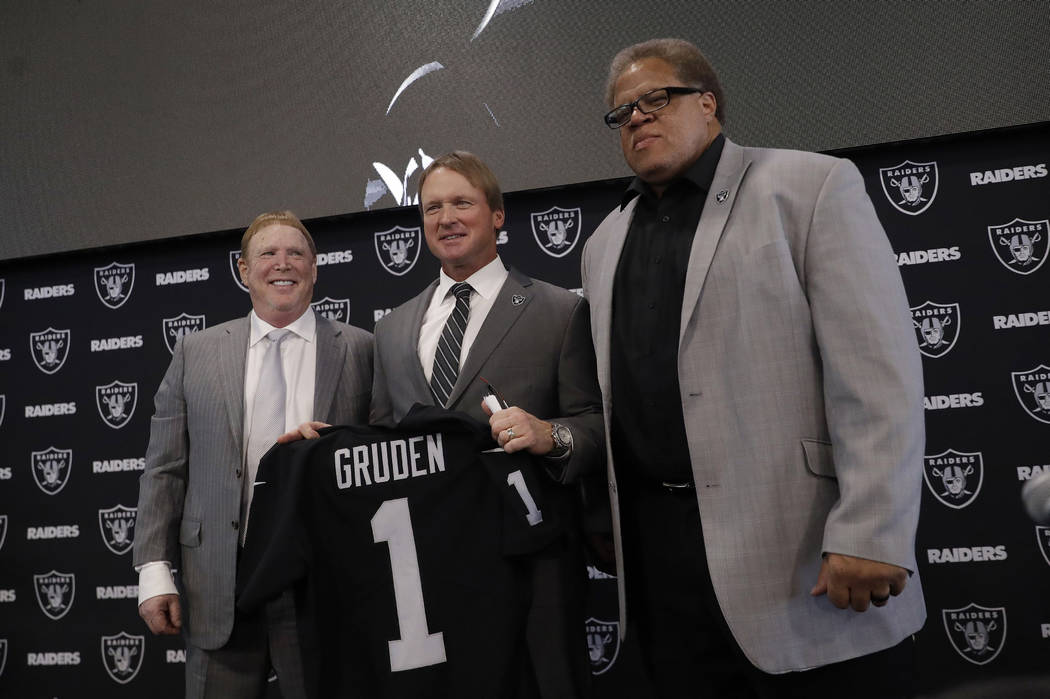 OAKLAND, Calif. — Civil rights attorney Cyrus Mehri received a surprise phone call about a decade ago, he said this week.

It was from Al Davis.

Mehri, co-founder of the Fritz Pollard Alliance, an advocacy group that promotes diversity and equality of job opportunities for minorities in the NFL, recounted an hourlong conversation. During it, he said, Davis effectively demonstrated why he was regarded as more than mere owner of the Raiders. Davis, known as a champion for diversity, discussed the NFL’s history and importance of civil rights to the league and his franchise.

He praised the FPA’s push for more minorities to be considered for coaching opportunities.

“This was in his bones,” Mehri said. “It was genuine. It would be really unfortunate if they misstepped on this.”

Mehri is one of two lawyers who successfully petitioned the NFL on Wednesday to explore whether the Raiders violated the Rooney Rule when hiring Jon Gruden as coach. Since 2003, the rule has required teams to interview minority candidates before such openings are filled. Mehri is now urging the Raiders to either quickly clarify the situation or accept fault.

He added that there seems little to clarify.

Raiders owner Mark Davis, Al’s son, met with reporters Tuesday after Gruden’s introductory news conference. Davis described a Christmas Eve meeting in Philadelphia between him and Gruden in which Gruden intimated he was “all-in.” Davis added he wouldn’t have fired coach Jack Del Rio on Dec. 31 if he didn’t believe he could successfully end a six-year chase for Gruden.

“I think Mark would have a hard time saying what he said to those reporters was inaccurate,” Mehri said. “The most honorable thing is for Mark to say, ‘I messed up.’ That’s what I think. It’s a hard ask, but if you’re Al Davis, what do you tell Mark? That’s what a father probably would tell a son. Just own up to it.”

The Raiders would have adhered to the Rooney Rule, Mehri said, if Davis notified Gruden on Christmas Eve only that he would be given a chance to compete for the team’s head coach job.

Based on Davis’ depiction, that assurance appeared to be stronger than that.

“I felt pretty confident that he was all-in,” Davis said Tuesday. “And that’s the term that we were using in our discussions and everything: “Are you all-in?” I never wavered from all-in. And this time he didn’t waver, either.”

“You can have a front-runner,” Mehri said. “Minority candidates have competed and succeeded when there’s a front-runner. … We’re OK with front-runners and being able to compete. But it has to be an open process. Right now, it looks like a closed process, and that’s why I want the league to take a look at the facts. …

“In my heart of hearts, I hope they did it in a way that didn’t outright violate the rule, and it was more the Raiders recognizing Gruden was going to compete. But if there was an understanding that he was coming to Oakland, then I think the league has got to (hit) him pretty hard.”

A Friday request to an NFL spokesman for confirmation was not returned. The Raiders were made aware of Mehri’s comments on Thursday but didn’t respond for comment.

Since the 2003 introduction of the Rooney Rule, the league has punished a team for failed compliance once.

That occurred in 2003 after then-Detroit Lions CEO Matt Millen hired coach Steve Mariucci. The hiring was announced in early February. In July, after a lengthy investigation, the NFL announced a $200,000 fine for Millen. Mehri said commissioner Paul Tagliabue also sent a stern letter to all 32 league owners, stressing the importance of the Rooney Rule and stating that the next violation would draw a $500,000 fine.

The Raiders have a storied history for their hiring practices.