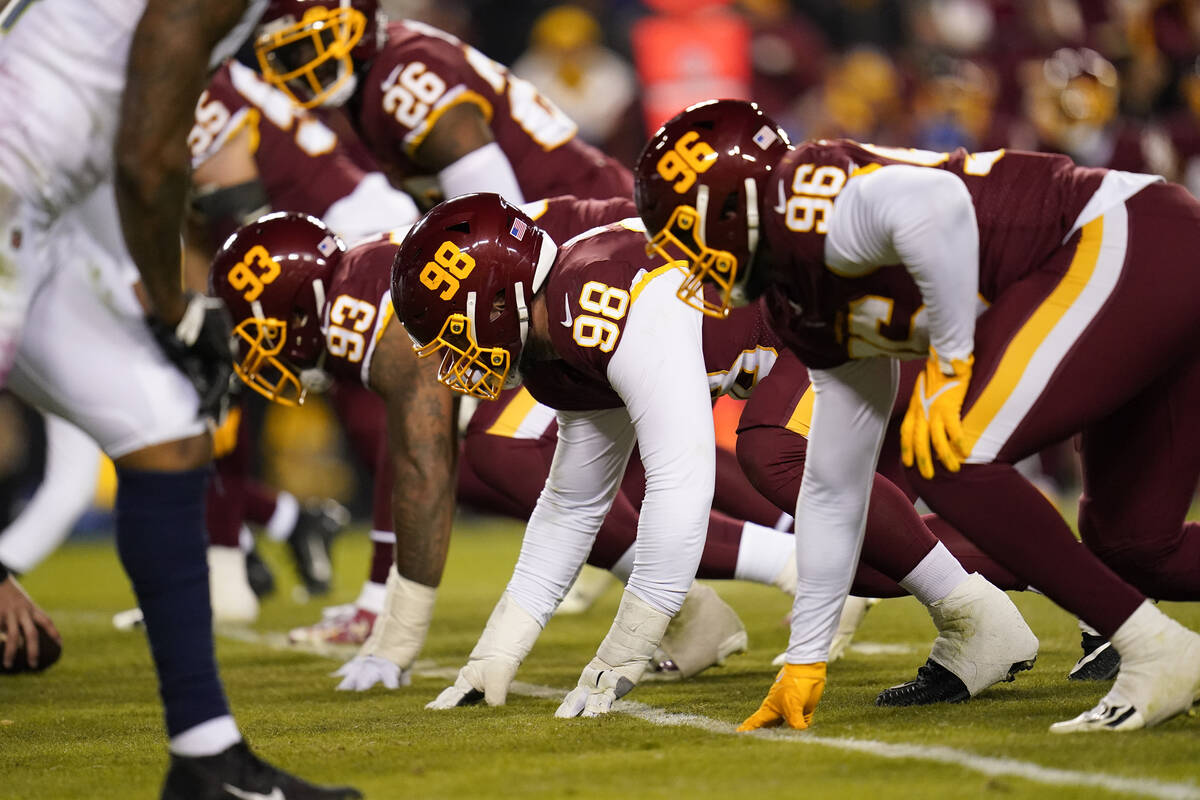 The Raiders are still jockeying for playoff position amid the highs and lows of the 2021 season. So too is the Washington Football Team.

Washington has won three consecutive games to improve to 5-6 and has control of the No. 7 seed in the NFC for the time being. But the Minnesota Vikings, Atlanta Falcons and New Orleans Saints are also 5-6, and the Philadelphia Eagles and Carolina Panthers loom at 5-7 and further complicate the playoff picture.

Sunday’s matchup between Washington and the Raiders is almost like a de facto playoff game for both teams with everything that’s on the line at this point in the season.

Here’s a closer look at Washington ahead of the Sunday matchup.

Quarterback Taylor Heinicke has seized the reigns as Washington’s starter. He is steadying the offense with 2,613 passing yards and 16 touchdowns against 10 interceptions. He can operate in the pocket and extend plays with his mobility.

He has 279 rushing yards and a score this season. The Raiders must be aware of his abilities as a runner.

Third-year speedster Terry McLaurin is Heinicke’s top option on the perimeter. He has a team-high 58 catches for 786 yards and five touchdowns. Second-year running back Antonio Gibson has a team-high 712 rushing yards, albeit on only 3.9 yards per carry.

Washington is relatively balanced offensively, totaling 369 passing plays and 324 runs — several of which are designed passes that Heinicke aborts to gain yards on the ground. They mix a fair amount of play action. Heinicke ranked 11th in play-action pass attempts through Week 11, according to Pro Football Reference.

Top pass rushers Chase Young and Montez Sweat are out with injuries, but Washington remains sound defensively in its zone coverage schemes. During its three-game winning streak, its defense has been on the field for an average of 21:06, the lowest mark in the NFL during that span.

Landon Collins is a safety by trade but is playing more toward the line of scrimmage in a hybrid role. He has 69 tackles and six tackles for loss, serving as one of Washington’s most disruptive players.

Fifth-year defensive tackle Jonathan Allen is a force up front and has a team-high six sacks to go with eight tackles for loss. He anchors a run defense that allows 92.6 yards per game, making it the fourth- best rushing defense in the NFL.

But Washington’s pass defense is vulnerable. Opposing quarterbacks have totaled 26 touchdowns against six interceptions this season while compiling a quarterback rating of 106.4.

Punter Tress Way is among the best in the NFL, averaging 48.6 yards per kick.