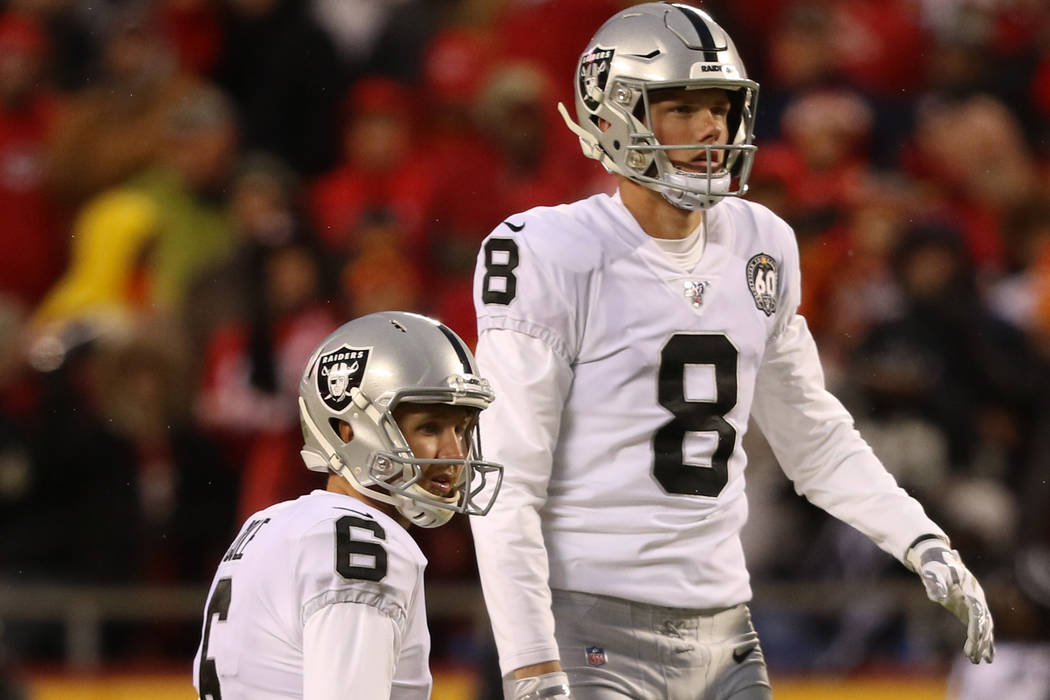 ALAMEDA, Calif. — After starting slow and being waived by the Vikings, Daniel Carlson turned into one of the best kickers in the league for the Raiders last season — setting a franchise record for field goal percentage.

But he’s struggled over the last few weeks, missing five kicks since Week 9 and having another blocked.

“It’s disappointing. I think a couple snaps weren’t perfect yesterday. The conditions weren’t great the last two weeks,” Gruden said. “I’m not making excuses, but we think he’s a great kicker. We think he’s going to work himself out of it and be just fine.”

However, the Raiders did make a change at kick returner on Sunday. Trevor Davis has been handling the duties for most of the season, but fumbled a return in the first quarter. Oakland inserted backup running back Jalen Richard into the role, and he ended the day with three returns for 60 yards.

“We want to look at Jalen. Looking for a spark,” Gruden said. “Looking for somebody to create some field position. And Jalen’s had a history of doing it, making some big plays. So that’ll be an area that we’ll continue to study and try to improve at.”

Davis continued to handle punt-return duties throughout the contest.