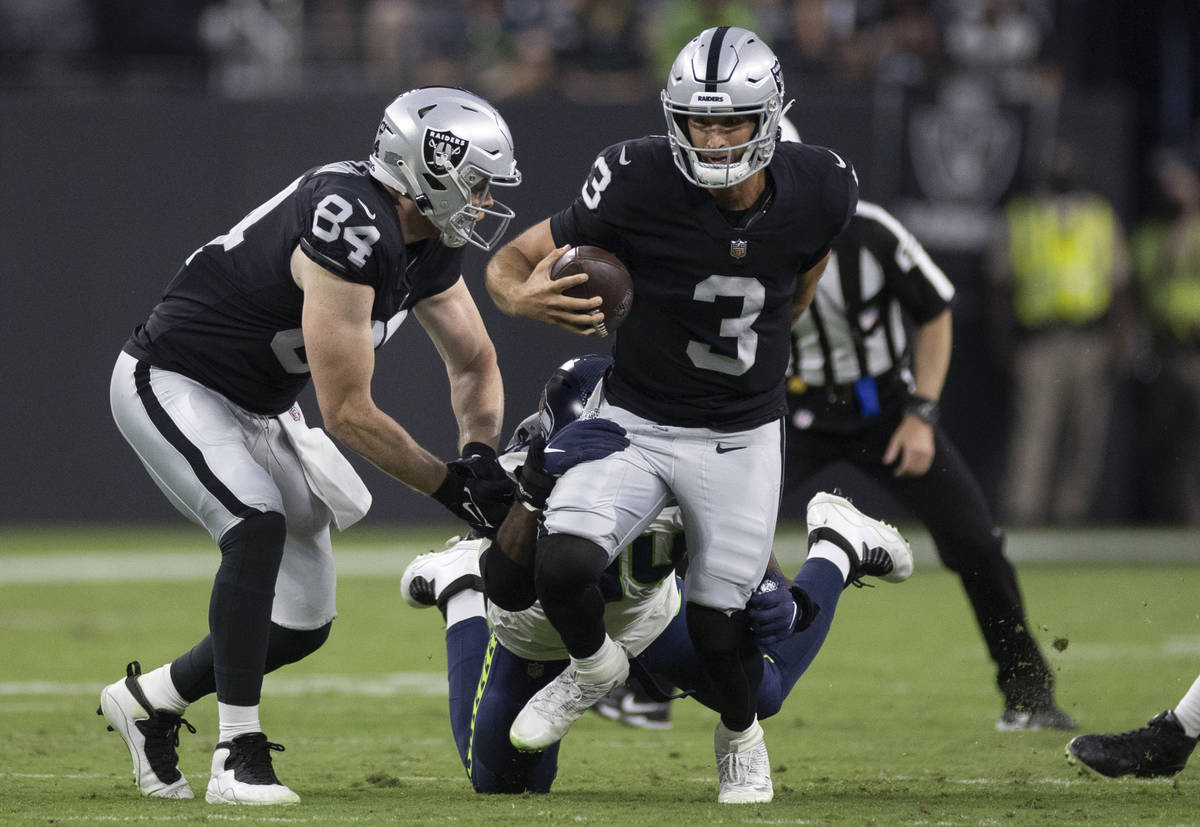 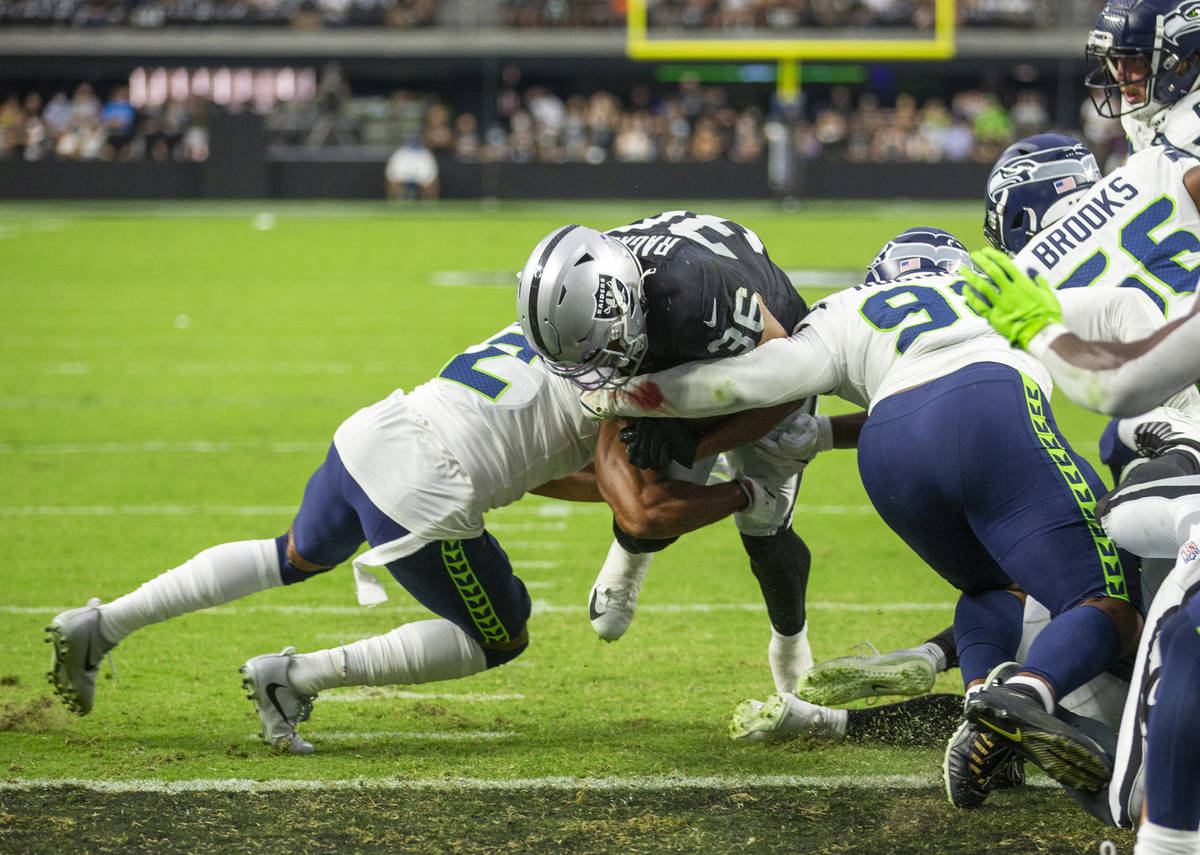 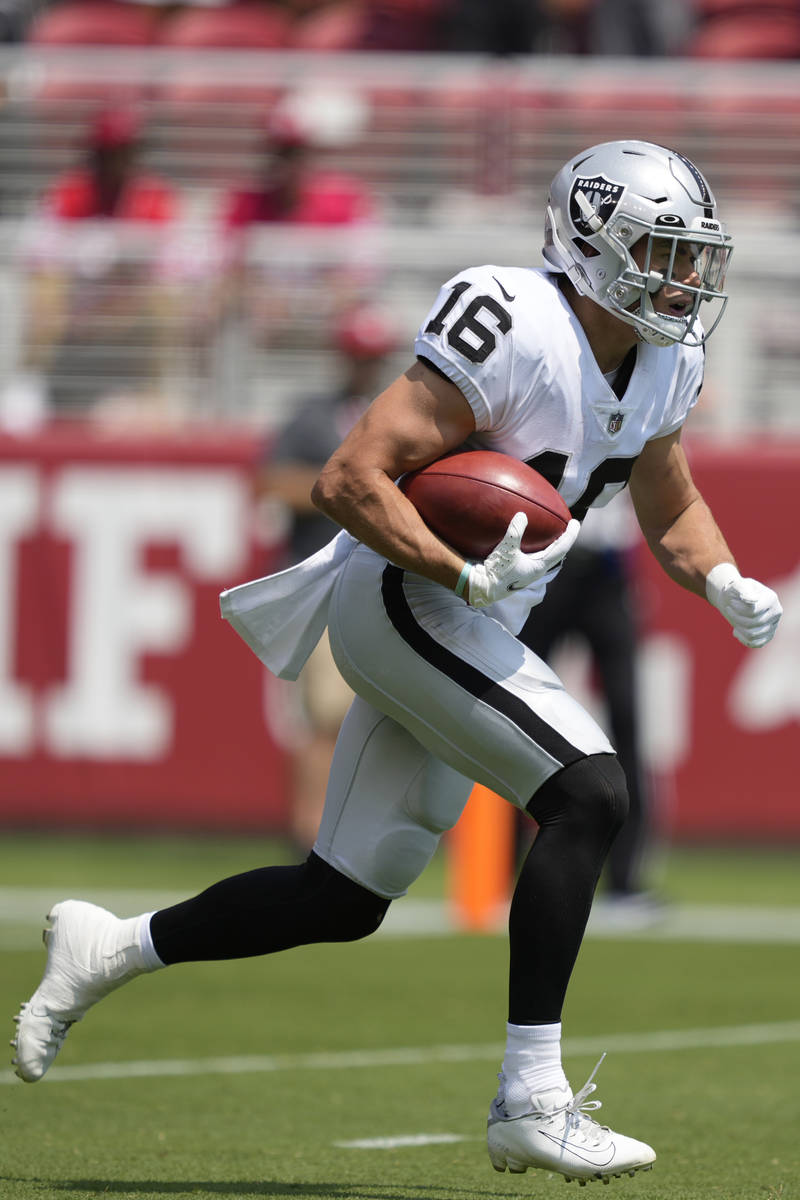 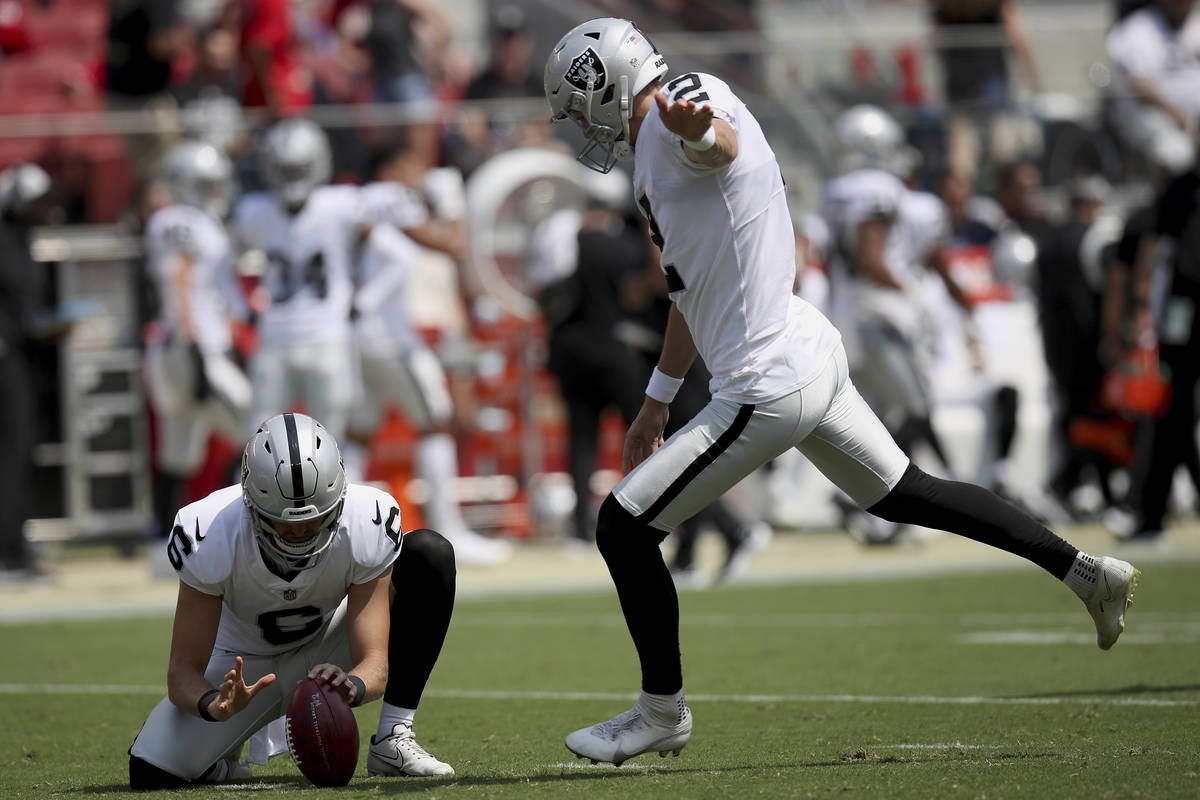 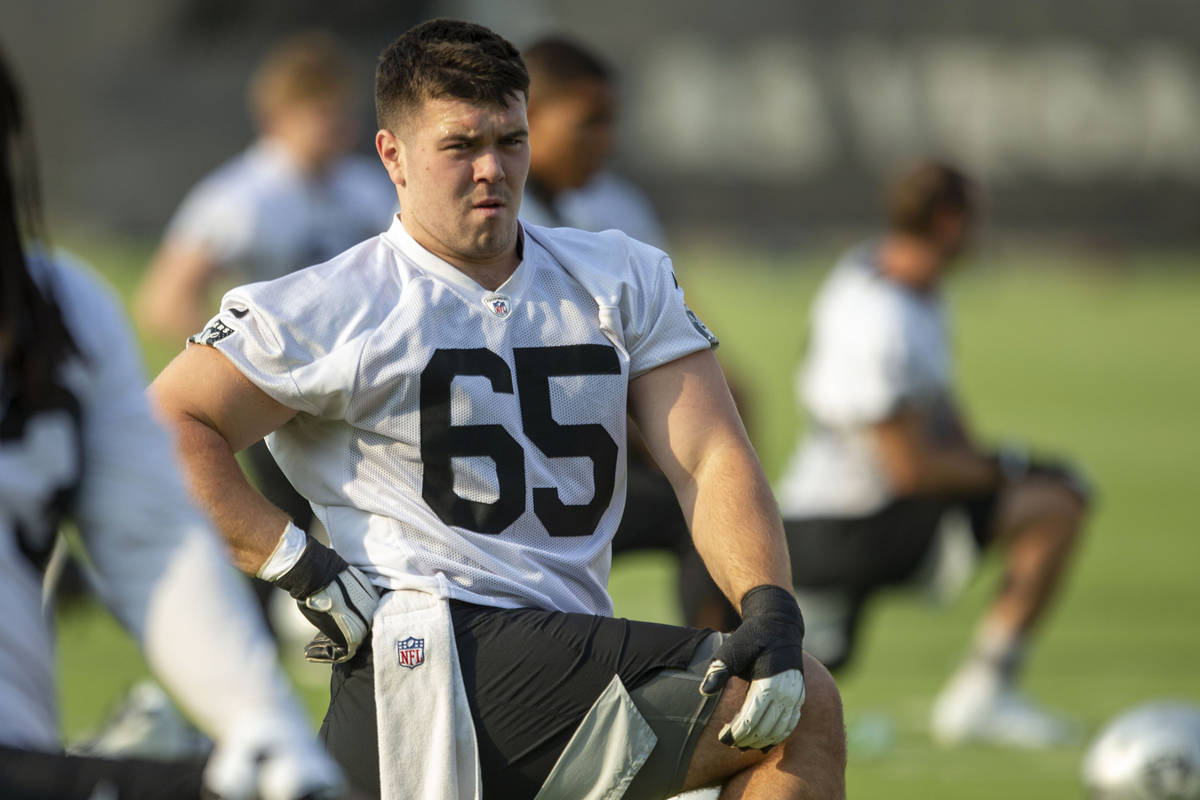 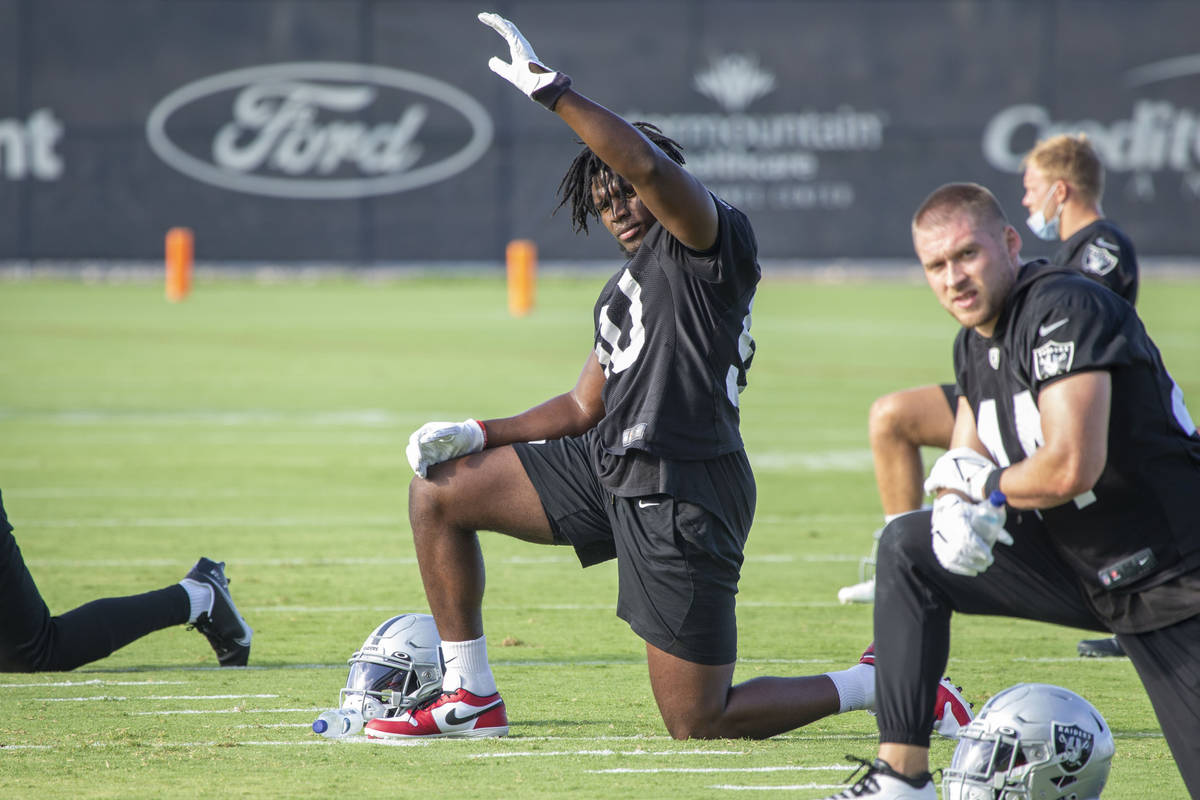 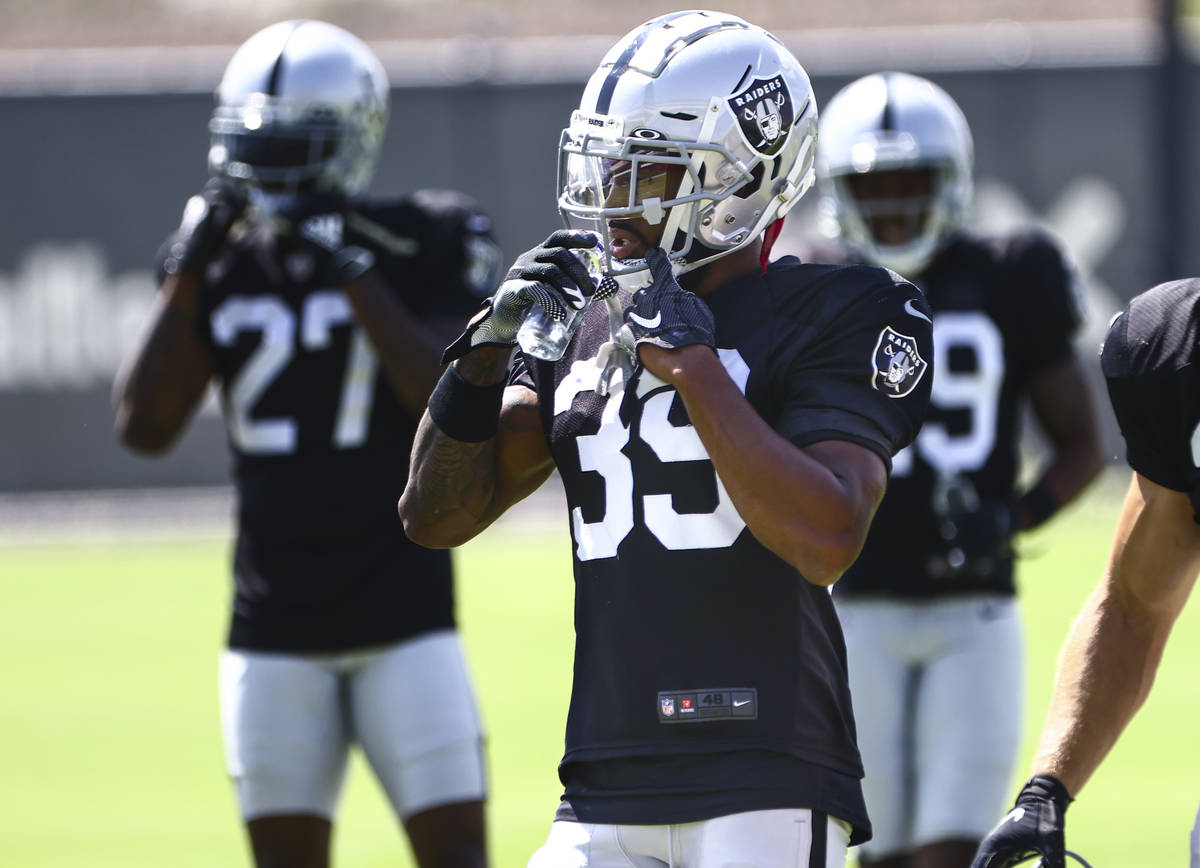 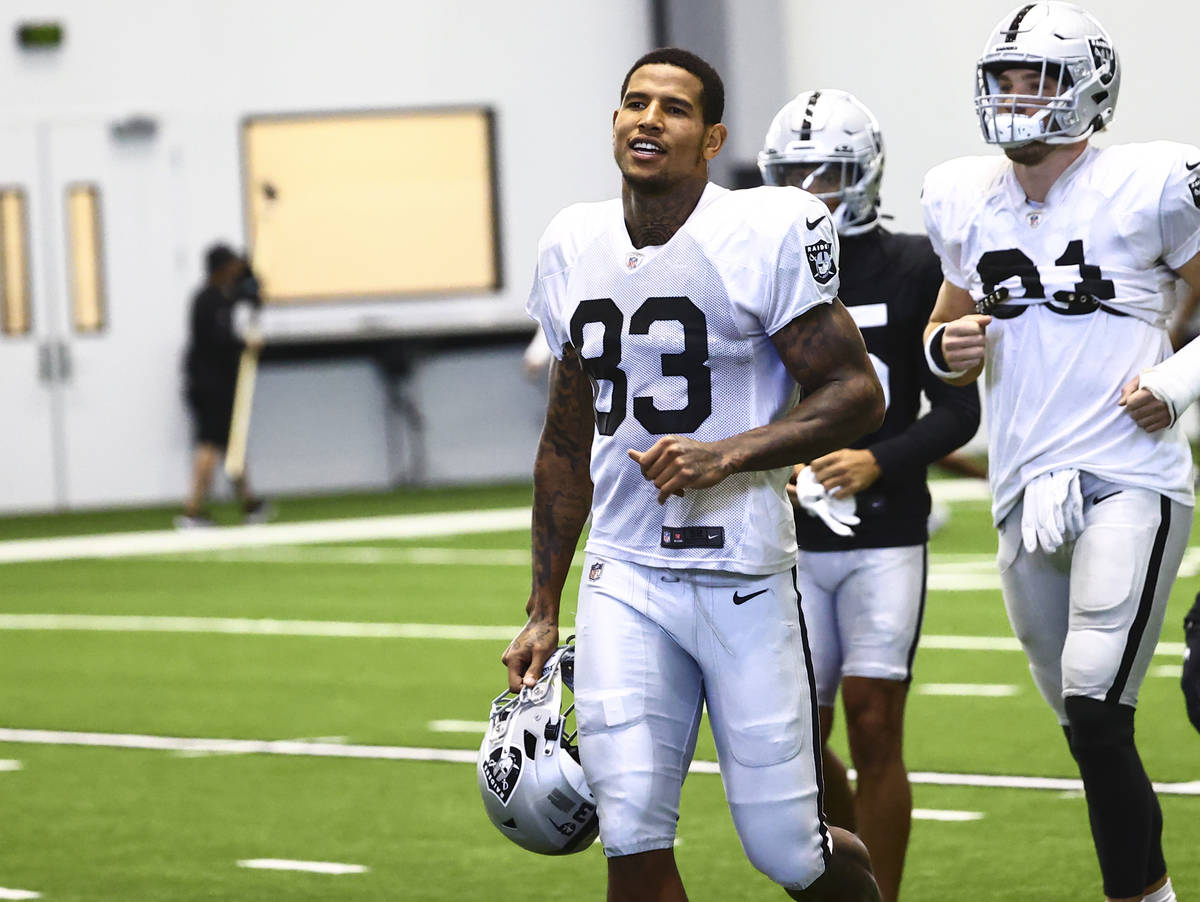 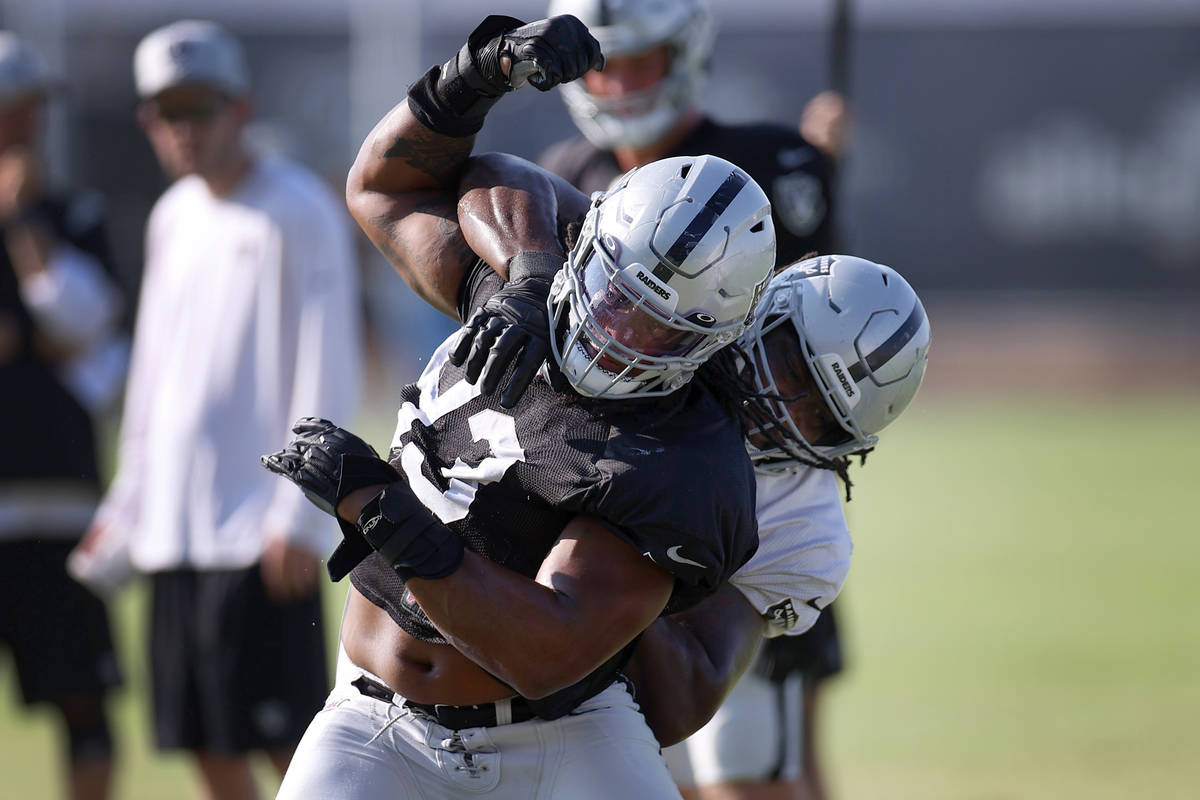 There aren’t many mysteries before the Raiders announce their 53-man roster by 1 p.m. Tuesday.

That doesn’t mean there aren’t a few moving parts.

The biggest questions appear to focus on which players might be placed on injured reserve before that deadline, a decision that would rule them out for the season.

Another option would be to keep those players on the roster for now, then put them on injured reserve after Tuesday. In that case, the player would be able to return after missing a minimum of three games.

Linebacker Nicholas Morrow and running back Jalen Richard are the most prominent names in that group. Neither appears close to returning, but ruling them out for the season would be a major decision.

The team will provide those answers Tuesday. For now, here’s a projection of what the roster will look like.

Analysis: Nate Peterman took all but one snap in the preseason, and coach Jon Gruden clearly trusts him as the third quarterback, but the roster spot might be too valuable to keep him around. While carrying just two quarterbacks would be a surprise, the Raiders most likely would bring Peterman back 24 hours later as long as he goes unclaimed on waivers. One complicating factor could be the health of Mariota. This could be a risky strategy if he’s not 100 percent.

Analysis: Jacobs and Drake form a dynamic duo at the top of the depth chart, and Ingold is as reliable as it gets at fullback. Ragas appears to have beaten out B.J. Emmons based largely on his comfort level in the passing game. Richard heads to injured reserve on our roster.

Analysis: One of the biggest surprises on our roster has Stoner beating out veteran John Brown. It wasn’t a good sign for Brown that he played so many snaps Sunday against the 49ers. It was even worse that he didn’t do much with the opportunity.

Analysis: A solid group returns. The three have been set since before training camp, though several other tight ends looked good in practice. Matt Bushman and Nick Bowers have made a pretty good case, but there might not be room for a fourth tight end.

Analysis: The team could have an interesting decision at the bottom of the depth chart. Morrissey was impressive in the preseason and might not clear waivers if the Raiders try to slip him through. Patrick Omameh could take that last spot, as could Lester Cotton Sr. or Jaryd Jones-Smith. All three had positive moments in training camp.

Analysis: This is a deep and talented group with a mixture of experience and youth. Defensive coordinator Gus Bradley is armed with more athletes capable of generating pressure, and he has spoken extensively about keeping pass-rushers fresh. This group allows him to do that. Kendal Vickers could play the role of spoiler.

Analysis: Expect Morrow to head directly to short-term injured reserve, but he has to be on the original 53-man roster to return this season. Former UNLV standout Javin White might head to long-term injured reserve. This might be the position group to watch most closely Tuesday and beyond.

Analysis: No real surprises. The Raiders appear set on their two-deep at all three cornerback spots and both safety positions. Hobbs left no doubt about his status with a phenomenal camp. Nevin Lawson doesn’t count against the number because he will start the season suspended.

Analysis: All three return after the Raiders took a big step forward on special teams. Cole and Carlson survived brief camp challenges to retain their jobs.