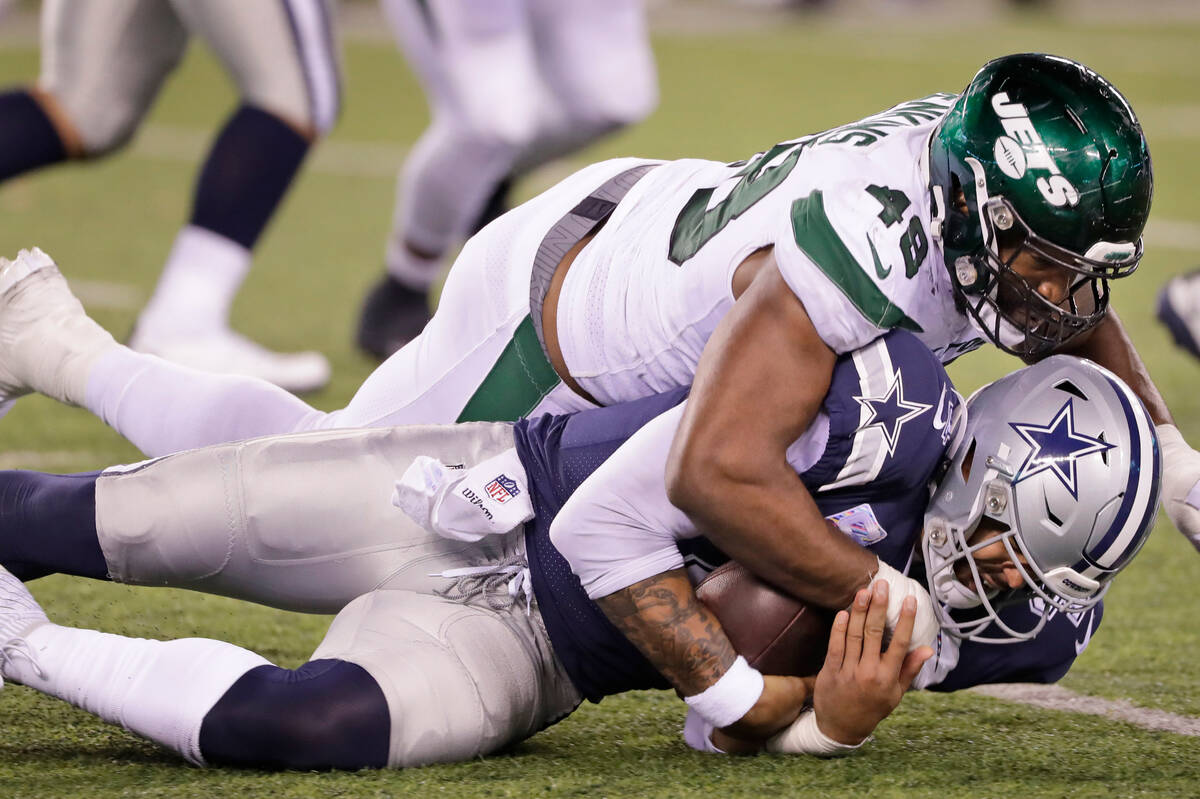 The Raiders signed veteran pass rusher Jordan Jenkins on Wednesday, lifting their roster back to 85 players.

Jenkins has played six NFL seasons, including five with the New York Jets and one with the Houston Texans, and has 25 sacks.

Jenkins had a career-high eight sacks with the Jets in 2019.

A former third-round pick by the Jets out of Georgia, Jenkins can play defensive end and outside linebacker.

Jenkins, 28, can add quality depth behind Maxx Crosby and Chandler Jones, and will vie for playing time alongside Tashawn Bower and Malcolm Koonce.