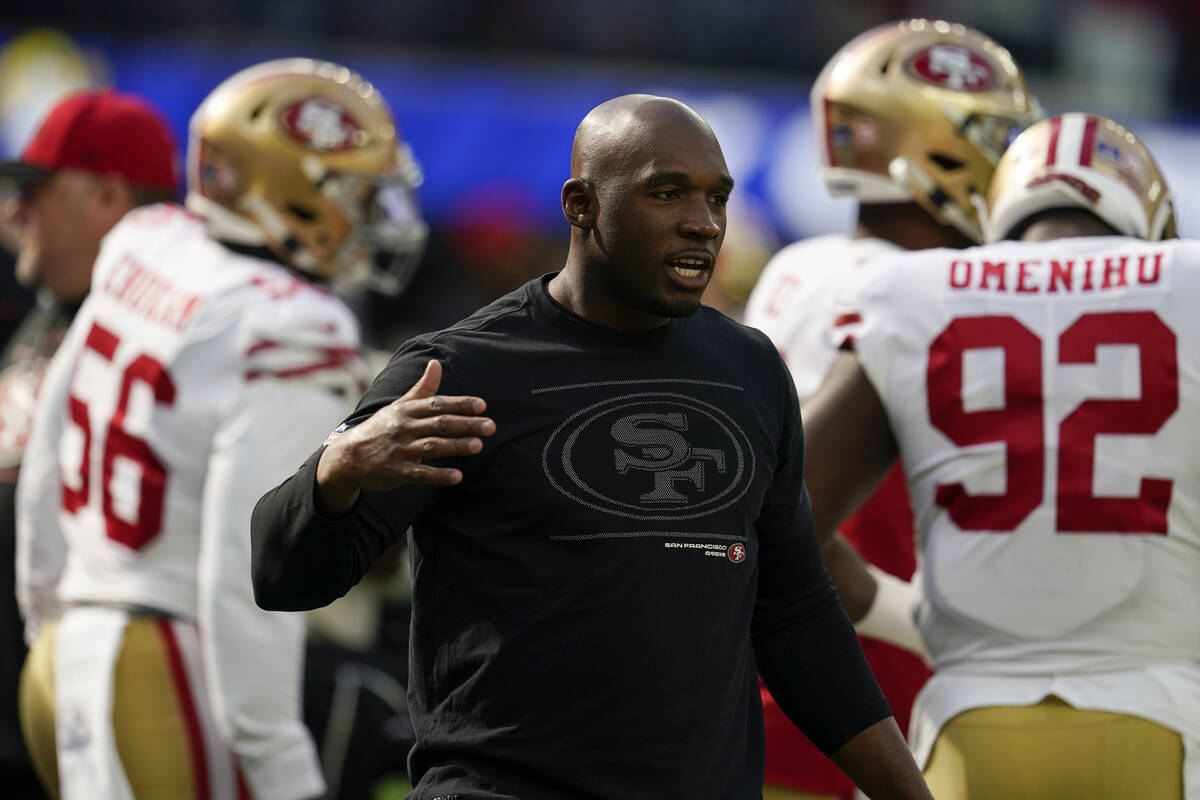 As the Raiders go about the process of hiring a general manager, they also are moving forward on their search for a permanent coach.

A new name popped onto the radar with reports Saturday indicating the Raiders are interested in talking to San Francisco 49ers defensive coordinator DeMeco Ryans.

The 49ers surrendered the ninth-fewest points per game during the regular season at 21.5, and the 310 yards they allowed per game were the third-fewest.

An All-America linebacker at Alabama, Ryans was a second-round pick of Houston in 2006 and played 10 seasons in the NFL with the Texans and Philadelphia Eagles.

Ryans began his coaching career in 2017 as a defensive quality control coach with the 49ers before being promoted to inside linebackers coach in 2018, where he remained through the 2020 season. Ryans succeeded Robert Saleh in 2021 as the 49ers’ defensive coordinator after Saleh left to become the coach of the New York Jets.

The seamless transition from Saleh to Ryans planted Ryans, 37, firmly on the NFL head coaching radar, and Ryans also is expected to talk with the Minnesota Vikings about their vacancy.

The 49ers upset the Dallas Cowboys in the first round of the playoffs and will play at the Green Bay Packers on Saturday.

Interim coach Rich Bisaccia interviewed for the Raiders’ job this week, and they also have been linked to Patriots inside linebacker coach Jared Mayo and offensive coordinator Josh McDaniels, both of whom have worked with New England player personnel director Dave Ziegler, who interviewed with the Raiders for their general manager position Friday.

The Raiders also reportedly formally asked permission from the Indianapolis Colts on Saturday to talk with assistant general manager Ed Dodds. The highly respected Dodds began his front-office career as an intern in the Raiders’ player personnel department working under Al Davis. His three-year tenure with the club overlapped with Jim Harbaugh’s time as the Raiders’ quarterbacks coach from 2002 to 2003.