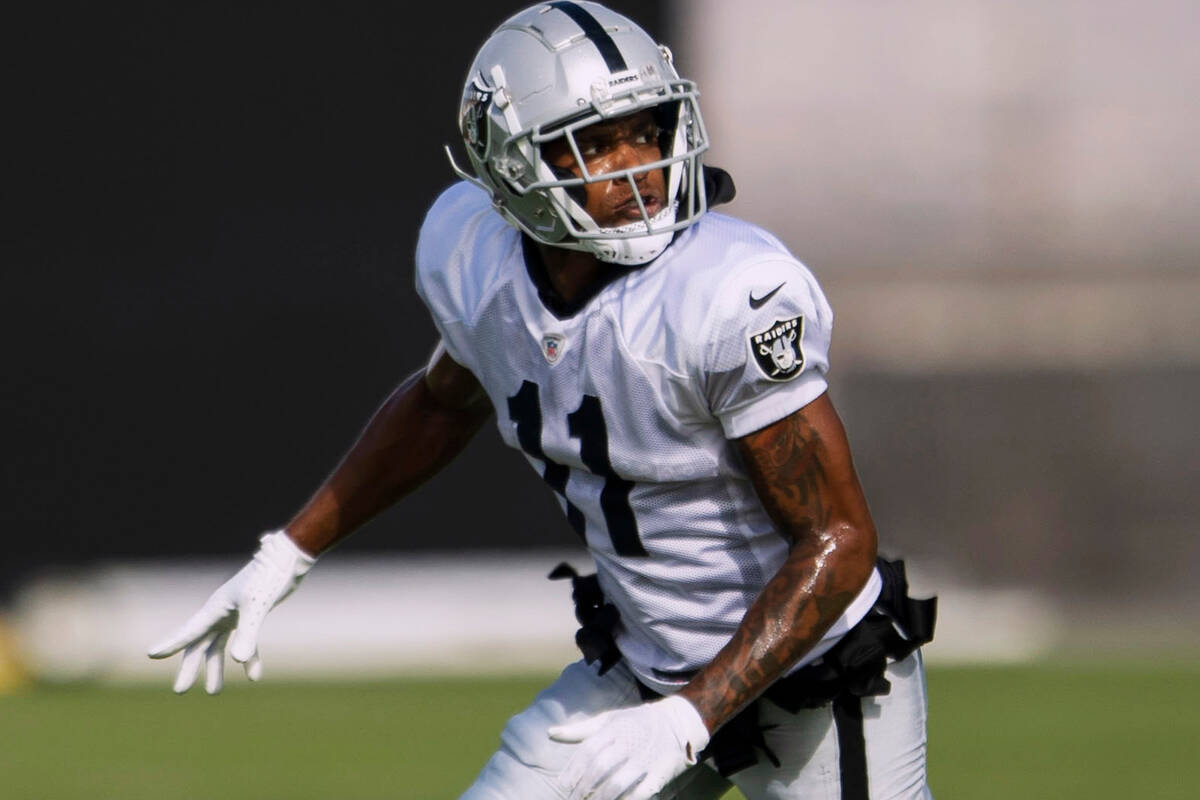 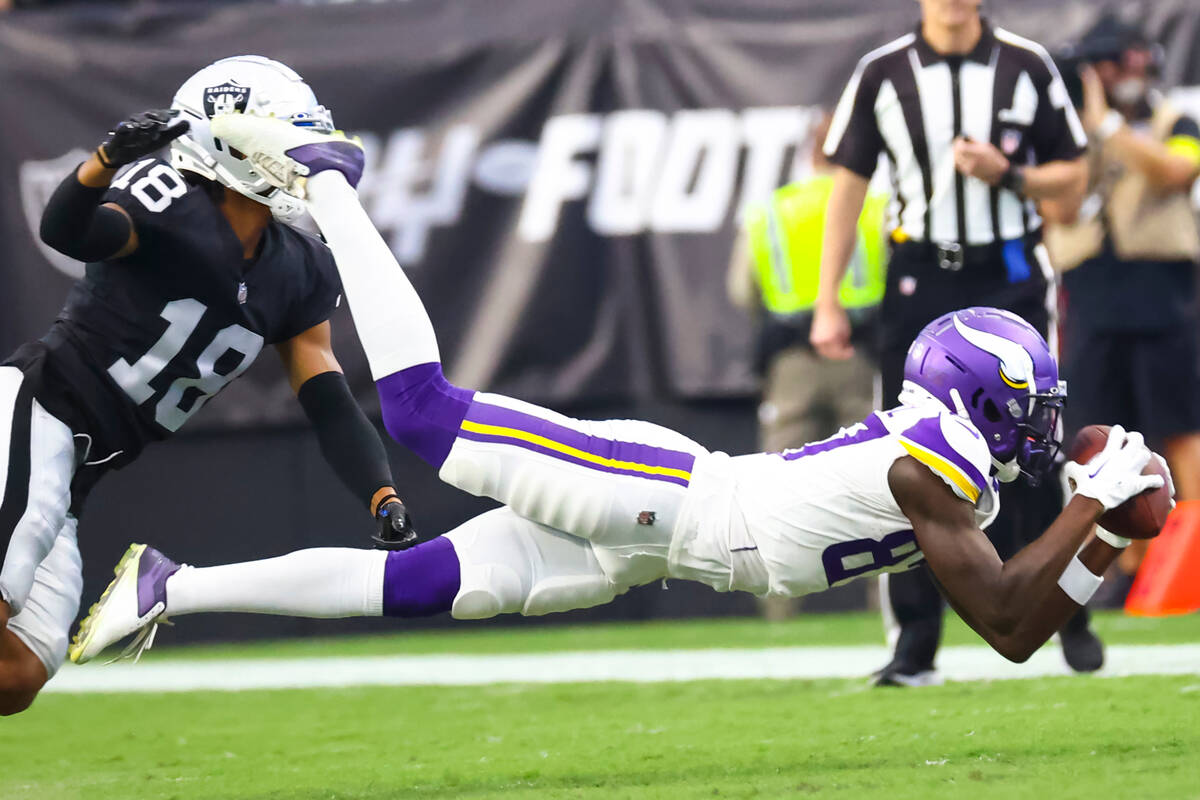 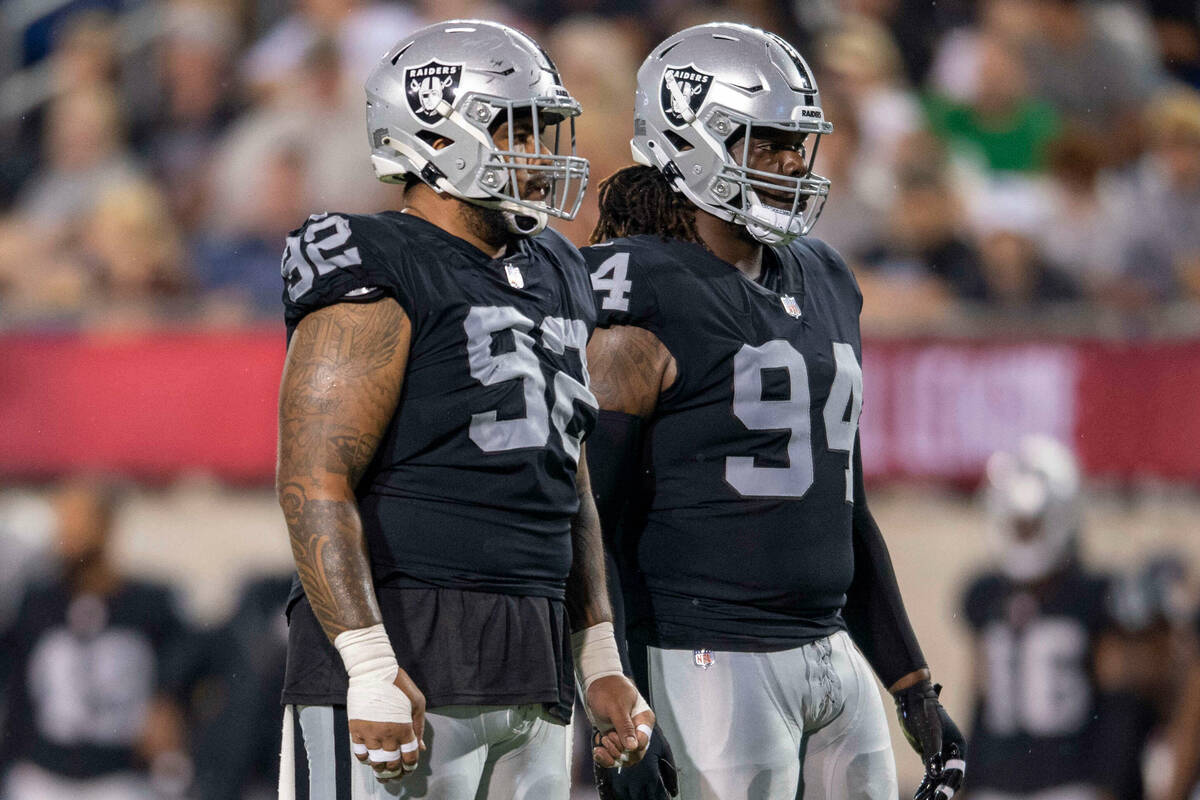 The Raiders on Tuesday reduced their roster to the required 85 players. Among the cuts was the surprise release of wide receiver Demarcus Robinson.

The six-year veteran, who had played his entire career with the Chiefs, was considered a key pickup during the offseason. But the depth at that position and the numbers game it created seem to have caught up with Robinson. Specifically the emergence of Tyron Johnson and DJ Turner, both of whom have played well in camp and the preseason. In addition, the Raiders added All-Pro wide receiver Davante Adams

Butler was signed during the offseason to compete for time in the interior of the Raiders’ defensive line. But his season never got off the ground as he was put on the Non-Football Injury list at the outset of training camp and was unable to make up the necessary ground to state a strong case for a roster spot.

The Raiders remain thin on the interior of the defensive line, with defensive tackles Bilal Nichols and Johnathan Hankins still on the Physically Unable to Perform list. The club hopes to get both back prior to the Aug. 23 deadline that determines a player’s regular-season eligibility.

Players who were put on the PUP list prior to training camp — Hankins, Nichols and cornerback Trayvon Mullen are in that category — are transferred to the reserve/PUP list if they aren’t medically cleared by the designated deadline, at which point they are lost for at least the first four weeks of the season.

The Raiders hope to avoid that scenario in all cases. But with time left before that deadline, they will be cautious in how they proceed.

“I don’t want to put a time frame on that because as soon as they’re ready, we will be ready to go,” Raiders coach Josh McDaniels said. “Again, those things are, sometimes you feel good one day and not as good the next and all the rest of it. So, once we feel confident that we’re headed in the right direction and we’re not going to take a misstep, then we’ll make the right decision at that time.”

A crowded roster at cornerback created an uphill climb for Brooks, and with another phase of cuts coming in two weeks to trim the roster to 53, difficult decisions remain at that position. That will especially be the case once injured veterans Anthony Averett, Rock Ya-Sin and Mullen return to practice.

In the meantime — and this goes for various positions — young players are getting a chance to get important reps in practice and preseason games.

That will continue over the weekend in Miami when the Raiders play the Dolphins.

“Like we’ve said all along, there’s competition at every spot,” McDaniels said. “That’s what this is all about. You make the most of your chances, and when other people go in there they have to make the most of their opportunities as well.”