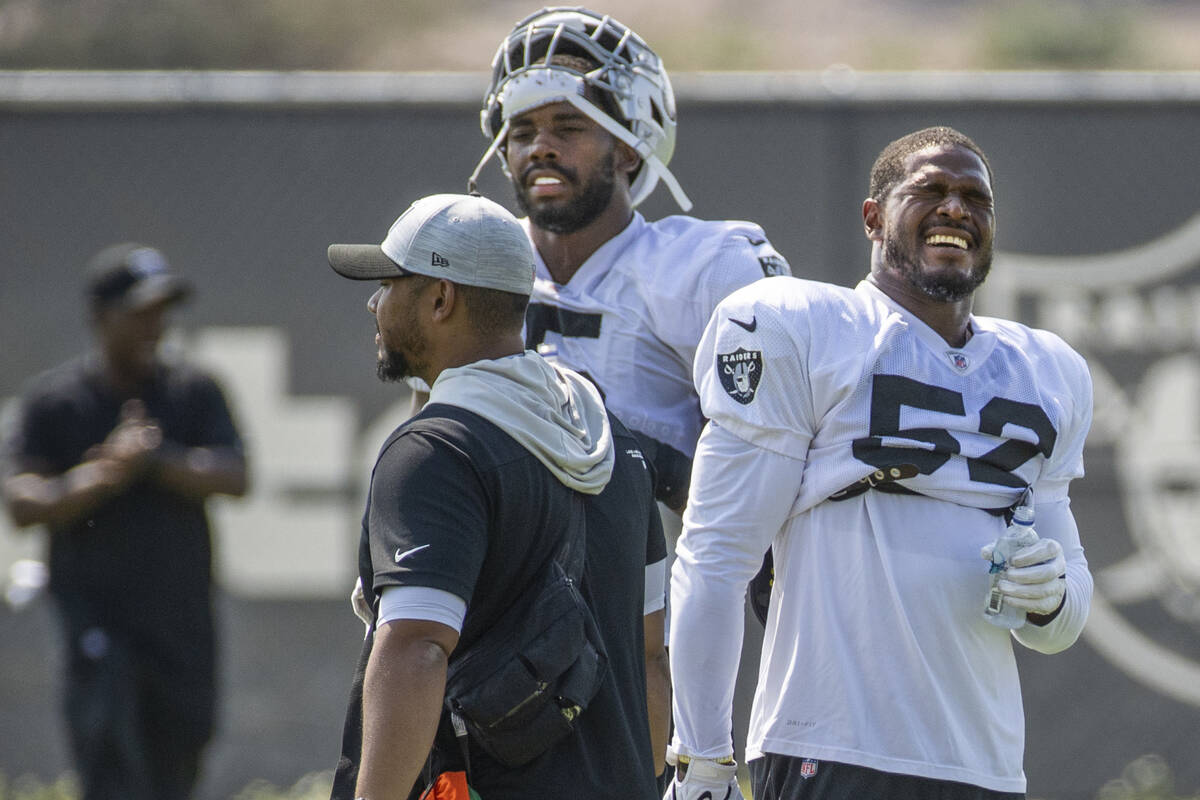 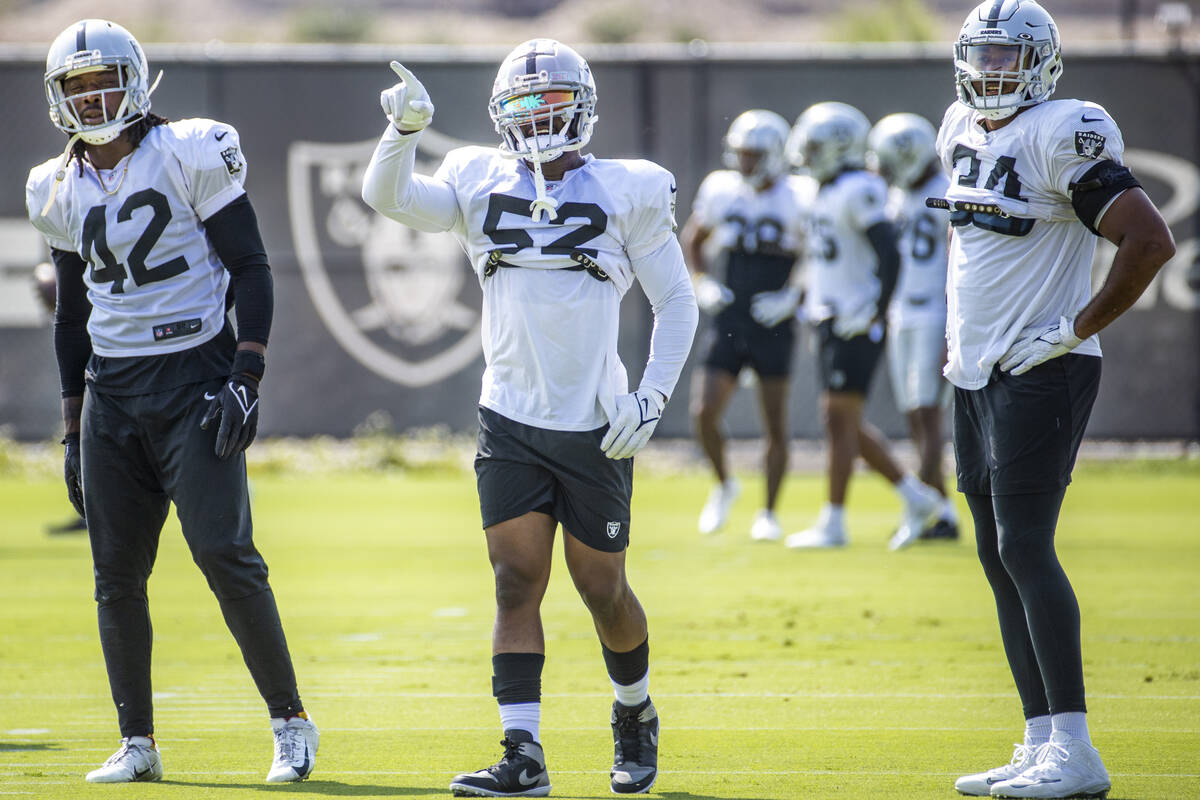 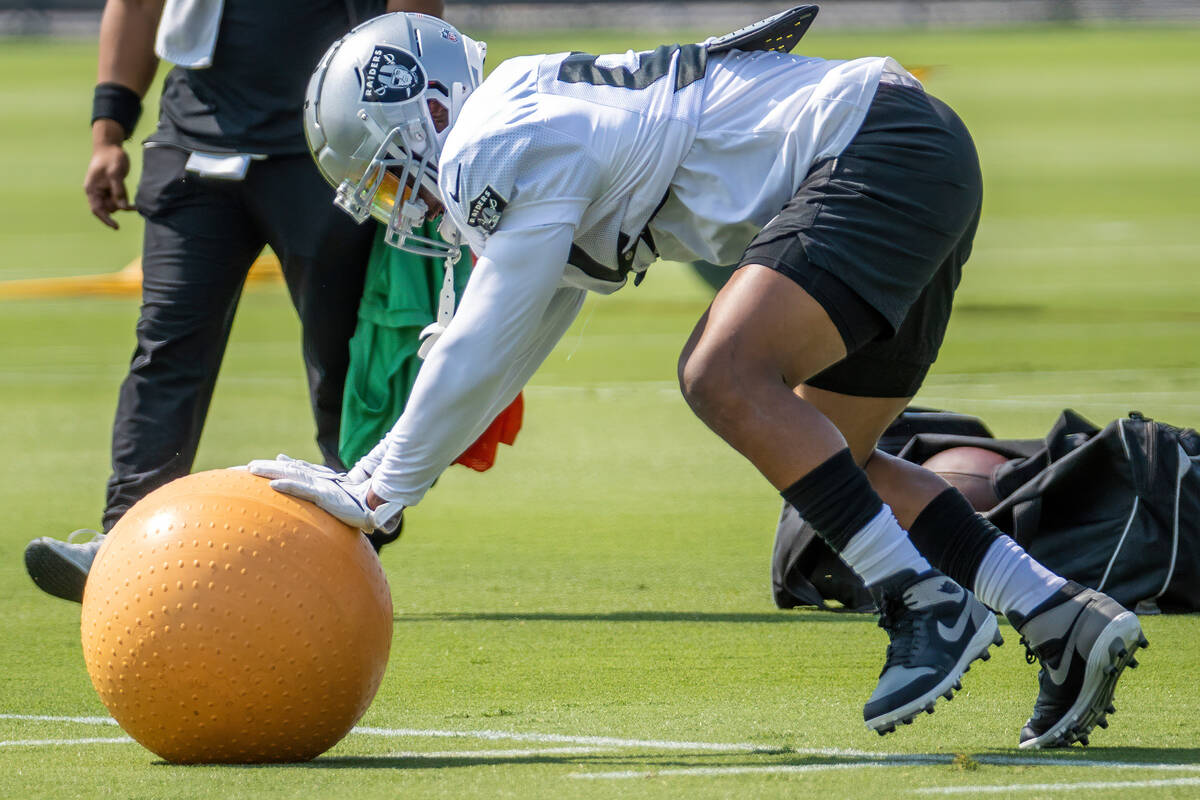 When it got right down to it, Denzel Perryman no longer wanted to be on the outside looking in on his own team. All personal thoughts and beliefs aside, he just wanted to be all in with the Raiders.

Hence, his decision to finally get vaccinated for COVID-19 shortly after arriving in Las Vegas from Charlotte after the Raiders traded for the veteran linebacker at the end of training camp.

Tired of dealing with the restrictions that the NFL and the NFL Players Association created for non-vaccinated players, most of which limit interaction with teammates and severely curtail travel flexibility, and worried about the possibility of being unavailable to his team at some point, Perryman set aside whatever hesitations he had and got the shot.

He insists his decision to hold off throughout training camp with the Panthers was not about taking a stance against the vaccination. And the decision to move ahead with it wasn’t the result of some great awakening.

He just wanted to be able to move unrestricted with his teammates at the Raiders’ facility and not be restricted in any way during his off time.

“When you’re not vaccinated, there’s a lot of things you can’t do,” Perryman said on Thursday. “You have to come back here on an off day to test. On a bye week, I’d have to be here every day and test and not go somewhere when I want to go out. It’s those little things like that that play a role. And I’m for sure not trying to miss no games.”

As far as any side effects, Perryman said he didn’t experience anything out of the ordinary.

On the field, Perryman has been nothing short of a revelation for a revitalized Raiders defense that is showing signs it is finally capable of being an asset after years of being a liability.

In spite of joining the team in late August, Perryman has made a seamless transition as the starting middle linebacker and leads the Raiders in tackles with 22.

His knowledge of Gus Bradley’s defense after playing under him for the Chargers the last four years gives him a great command of his individual responsibilities and has created a sort of coach-on-the-field component.

“Them bringing me in, and just talking with the coaches, they expect me to be a leader,” Perryman said. “Me personally, I just feel like I come in and do my job. Lead by example. Lead by my play. And when I have to say something, I feel like guys listen. But that’s just me.”

The Raiders’ staff is highly appreciative.

“Getting a guy like Perryman is huge for us,” said Raiders coach Jon Gruden after Perryman came up with 12 tackles on Sunday against the Steelers. “He’s a helluva player.”

In that respect, Perryman joins fellow Bradley pupils — and Raiders’ newcomers — in linebacker K.J. Wright, defensive end Yannick Ngakoue and cornerback Casey Hayward as playmakers and teachers at all three levels of the defense.

It helps that the new man in the middle plays and acts the part of a defensive anchor.

“He’s got a presence about him,” Bradley said. “When he’s in the huddle, they feel him. He’s very explosive. He’s kind of a big hitter, good tackler. So he understands things and really believes in it too. So that always helps.”

Nevertheless, even Perryman is a bit surprised how fast it’s all come together for the Raiders’ defense.

“I remember my first time getting into this defense and this system and it took me a while to grasp,” Perryman said. “But I guess just having guys on the team with experience, with the coaches explaining the defense, it’s not surprising but it is surprising, if that makes sense.”