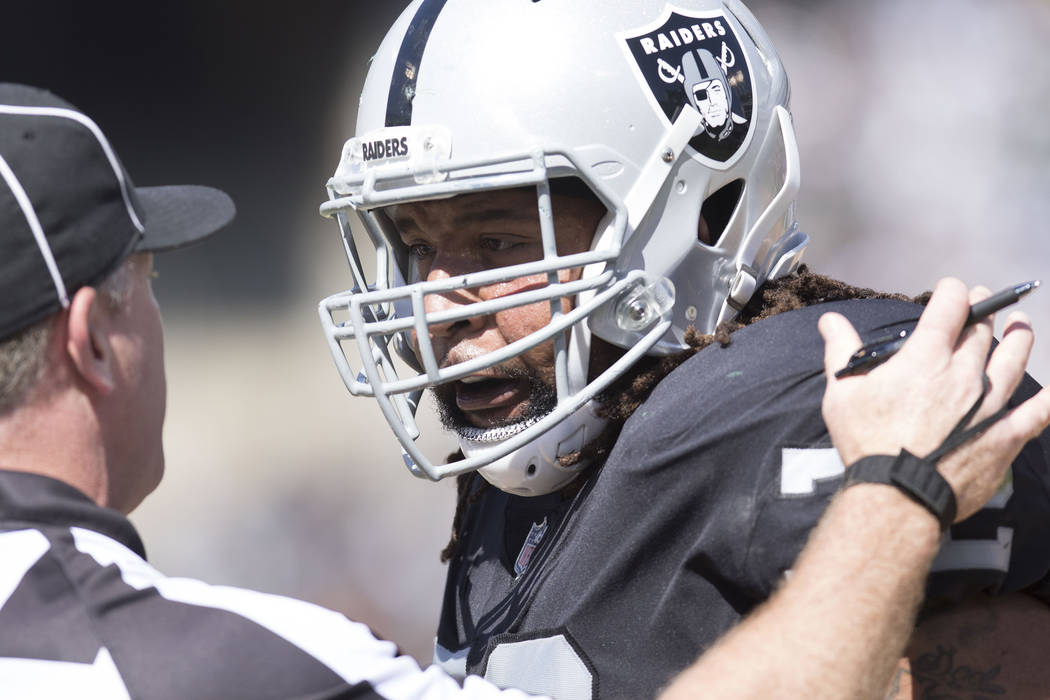 Oakland Raiders offensive tackle Donald Penn (72) with a referee during in the first half of their game against the New York Jets in Oakland, Calif., Sunday, Sept. 17, 2017. Heidi Fang Las Vegas Review-Journal @HeidiFang 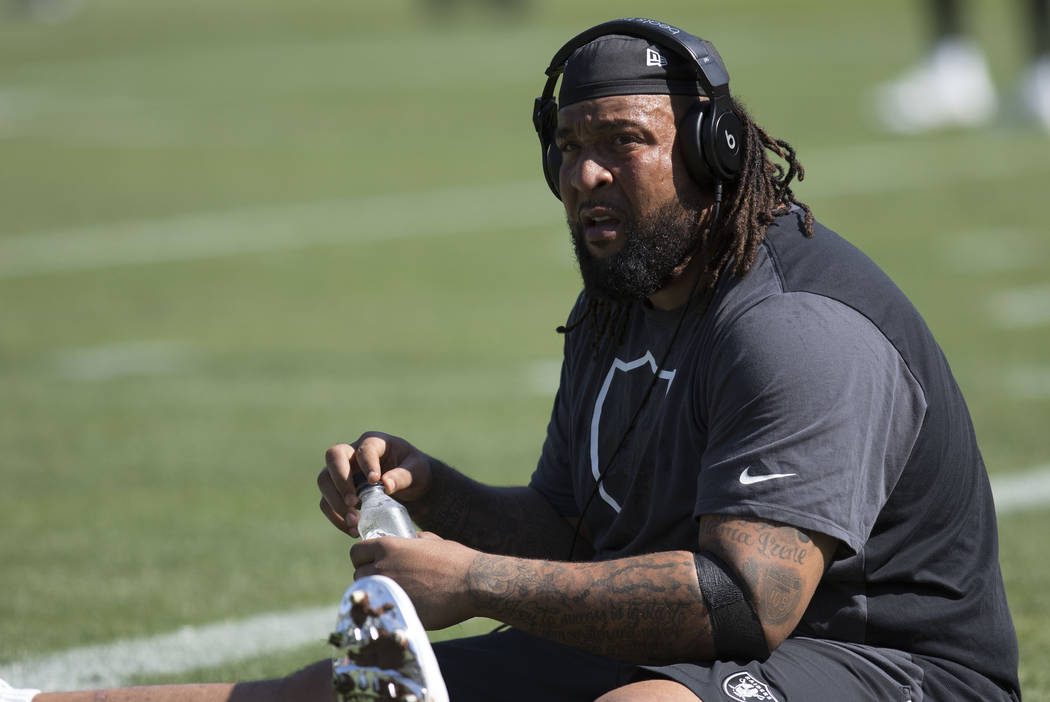 Oakland Raiders offensive tackle Donald Penn (72) stretches on the field prior to the start of their game against the New York Jets in Oakland, Calif., Sunday, Sept. 17, 2017. Heidi Fang Las Vegas Review-Journal @HeidiFang

The veteran left tackle has agreed to a restructured contract, a person familiar with the terms of the deal said Monday evening. The Raiders sought a pay cut, given the 35-year-old is coming off December foot surgery and has yet to practice in training camp. Penn will receive more guaranteed money over the final two years in exchange for accepting new, team-friendly parameters.

Penn previously was scheduled to earn a $6 million salary in 2018 with another $2.35 million in potential bonuses and incentives. Of that $6 million, half was fully guaranteed. It is expected that a salary reduction was at the core of this renegotiation.

Penn, a three-time Pro Bowler, continues to recover from a Lisfranc fracture he suffered on Dec. 17 against the Dallas Cowboys.

He remains on the club’s Physically Unable to Perform list.

With Monday’s move, Penn is all but guaranteed a starting job this season if he can return healthy. It appears likely that Penn will start on one side with first-round pick Kolton Miller on the other. Miller has worked exclusively at left tackle since the Raiders drafted him with the No. 15 overall selection.