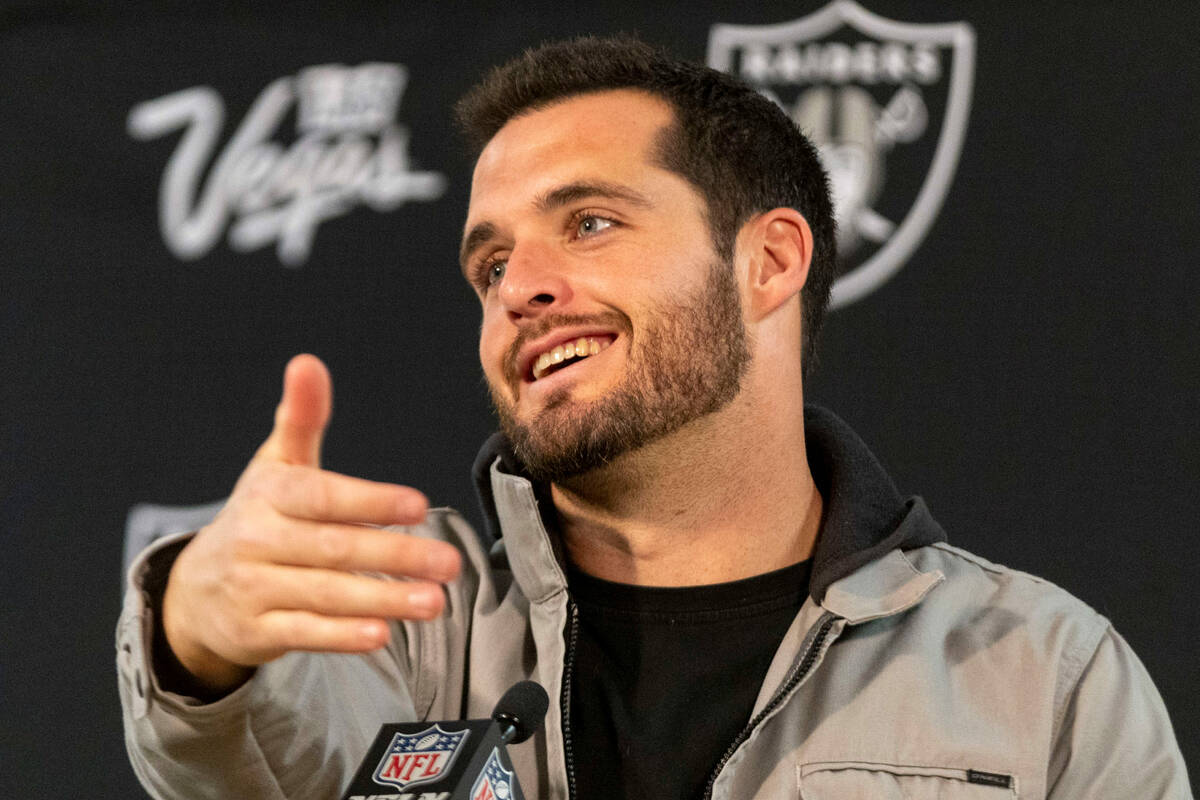 Raiders quarterback Derek Carr gestures during a news conference after taking a 22-16 win in overtime over the Denver Broncos at Empower Field at Mile High Stadium on Sunday, Nov. 20, 2022, in Denver. (Heidi Fang/Las Vegas Review-Journal) @HeidiFang 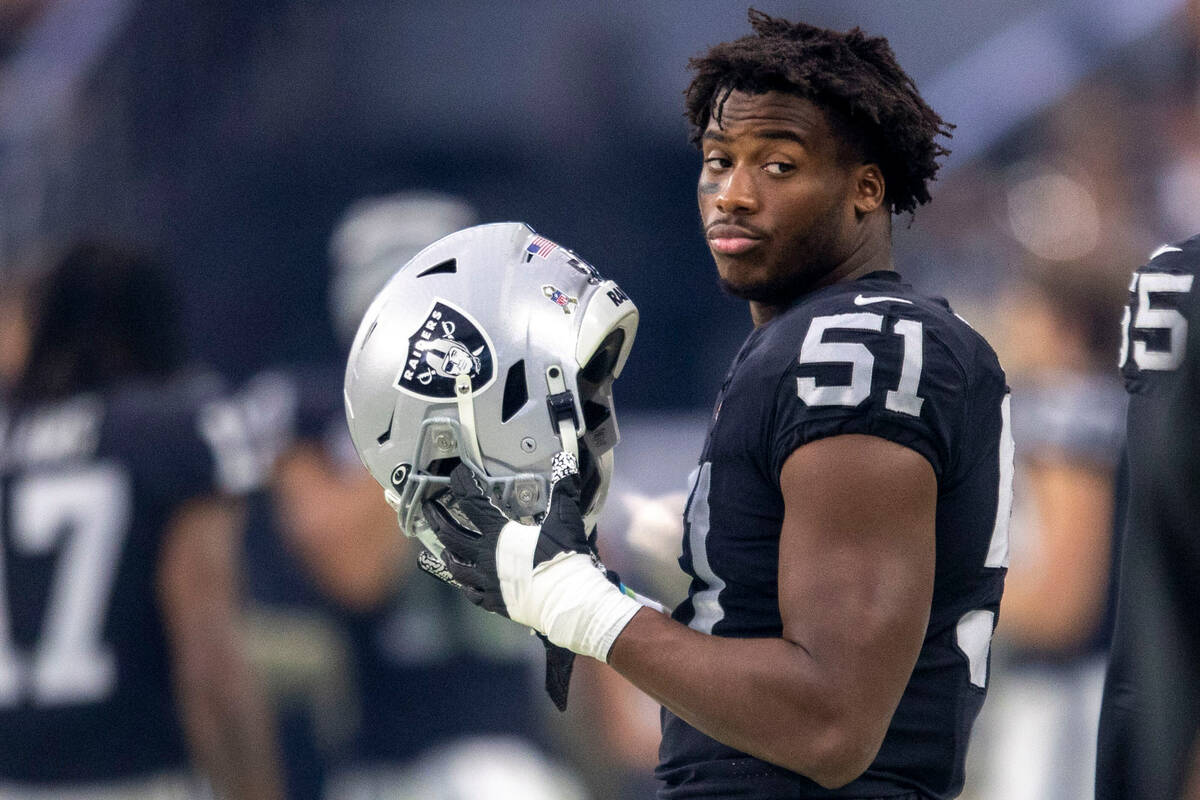 Raiders defensive end Malcolm Koonce (51) prepares to take the field at the start of the second half of an NFL game against the Indianapolis Colts at Allegiant Stadium on Sunday, Nov. 13, 2022, in Las Vegas. (Heidi Fang/Las Vegas Review-Journal) @HeidiFang

The Raiders snapped a three-game losing streak with a win over the Broncos last Sunday, and it pumped enthusiasm into their fan base.

Still, fans have plenty of questions. They range from quarterback Derek Carr’s long-range future with the Raiders, to whether it’s best to win as many games as possible or play for a better draft pick, and whether the players have confidence in Josh McDaniels.

Here is a sampling of what showed up in this week’s mailbag:

Jarin Vallinas (@jarin_vallinas): Does the locker room and staff believe Derek Carr is the guy or are we seeing someone new in the Silver and Black?

VINCENT BONSIGNORE: All options are on the table, but the sense has always been that if a good team is built around Carr, he is capable of getting that team to the playoffs.

So, yes, there is confidence in the Raiders’ veteran quarterback, and when examining some of the quarterbacks who have recently gotten teams to the Super Bowl — Jared Goff, Jimmy Garoppolo, Matthew Stafford — there is a feeling that Carr is as good as those guys.

VB: The Raiders have shown no hesitation to get players on the field, be it from the 53-man roster or the practice squad. And they are adamant that playing time is the result of what happens during the week on the practice field and classroom. For whatever reason, Koonce hasn’t shown enough in that regard to get more playing time.

Steve G. (@GladsonSteven): What is the feeling/trust the players have with Josh McDaniels, his staff and the direction/schemes on offense and defense?

VB: High. Of more concern is the Raiders’ ability to make key plays in critical segments of games. Their inability to command those moments has been more problematic than anything they are doing schematically.

DEATH STAR SOURCES (@3DeathSources): Will Derek Carr, Davante Adams, Hunter Renfrow, Darren Waller and Josh Jacobs be back next year? Any insight on any scenarios of trades?

VB: Jacobs is on pace to be a free agent at the end of this season, so his return is predicated on he and the Raiders agreeing on the financials. The sense is both would love to find the type of common ground that keeps Jacobs in Las Vegas for the foreseeable future. As far as the others, it feels more likely the Raiders will try to improve around that core rather than break it up.

VB: As long as you are mathematically alive, you owe it to everyone who shows up to work every day to prepare and play for the ultimate goal. The alternative is, frankly, a loser mentality that sends the worst message.

Da Bourbon Commando (@TheMarkStorm): So hypothetical. Say the Raiders get a high draft pick and choose a quarterback. In your opinion do you think Derek Carr would be cool with mentoring him?

VB: Knowing Carr, he would handle the situation with class and professionalism. Part of which is attacking every day with the intention of making sure that young quarterback has to fight like he’s never fought before to take the starting job from him. Doing so would push that player in the best way and do him the best service at this stage of his career.