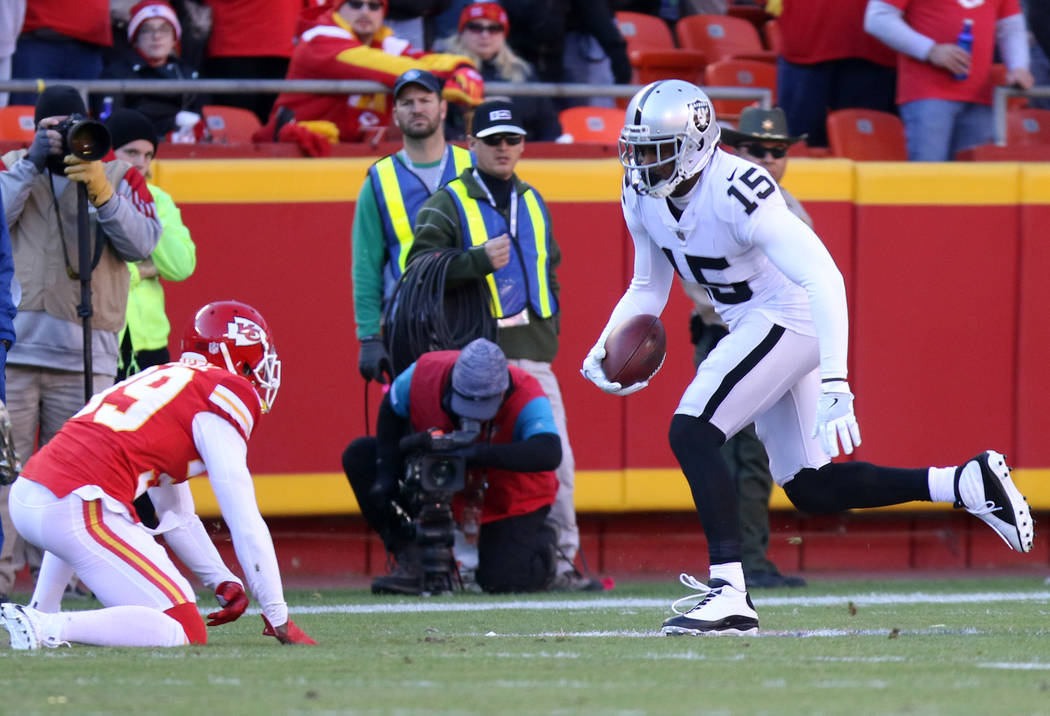 He might have to depart the region for that career to continue.

The Raiders are expected to move on from their wide receiver this offseason. There has been a measure of dysfunction behind the scenes of a 6-9 campaign that will conclude Sunday at the Los Angeles Chargers. Changes are coming, and sources have indicated those will include parting with a player whose production is not considered worth the baggage.

The move makes financial sense, too.

Crabtree is owed a $7 million salary in 2018, the third season of a four-year, $34 million extension he signed late in 2015. No dead money against the salary cap will accompany his anticipated release, given that extension included no signing bonus or guarantees in the deal’s second half. He turns 31 next September.

In 2009, the Texas Tech product was the No. 10 overall draft pick by San Francisco. He spent six seasons with the 49ers before moving across the Bay, signing a one-year deal with the Raiders. He quickly demonstrated his worth, earning an extension in December of his first season.

Crabtree caught 85 passes for 922 yards and nine touchdowns in 2015. He improved last season with with 89 catches for 1,003 yards and eight scores.

In 2017, the Raiders’ offensive production has been down across the board. To his credit, Crabtree has provided some bright moments. He caught six touchdowns in the first six games, including a 2-yard reception for the game-winning score with no time remaining in a 31-30 win over the Kansas City Chiefs in Week 6.

Production has settled of late. He ran five routes in Week 12 before being ejected for a tussle involving Denver Broncos cornerback Aqib Talib. The NFL determined that Crabtree punched cornerback Chris Harris Jr. on the preceding play, too, when levying a two-game suspension. Crabtree won an appeal to cut the suspension in half.

During the three games since, he has caught 14 of 33 passes for 99 yards and two touchdowns. He was held catchless on two targets in last Monday’s 19-10 loss to the Philadelphia Eagles.

His snap count was limited in the fourth quarter amid a hamstring injury, coach Jack Del Rio said. Crabtree was not listed on the injury report this week leading up to Sunday’s finale at StubHub Center.

He entered this weekend with 56 receptions for 601 yards and eight touchdowns.