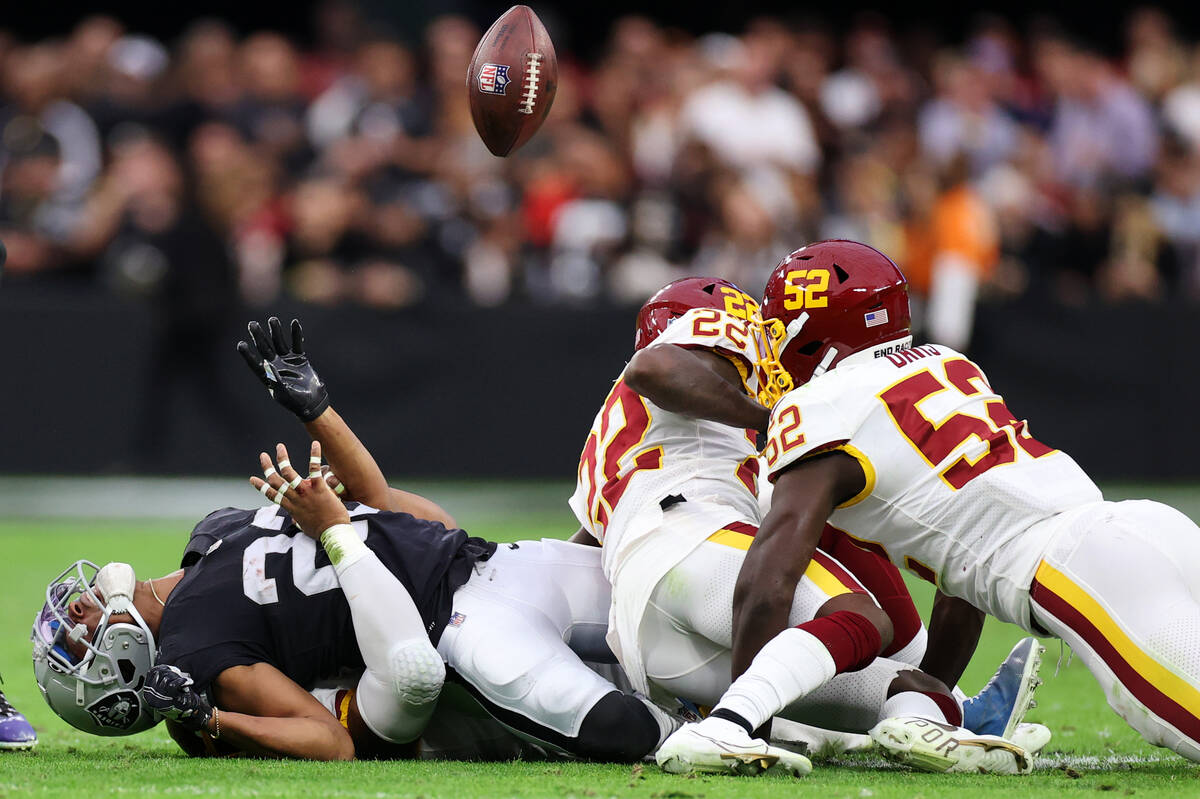 The Raiders got a chance to start their preparation for the Chiefs almost immediately after leaving the field on Sunday at Allegiant Stadium.

Kansas City hosted Denver in a prime-time game, giving the players and coaching staff an opportunity to do a little live scouting.

Interim coach Rich Bisaccia said he wasn’t able to tune in until late in the contest, but planned to watch the film on Monday.

“It looked like a hard-fought game by two teams that are playing really well on defense. Both to some degree struggled a little bit on the offensive side of the ball, which we can identify with as we’re sitting here,” he said. “So, we’ll see more of what the tape looks like as we get going during the week.”

Bisaccia is now classifying tight end Darren Waller as “day-to-day” after he was listed as “week-to-week” last week.

He confirmed the terminology was intentional and should be considered an improvement after Waller didn’t practice last week and missed Sunday’s game against Washington.

“He’s dealing with two things, the knee and the oblique or the rib, whichever one it is, and he got continually a little bit better toward the end of the week,” Bisaccia said. “That’s kind of why we kept him in the day-to-day, and then visiting with Chris (Cortez) today, our trainer, same deal. I just saw Waller a little bit ago. I think he’ll get hopefully going maybe out of the pool here in a few days or maybe even tomorrow.”

The news was far more ominous for running back Kenyan Drake, who will have season-ending surgery on his right ankle after breaking it early in Sunday’s games.

“He is going to need surgery,” Bisaccia said. “He’ll be leaving in a few days, I think going to Birmingham (Alabama) to take care of his ankle.”

Bisaccia added he hopes to have defensive tackle Darius Philon back at practice this week and wants to see cornerback Trayvon Mullen ramp up his activity ahead of a possible return to the lineup.

This year’s third-round picks Malcolm Koonce and Divine Deablo both saw their most extensive action of the season and made an impact for the Raiders on Sunday.

Koonce, a defensive end from Buffalo, was on the field for the first time and recorded a sack on one of his seven defensive snaps.

Former Virginia Tech standout Deablo expanded on the special teams role he has played all season and was on the field for 38 defensive plays. He had played just 26 all season before Sunday’s game.

“We think Divine’s been coming on in practice all the time and getting a lot more reps certainly at the will linebacker,” Bisaccia said. “We thought he did a good job, and he kept his role on (special) teams as well. It was good to see Malcolm finally get up there and have a chance to make a play … We’ll see what injuries do for us as we go through the next few days in practice. See who we end up dressing for us in the game.”

“You saw some of the speed that (Koonce) has,” Bisaccia said. “You saw some of the explosion that he has. If you looked at the punt rush tape, he had a really good rush one time. So, we’re hoping this time of year those guys are starting to play a little bit more.”