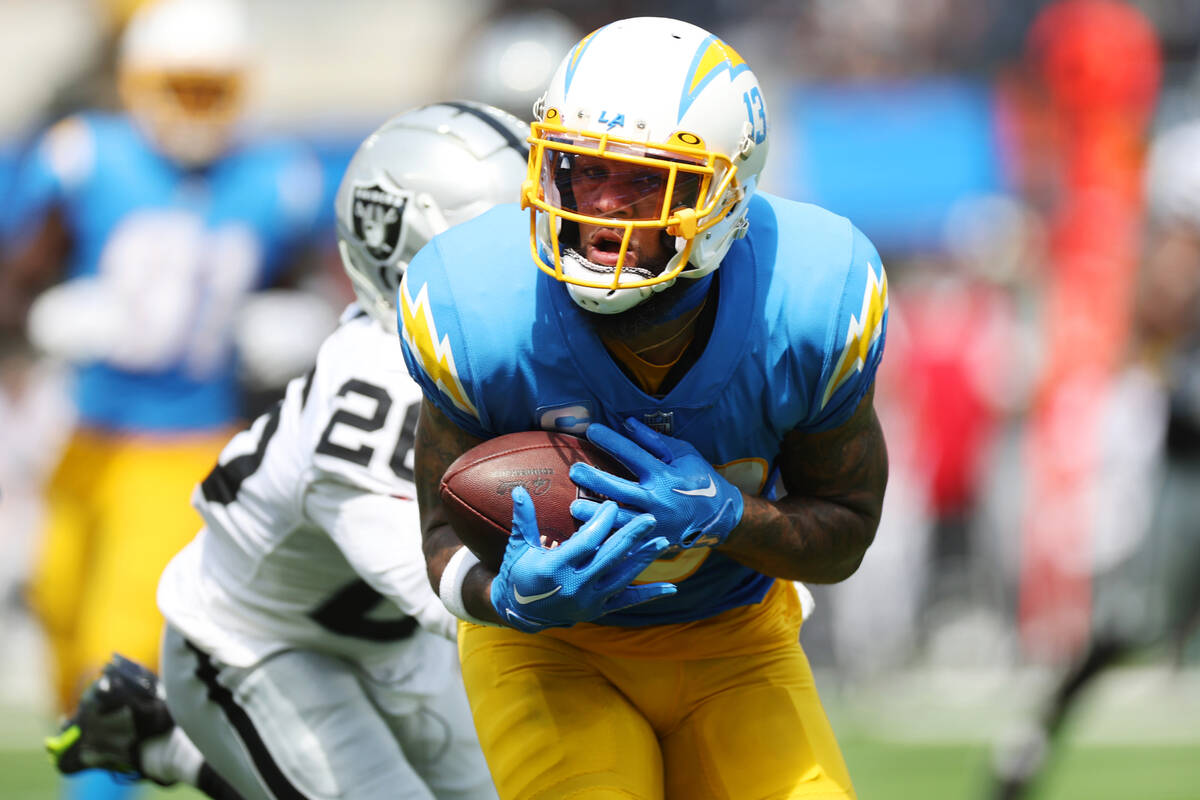 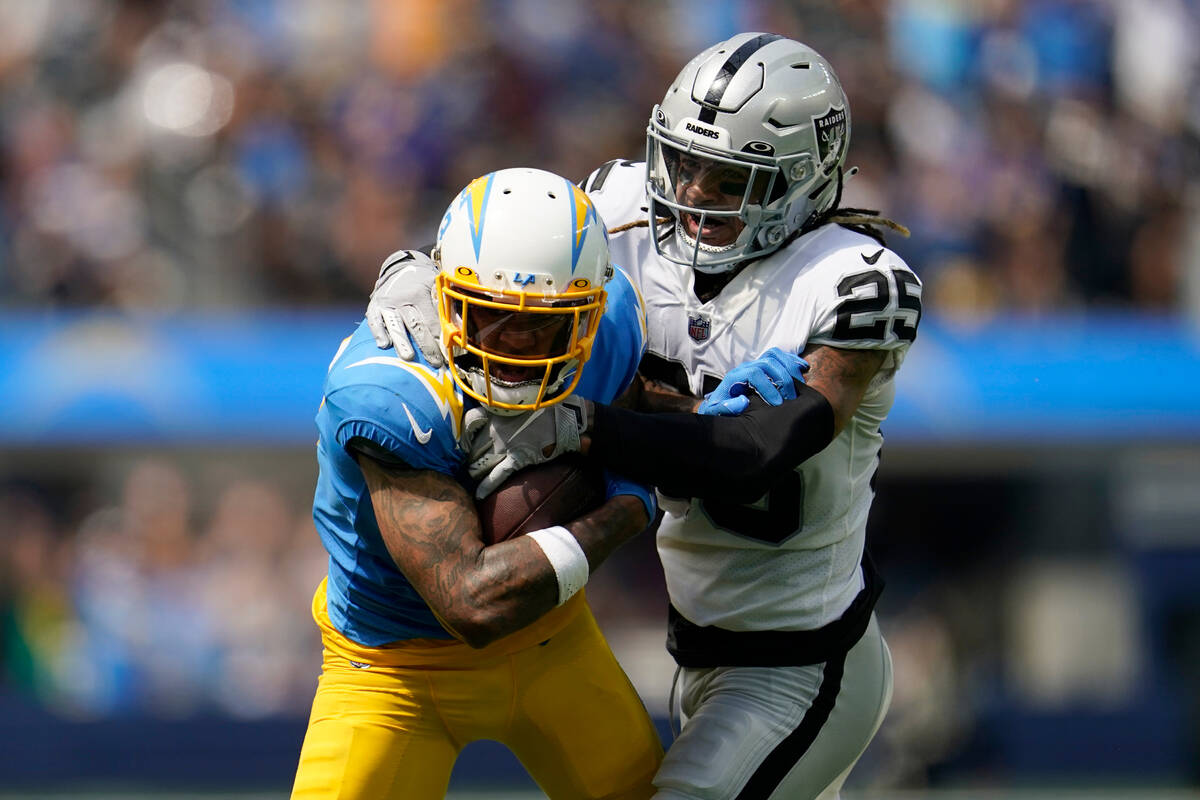 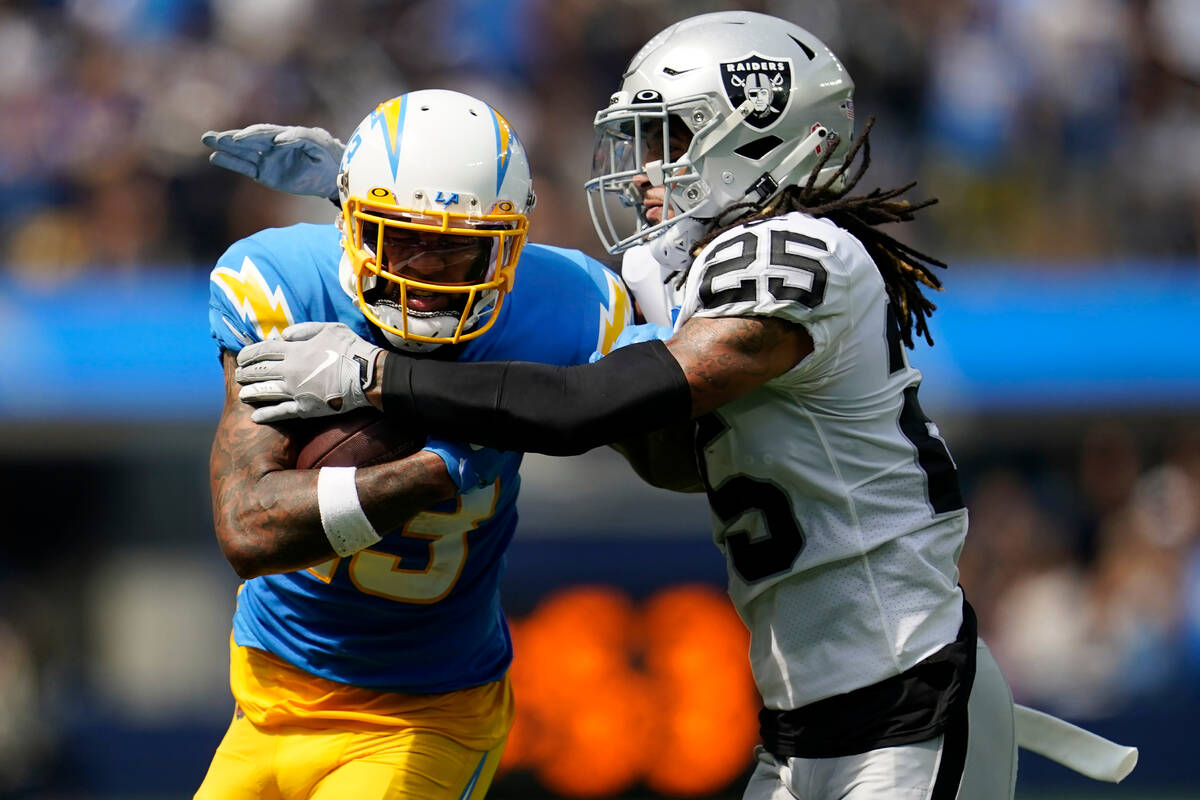 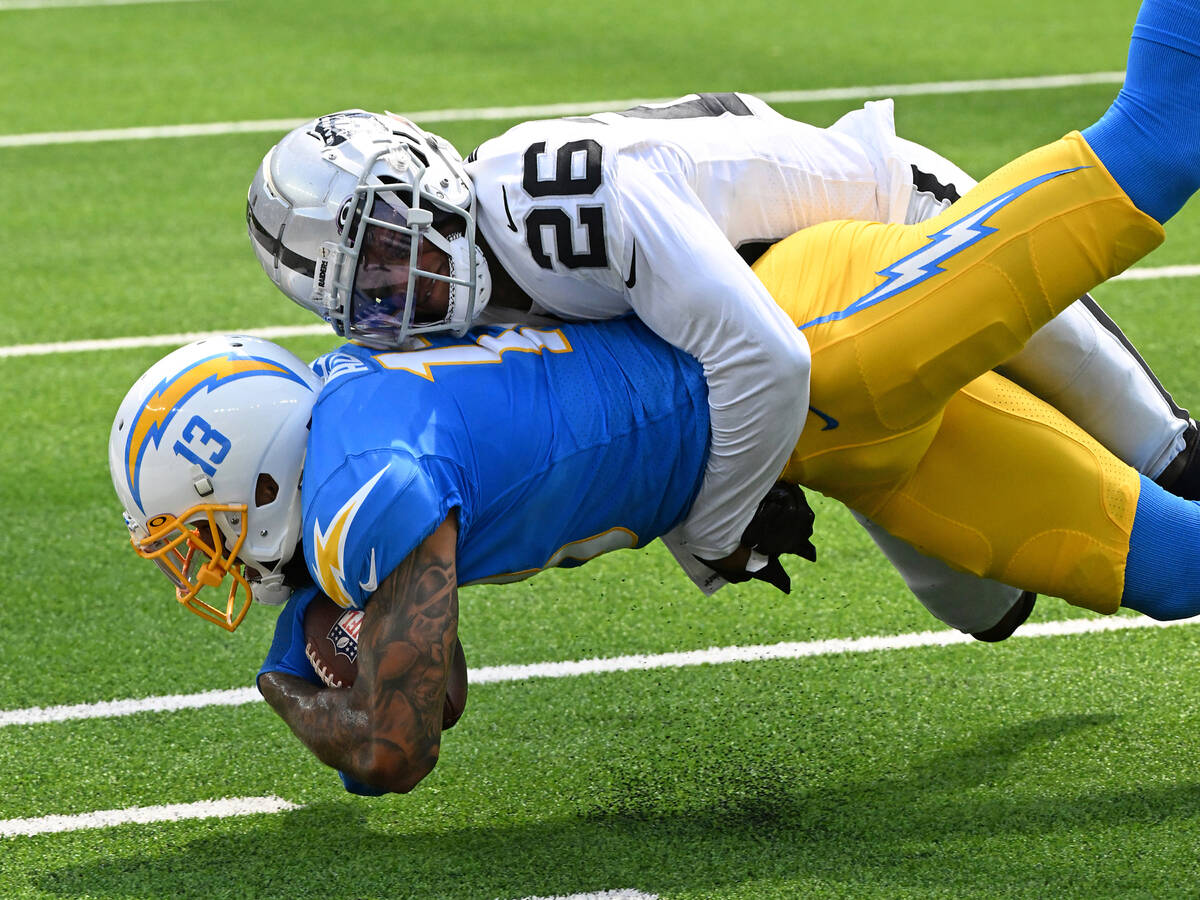 Keenan Allen added fuel to a fire that already has been burning bright with his comments about the Raiders’ secondary this past week.

The Raiders did their best to throw water on the flames.

“Keenan is a great player,” cornerback Amik Robertson said. “We can’t control his words. It is what it is. Our job is just to go out there and play football.”

They will have a chance to do that when they renew their rivalry with the Chargers on Sunday at Allegiant Stadium.

Allen told the Los Angeles Times it would be a mistake for the Raiders to try to play a lot of man coverage, which they do at the ninth-highest rate in the NFL.

“Barbecued chicken,” he said. “No doubt.

It’s the latest chapter in a rivalry that goes back decades and has only intensified since the Chargers relocated to Los Angeles and the Raiders arrived in Las Vegas. There is still a large contingent of Raiders supporters in Los Angeles, and their annual takeover of the stands for Chargers home games remains a point of contention among the fan bases.

The 2021 regular season culminated at Allegiant Stadium with the Raiders securing an overtime victory that sent them to the playoffs and eliminated the Chargers when a tie could have allowed both teams to make the postseason.

The Charges (6-5) exacted some degree of vengeance by winning the 2022 season opener at SoFi Stadium but lost Allen to a hamstring injury.

He’s finally back after missing seven games. Allen, who has made the past five Pro Bowls, has 10 catches for 143 yards in the past two games and scored his first touchdown of the season against Arizona on Sunday.

The 30-year-old believes he will add to those numbers against the Raiders.

“Protecting (quarterback Justin) Herbert and giving us (opportunities) against the back end,” Allen told the Los Angeles Times of the keys to Sunday’s matchup. “I think that’s where they lack at — the back end, the defensive backs. So we’ve got to take advantage of our shots.”

Raiders rookie cornerback Sam Webb said he hadn’t heard Allen’s comments because he was focused on getting ready for the game.

“That stuff doesn’t matter to me,” he said. “I just prepare every day and show up to play and make sure I’m on point with my assignments.”

The Raiders appeared to be well-schooled on avoiding an escalation of the trash talk. That starts at the top.

“I have a great deal of respect for Keenan,” coach Josh McDaniels said. “He’s done a lot of great things in our league, and I think our players have the same respect for him. Sometimes things are said like that, and you can use it as motivation certainly, but I don’t think it really has much to do with what’s going to happen between the lines.”

Allen has 97 catches against the Raiders, the fourth-most of any player against the franchise. But Webb said he won’t get caught in awe of the name on the back of the jersey.

“Nowadays, I just look forward to the competition and being able to get my name out there,” he said.

The most important thing for the Raiders (4-7) is winning a third straight game to keep their slim playoff hopes alive while putting a dent in the Chargers’ chances of a postseason berth. Those are the things that will continue to fuel the rivalry more than chatter.

Robertson said it can’t get much more intense than it already is.

“It’s been that way,” he said. “Words don’t change that. We kind of block all that out.”