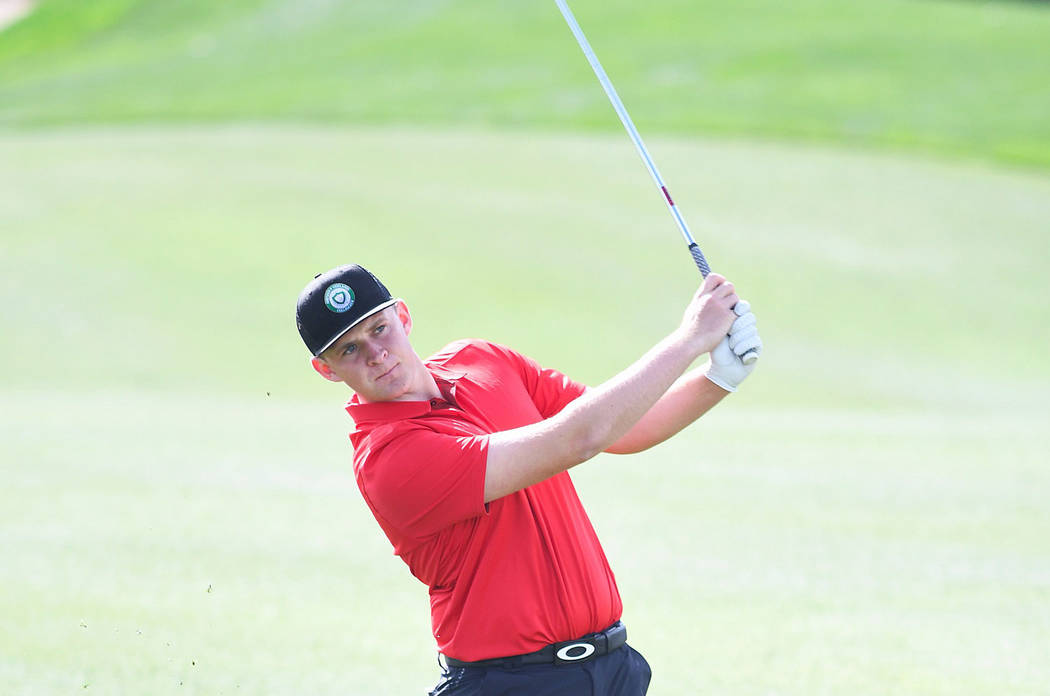 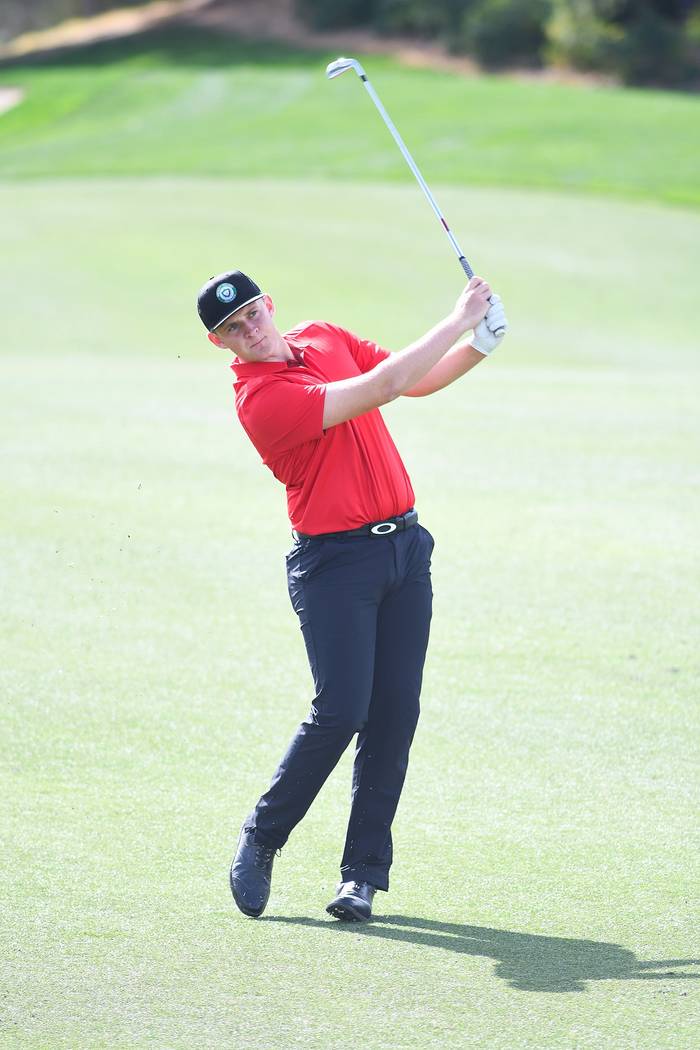 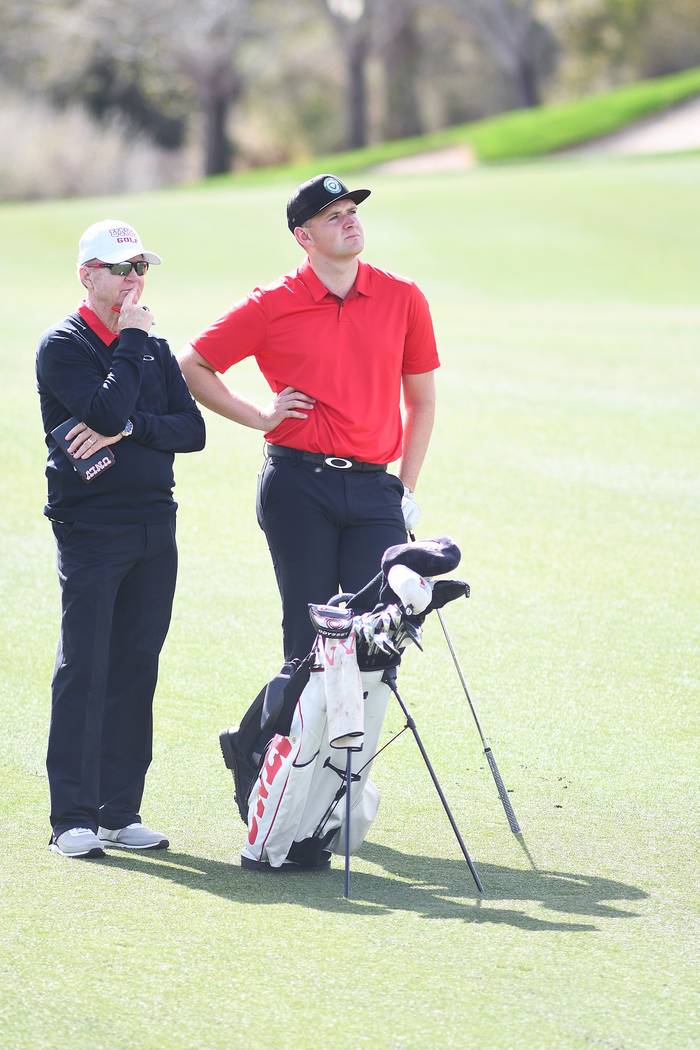 Upon a recommendation from assistant coach Philip Rowe, UNLV head coach Dwaine Knight recruited Harry Hall, who is from Hayle, England, as is Rowe. Hall is now a senior and the Mountain West Conference golfer of the year. Photo: UNLV men's golf/Steve Spatafore.

Harry Hall, a senior on the UNLV men’s golf team, was recently recognized as the Mountain West golfer of the year after winning twice and finishing with a 70.37 stoke average.

Hall hails from Hayle, England, and while playing professional golf always was an aspiration, beginning that journey at the collegiate level on the emerald green fairways of Las Vegas was definitely a “morphed” dream.

“It really is a coincidence how I got to UNLV because before the 2013 British Boys Junior, I hadn’t thought much about college golf in America,” Hall said. “I finished in the top 32, which was pretty good at the age of 16, and there were several American coaches there who started to keep in touch, but UNLV wasn’t a part of my thoughts until assistant coach (Philip) Rowe moved from Stanford to UNLV.”

Rowe, a great player in his day, also is from Hayle, and Hall was inspired by his future coach’s records and by seeing Rowe’s Walker Cup bag on display in the local clubhouse. When Rowe convinced head coach Dwaine Knight to bring Hall in for a visit, the Vegas courses and facilities of Shadow Creek and Southern Highlands convinced Hall to become a Rebel. Hall said the facilities at other schools recruiting him didn’t compare to what UNLV had.

“I have met so many tremendous people in Las Vegas, our facilities are amazing and we get to travel to play in the best college tournaments in the country,” Hall said. “Looking back, I wouldn’t change a thing and the opportunities I have had because of golf and being a Rebel have been unbelievable.”

Two of his teammates, sophomore Jack Trent and freshman David Rauch, also were named All-Mountain West this season and the Rebels qualified for the NCAA tournament for the 31st straight year, a national record. They begin play Monday as the No. 6 seed at the Myrtle Beach, South Carolina, regional and hope to finish in the top five teams and move on to the finals May 24-29 in Arkansas.

In honor of Mother’s Day, visit SNGA.org to get two rounds at Royal Links for $79. Rounds are valid from May 12 to August 31 and any golfer can purchase and play.