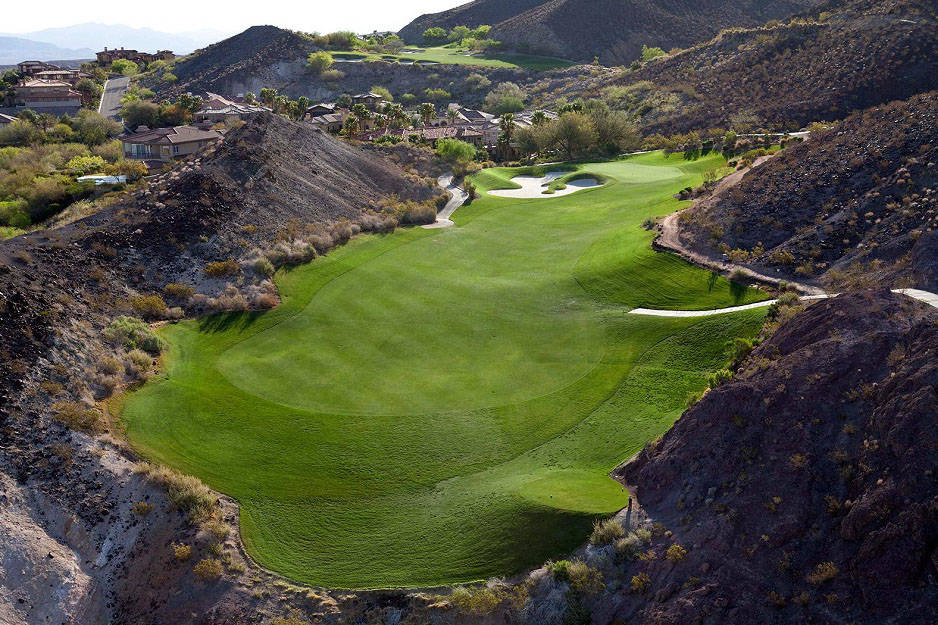 SouthShore Golf Club, a private course at Lake Las Vegas designed by Jack Nicklaus, was purchased Friday by a group of members who will invest in course improvements and guarantee it remains as a golf course forever. (SouthShore Golf Club)

A major public signal that the situation was improving at the once struggling Lake Las Vegas community in Henderson occurred in 2014 when Reflection Bay, a public Jack Nicklaus golf course that was ranked in the top 100 in America, reopened after being closed for five years.

Another major event occurred Friday when the sale was finalized for the private SouthShore Golf Club by Pacific Links International for an undisclosed amount to a group of 10 club members led by Ted Lachowicz. The course will be named SouthShore Country Club LLV.

While the trend of course closures continues in Southern Nevada and nationwide, the resurgence at Lake Las Vegas appears to be in full swing.

“There was a lot of uncertainty surrounding the future of the course, and when there is uncertainty, people always think the worst, and now there is absolute certainty about our future,” Lachowicz said. “There were several reasons we bought the course. No. 1, we want to ensure it remains as a private and exclusive club. No. 2, we want to protect and promote real estate values in all of Lake Las Vegas. No. 3, we want to improve all facilities and the overall SouthShore experience.”

Lachowicz said his group is well capitalized and plans to invest more than $1.25 million in course and facility improvements. The new owners also plan to work closely with Paulson and Raintree to promote golf and the Lake Las Vegas community.

Word of the sale has attracted new members, plus increased benefits are part of the plan. Along with SouthShore club benefits, members will have access to the Lake Las Vegas Sports Club.

“We are excited about the SouthShore sale to members who love the course and Lake Las Vegas,” Raintree executive Cody Winterton said. “Having members and residents as the owners is a great outcome.

“I think the golf business is successful when you have the right golf product, and we definitely have two great Jack Nicklaus golf courses. There are a lot of people who still want to play golf and who are looking to buy homes and live and retire in a thriving golf community that is guaranteed to remain as a golf community. We embrace the golf lifestyle and are committed to it.”

Eric Dutt, who previously served as vice president of golf operations at Cascata and Rio Secco, will oversee both Lake Las Vegas courses.

Tiger Woods hosts his annual foundation fundraiser May 18 and 19 at the MGM Grand, Topgolf Las Vegas and Shadow Creek. Spots are available for sponsors of the tournament, the poker event hosted by the World Poker Tour and private concert and auction.

Get three rounds of golf at Siena or Arroyo or a combination thereof for $99. Rounds can be played by Feb. 28.