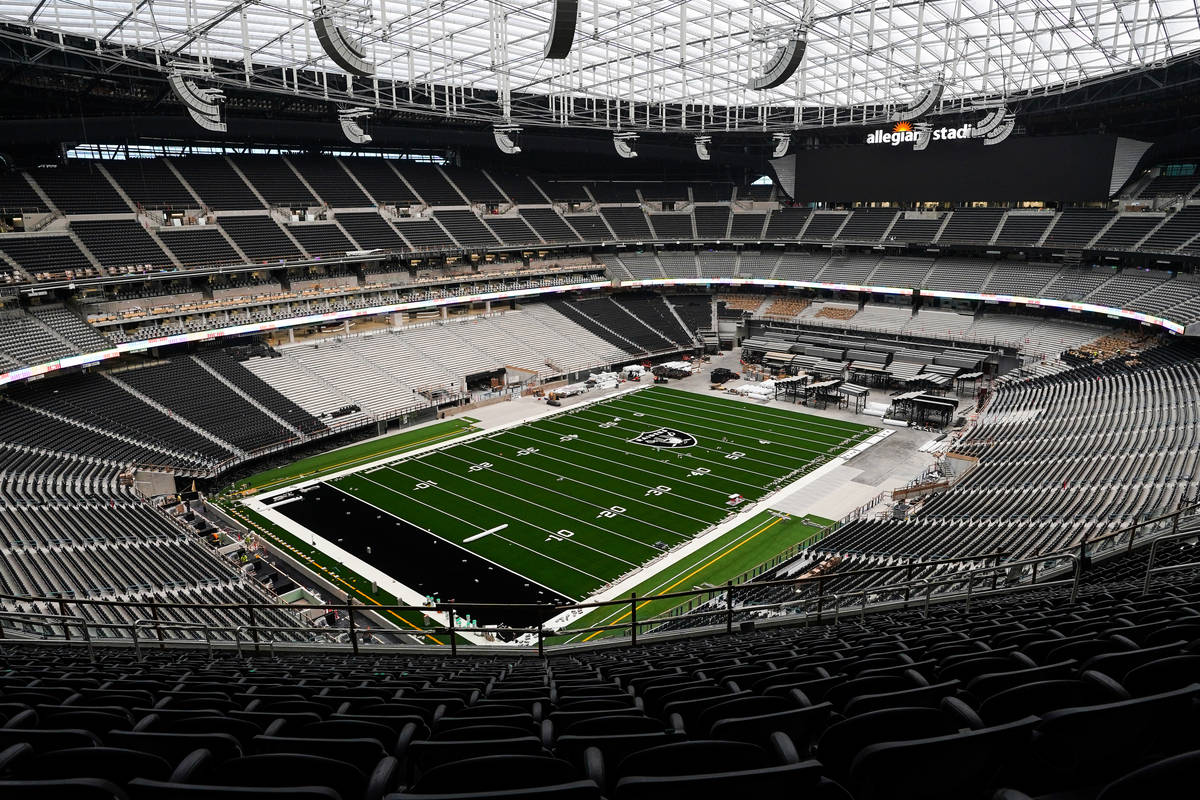 The dominoes are about to fall in a way that could forever alter the landscape of college football.

It was one thing for the Ivy League to cancel all fall sports on Wednesday due to COVID-19.

But then the mighty Big Ten followed on Thursday, announcing it would move to a conference-only schedule for fall sports, including football.

This is, as the song tells us, just the beginning.

What many have long assumed and yet were too despondent to accept has begun its onslaught upon the most powerful of collegiate sports. The coronavirus is officially sinking its teeth into football. Nobody yet knows how painful a bite it will be.

Reports on Thursday were that the Pac-12 will soon announce its intention to also play only conference football games, a move that would devastate UNLV’s schedule as it prepares to make Allegiant Stadium home under first-year head coach Marcus Arroyo.

The Rebels are set to host California in the stadium’s first non-exhibition football game on Aug. 29 and Arizona State on Sept. 12, but not if the Pac-12 does as expected.

And, really, why shouldn’t it at this point?

Same for the Southeastern Conference and Atlantic Coast Conference and Big 12, the latter in which UNLV is supposed to play at Iowa State on Sept. 19. Good luck with that.

Those three Power Five leagues above are reportedly taking a wait-and-see approach before coming to any final decision on scheduling, but who are we kidding?

It will be perilous enough for athletes and coaches potentially testing positive after facing conference opponents. To think of competing against those from other leagues that won’t be following the exact same health and safety protocols is nonsensical.

So too right now is the idea of flying to games. That goes for all conferences, Power Five or not.

“I’m really concerned,” Ohio State athletic director Gene Smith said on a conference call. “In our last conversation, whenever that was, I was cautiously optimistic. I’m not even there now … I am concerned that we may not be able to play. Which is why (the Big Ten) took the measure we took — in order to try and have September available to us for conference games and give us the flexibility and control to handle disruptions if we’re able to start a season.

“I’m concerned about where we are, just across the board, relative to the management of the pandemic as individuals.”

It’s probable that such a move by the Big Ten and others Power Fives to follow is merely a way to buy time in case the pandemic doesn’t slow and football is pushed to the spring.

Remember, however, major college football is at a different financial level when compared to other sports.

Power Five leagues will fight like nobody’s business for fall football on television.

They certainly won’t do so for those non-power conferences being cut off at the proverbial knees.

Fact: Power Five schools bask in the riches of a football playoff format they designed to specifically keep Group of Five schools on the outside looking in.

And you think major schools are suddenly going to have a fit of conscience over someone like UNLV taking a gigantic hit to its already bare-bones budget over lost games? Over possibly having to refund money in a year the Rebels have set records for football ticket sales?

More likely, and this is taking a long-term glance even in the middle of a pandemic, we might be witnessing the start of what has been predicted for decades. That at some point, a specific number of college programs will be separated from all others once and for all. Majors over here, minors over there, never to connect again.

Maybe this sort of crisis will aggressively push things down such a path.

What we do know is that college athletics are lost in a chasm of COVID unpredictability, where nearly 60 Division I sports have been cut nationally and axes will fall on more, where more coaching and administrative jobs will be lost, where countless budgets are set to be hacked.

Because when a marble starts rolling down that hill of drastic change like it has this week, well, just try stopping it.

“It’s a tremendously tough time for families,” said former UNLV athletic director Jim Livengood. “I can’t imagine what educational leaders are going through right now. From pre-school to graduate school, there are tough and life-changing decisions ahead.

“And now, you throw in collegiate athletics.”