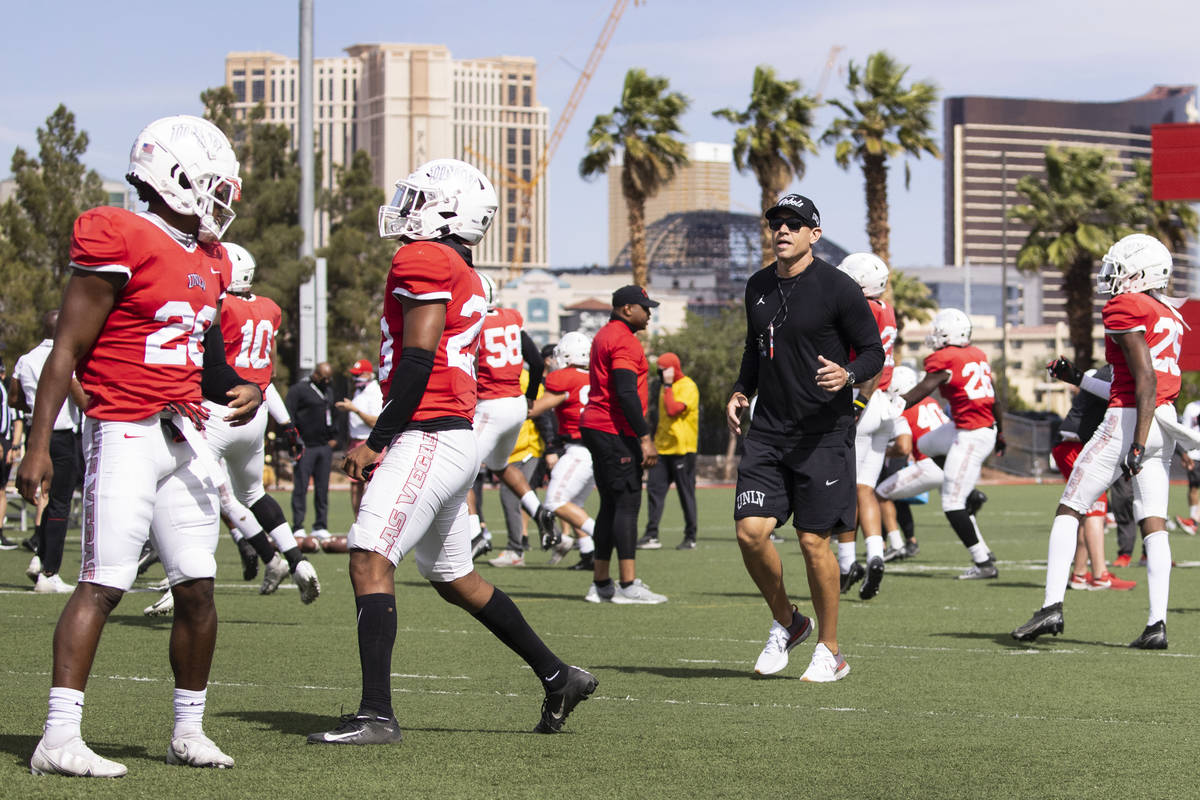 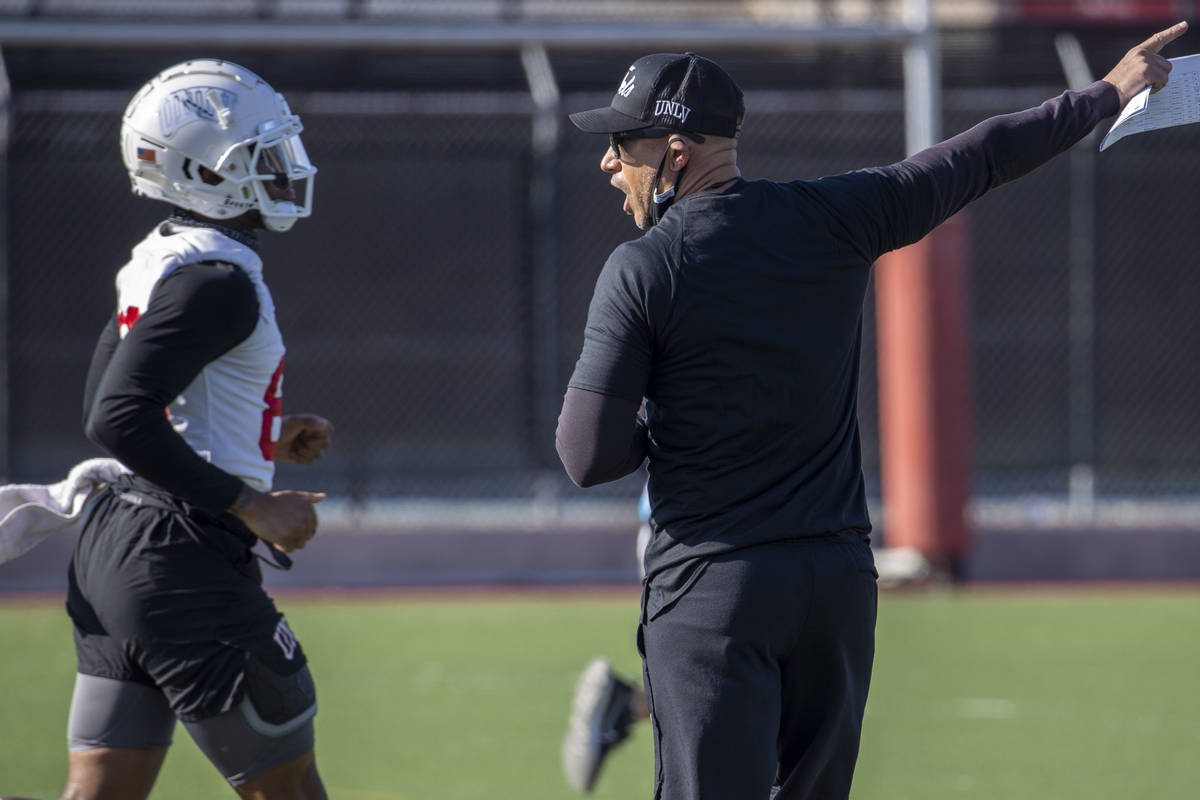 There was a video montage being re-tweeted like crazy this past week of numerous head college basketball coaches being introduced at their new jobs. One by one, they offered the exact same message.

OK, so maybe they didn’t all include that last part.

College football coaches say it a little differently. Building culture is their favorite expression. It’s cited more than players leaving everything on the field and, my personal favorite, needing to play a full 60 minutes.

Marcus Arroyo, UNLV’s second-year head coach in the midst of his first spring workouts, continues to develop his own culture at UNLV.

Such an exercise was cancelled for most programs nationally last year due to the pandemic.

For the first time all spring Saturday, media members were allowed to watch a complete UNLV practice as the Rebels held a second of three scheduled scrimmages. A smart decision by Arroyo.

However culture will ultimately be defined under him, fixing what is an understandable apathy problem among UNLV football fans is paramount. When a program has one winning season since 2001, most tend to rightly find other interests.

Winning is always the best option for bringing them back. Maybe the only one.

But there are other ways to ignite a sense of curiosity that doesn’t exist now beyond those waning diehards.

You won’t find a collection of potentially better and more inspiring human interest storylines than those on a college football team. The more those covering it have a grasp of all that encompasses a roster, the better you come to know it. Be interested in it. Maybe even want to support it.

In a town where the opportunity for coverage is being swallowed whole by the Raiders and Golden Knights, promoting one’s product via several different entities becomes even more significant. Unless you don’t want such interest, which would bea much bigger problem.

I’ve said and written often that there is every chance UNLV sets a record for football attendance once it can welcome fans to Allegiant Stadium. That should occur this fall. The key then becomes convincing those mainstream folks who attend games only to experience the venue without having to pay an NFL’s ransom for tickets to return.

That’s where the winning part comes in.

Culture is defined differently from one program to the next. Alabama’s is having the country’s best coach instruct the country’s best players and beating everyone in the country. Arroyo’s challenge is to defy recent history and build a team much better than a Mountain West bottom-feeder.

Yes, everything is relative.

“Spring for us started in January, when we had our first offseason training for four weeks,” Arroyo said. “It started in the weight room. That part of our program is a huge piece, to get in there and develop our bodies and minds and then get out here and transition into some ball. Those pieces are a really big deal for our culture.

“Our challenge is to not let them get comfortable or complacent.”

He needs much better players for a long-term fix and has begun such a process by signing the highest ranked recruiting class in school history. But if that 75-minute or so scrimmage Saturday is any indication, he right now has a team both energized about and desiring to improve. They got after it.

I would say it appears to be a side that wants to play a full 60 minutes, which remains my least favorite football cliche.