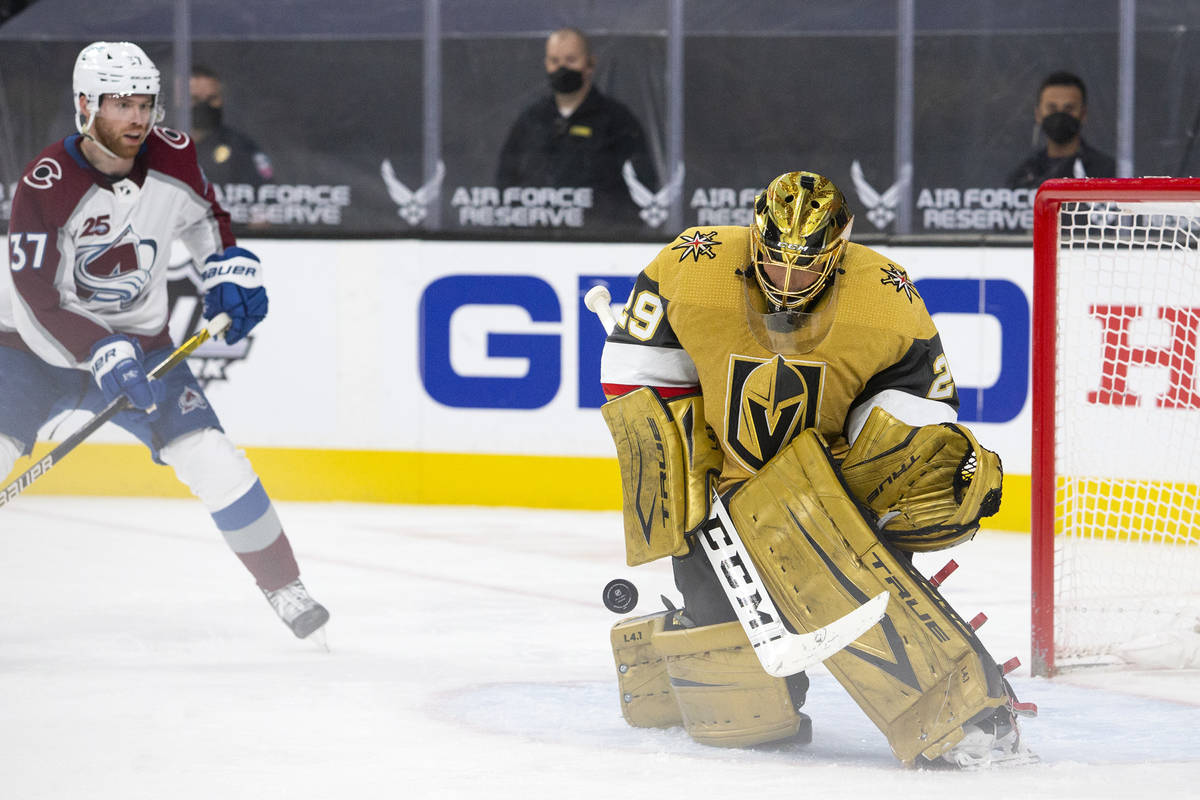 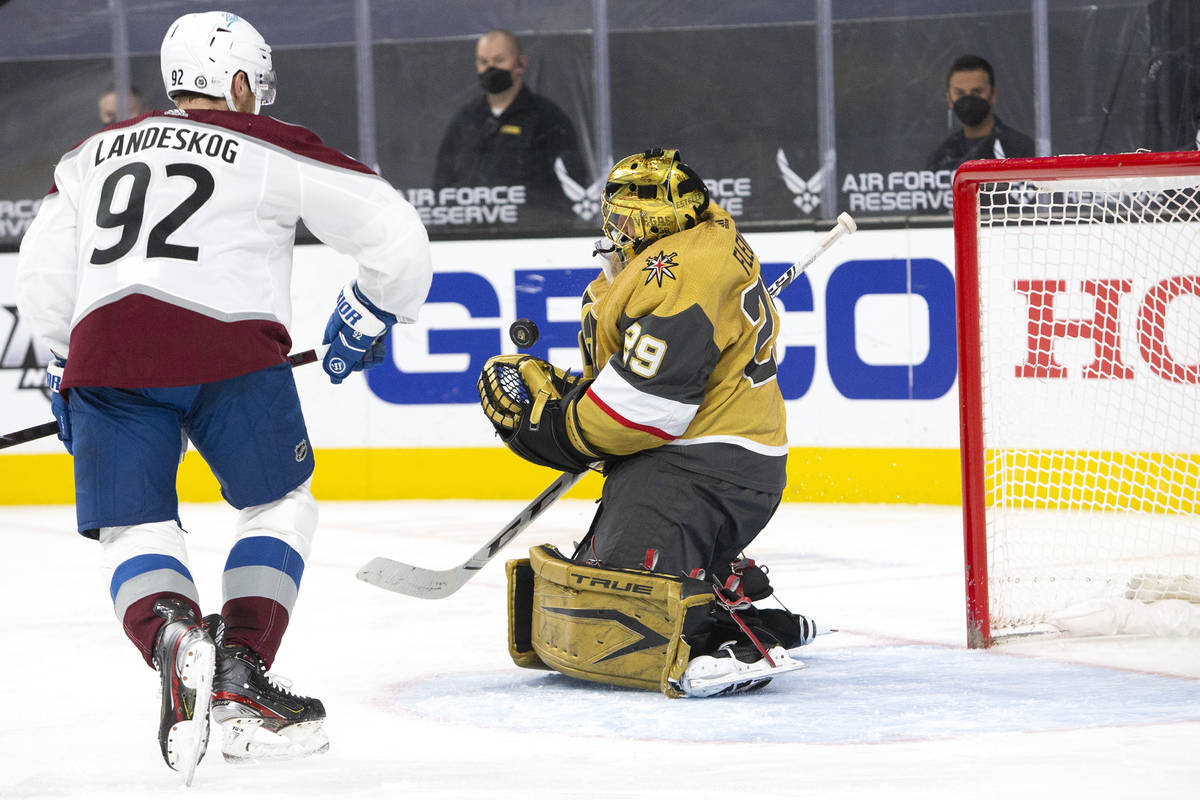 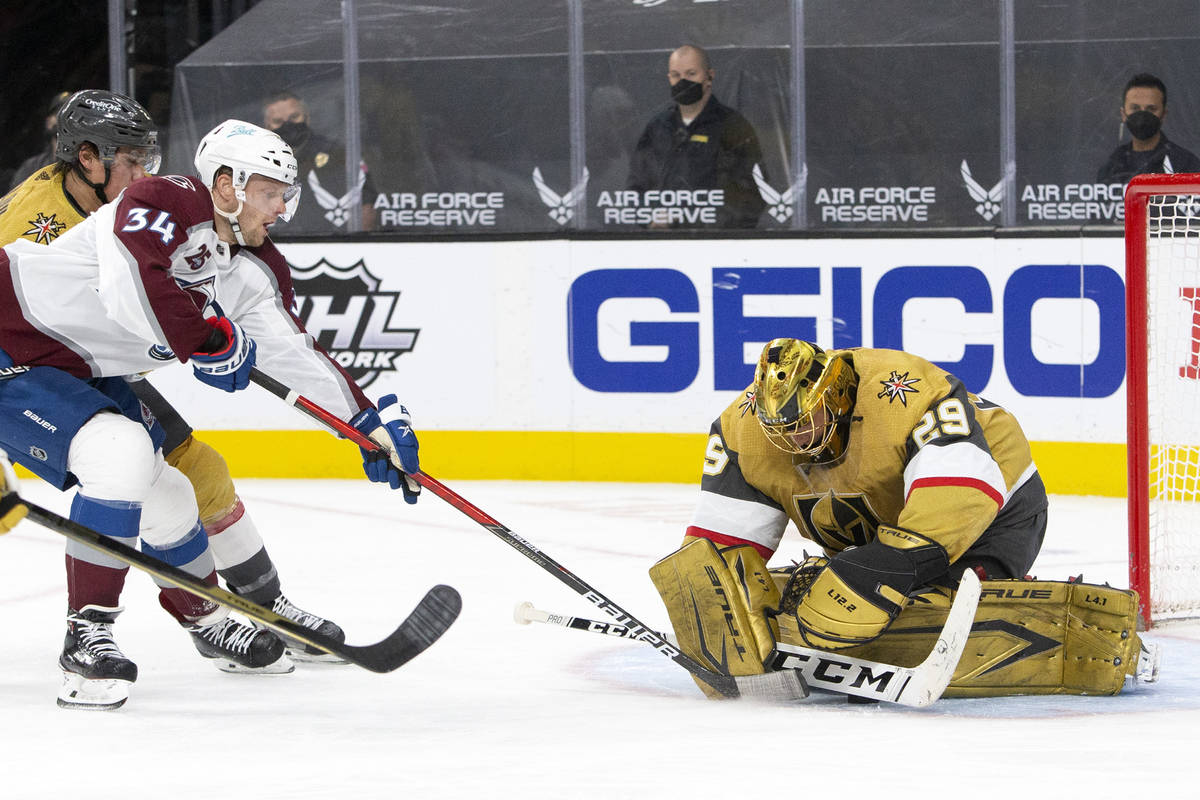 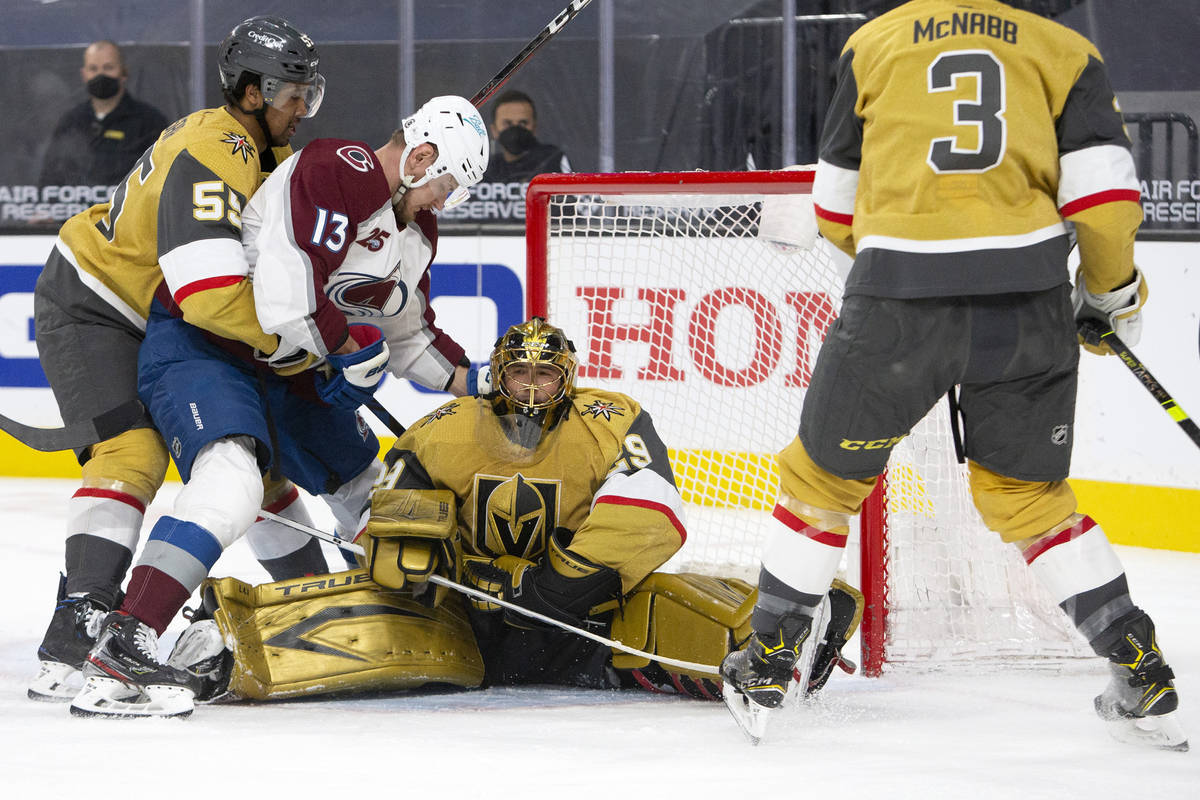 It might not be official, but things have reached city limits: Consider the Golden Knights the best varsity team in the Honda West Division.

The Knights beat Colorado 5-2 on Wednesday night before 3,950 at T-Mobile Arena, creating what should be an insurmountable cushion between them and the Avalanche for first place.

And, yeah, that matters a lot.

And, yeah, those in the lead hate to even consider having such an edge.

“A huge, huge result for the standings,” Knights coach Pete DeBoer said. “It gives us a real chance. We still have a lot of business to take care of over the last two weeks, but it sets up that our destiny is in our own hands. Which is at least what you want heading into the last few weeks of a season.”

The Knights have eight games remaining and a six-point lead over the Avalanche, meaning DeBoer’s team would have to suffer a total collapse not to wear the crown of division champion.

When you have won 10 straight — as the Knights have — such a thing seems less likely than Marc-Andre Fleury abandoning the poke check.

By the way, he had another beauty Wednesday. He stopped all but two of 37 shots. The Knights would have been chasing instead of tied at 1-1 after one period if not for Fleury. He was really good.

Colorado has nine games left and all but one are against junior varsity squads of the Kings and Sharks. The other is against these same Knights, but by then the West playoff seedings should be determined.

I’m not sure Wednesday qualified as an appetizer, but only because of how electric the main course could be.

It has to happen, right? The Knights and Avalanche need to settle things in a second-round playoff series. One has to beat the other to advance. One has to prove better to live for a final four of the NHL tournament.

“It’s going to be a tough ask for anybody to beat that team,” DeBoer said. “We’ll just take the win tonight and enjoy it and think about that when we have to.”

Yes, we’re talking playoff hockey, so it’s not as if the stars would need to align perfectly for a Minnesota or St. Louis (or both) to spoil such a desirable matchup with first-round upsets.

I can’t call on the Hockey Gods to avoid such things. I used my one wish up this week when asking those of the baseball variety to get Mookie Betts’ bat going.

Guess we’ll just have to count on the two varsity powers holding up their ends.

The Knights against Colorado won’t look like this if things ultimately reach such a point, mostly because both sides almost surely would be at or close to full strength.

Colorado was missing wingers Mikko Rantanen and Joonas Donskoi and goalie Philipp Grubauer on Wednesday. The last guy is the most important. Grubauer is like Fleury in that each could win a playoff series by himself.

The Knights are also hurting in spots. DeBoer is one more injured center away from searching for help during open ice hours at City National Arena.

“We’re in a good position right now; however, we know we have to play better when they have their full lineup,” Knights forward Max Pacioretty said. “This was kind of a tricky game. It was our first in three days, and they were missing some guys, so it didn’t seem as sharp as when we normally play each other.

“That being said, we’re in a good spot.”

This is how things should end in the West. These two facing off in a best-of-seven.

For now, it would appear a good bet that the Knights could soon be selling Honda Division champion T-shirts.

In other words, save all your spare cash and then some.