They heard about it from afar this time last year, another team celebrating in a way only capturing a state championship creates. The screaming, the hugging, the unbridled exhilaration.

Centennial High’s softball team had been eliminated in a loser’s bracket final, meaning players like twins Samantha and Natasha Lawrence would receive just one more opportunity to claim the highest of prep honors.

Their senior season. This season.

The season cut short by a global pandemic.

“I think the hardest part was we didn’t even get the chance to try and (compete) for state,” Samantha said. “It just ended. We went online one day and read that all high school sports had been canceled. We wanted that chance as a team to try and win state and make that one of our final memories.”

They are like countless seniors across the valley this week when state tournaments for the Nevada Interscholastic Activities Association would have been staged in numerous divisions. Baseball. Softball. Boys volleyball. Boys golf. Track and field and swimming for boys and girls.

You know that idea about if you prepare well enough, your opportunity for success will eventually come?

Yeah. Not this time.

‘How serious it was’

The realities of COVID-19 changed everything, and prep athletes across the nation came to understand that the prospect of winning state titles in their respective spring sports in 2020 no longer existed.

It’s certainly not the gravest of consequences born from the coronavirus — not much of anything when compared to those suffering most — but significant just the same for coaches and athletes intimately involved.

The difficult part can be convincing many, especially teenagers who exist within a bubble defined by a massive sense of invincibility, why such determinations were made. They know only of how much work went into the journey. How much sacrifice. How often they dreamed of being the ones to scream and hug and celebrate.

“A lot of college players are getting the opportunity to come back for another season,” Natasha Lawrence said. “High school seniors don’t get that chance. It sucks, to be honest. I think when a lot of us first heard about the virus and that school could be canceled, we thought it was a joke. We never thought it could really happen.

“But then we learned how serious it was.”

High school sports are unique. The next time a majority of athletes might compete following gradation is college intramurals.

Or maybe years later in an adult recreation league. Or in a beer league with lots of beer. Or maybe never again.

Most play a final high school game, later walk across a stage, receive a diploma, flip a tassel and leave sports behind. Some earn full or partial scholarships to compete collegiately. Some walk on to do so. Most are just finished.

What it means: For teams that prove the best in a given sport and division, the state tournament signifies a sort of summit for many across rosters.

Matt Johnson is boys volleyball coach at Coronado, his team having lost to Palo Verde in a state final last year. The Cougars returned three seniors and were in the middle of a match when an alert came over Johnson’s phone in March. Rudy Gobert of the Utah Jazz had tested positive for the virus. In that instant, Johnson knew.

“If the NBA was going to postpone its season and other pro leagues were following, high school sports were close behind,” he said. “It all happened so fast. We never really got a chance to wrap our heads around it. It wasn’t just about trying to compete for a state championship. It was experiencing the ups and downs of a season, the camaraderie, the bus rides, growing and coming together as a team, things we might take for granted in other years.

“I think most kids realize there are a lot bigger things at play here with a pandemic. I haven’t spoken to any that are distraught over not playing. They’re mature enough and intelligent and understand this is part of life. I feel for them. The idea of not being able to try and make state is heartbreaking.”

Sometimes, there is even an extra dose of motivation.

Sonja Lawrence was a sophomore for Centennial’s state softball champion in 2013.

She would later graduate and pass the proverbial torch to her twin sisters in the hopes they too might know such joy.

“We wanted to try and win one like she did,” Samantha said. “You never get an opportunity like that back. All of a sudden, it was just over.”

Silenced for all those seniors across all those sports hoping to make a run. 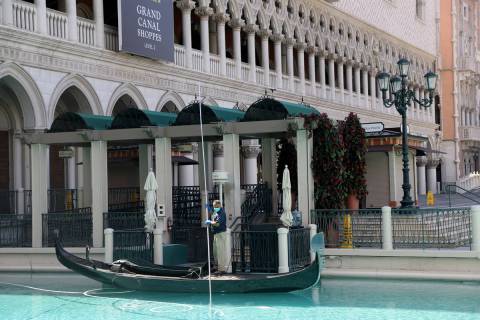